The ancient Andean “Pachamanca”, is a traditional way of cooking food underground and is still alive today in the Sacred Valley of the Incas and the Cusco region. This traditional form of cooking is centuries old and involves cooking in an earthenware oven, under the ground and is used for special occasions. In Quechua, one of the native languages of Peru and the language spoken by the Incas. 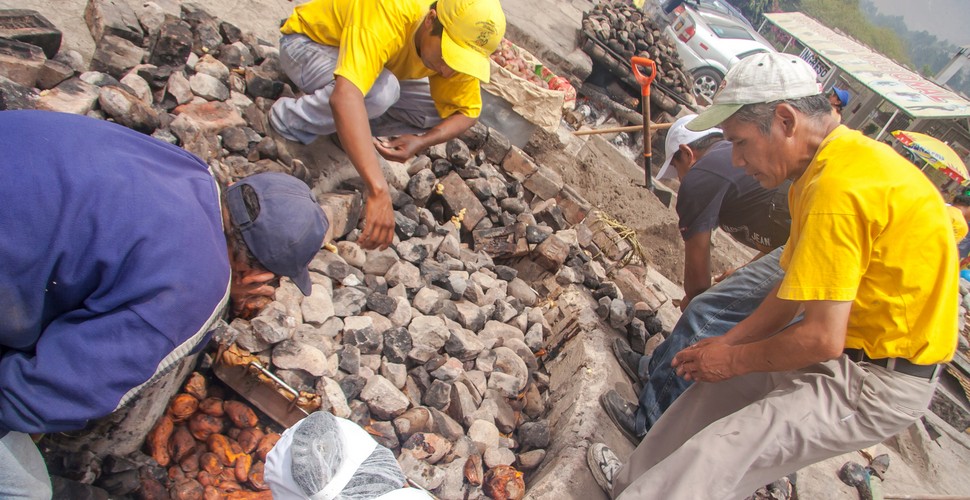 “Pacha” means earth and “Manca” means oven so is a direct translation of what it actually is! 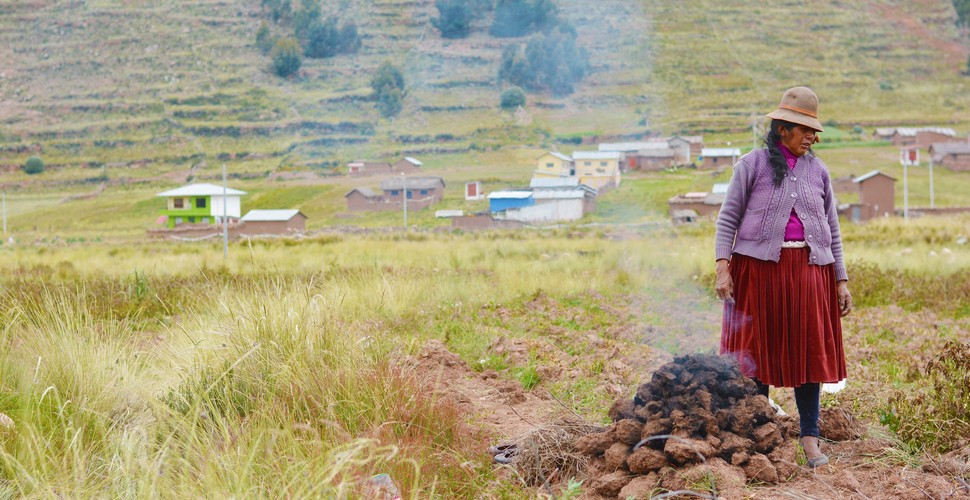 It is estimated that the Pachamanca tradition is over 8000 years old and was widely used as a way of cooking before ovens were even invented. This traditional form of cooking was usually a family event to celebrate special occasions, revered occasions and the centre of social activities in the rural Andes. 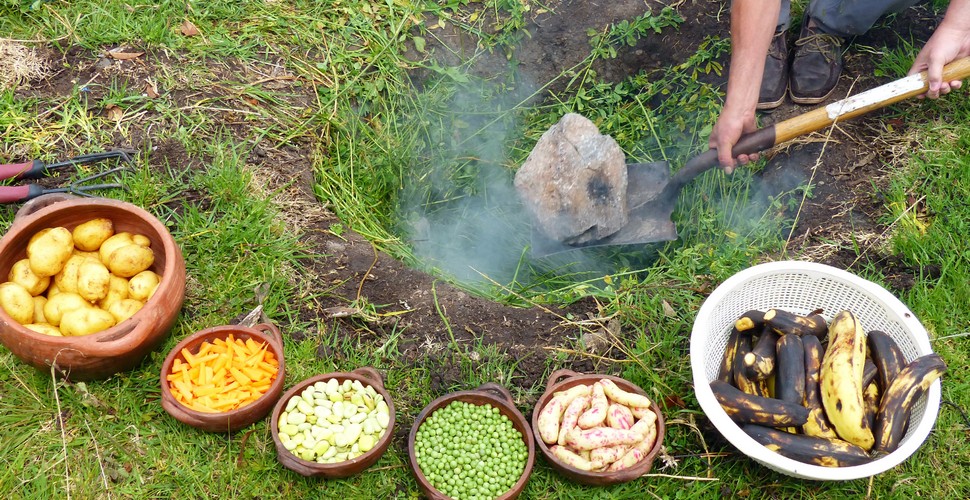 This tradition wasn't only to celebrate family occasions but also as an offering to the mother earth or “Pacha Mama” or to receive special blessings from their Gods in ancient Andean tradition. 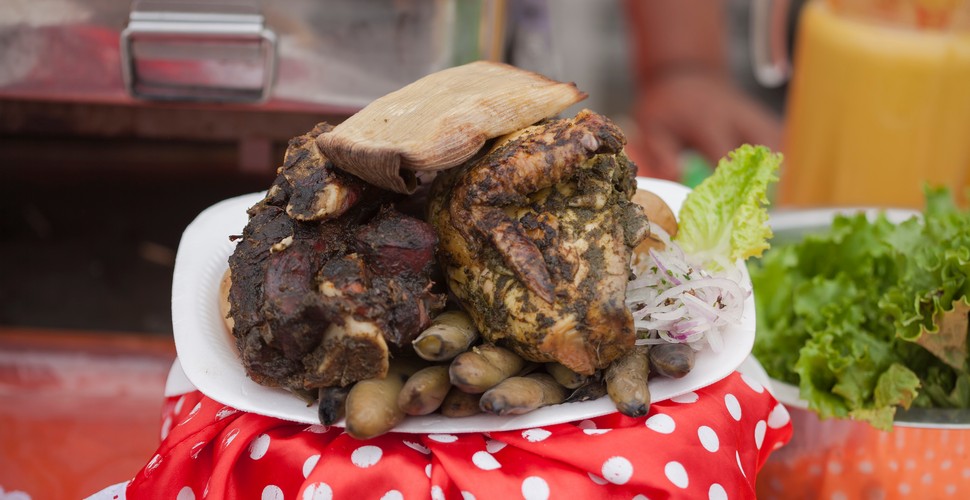 Traditional fare from a Pachamanca

The Peruvian Pachamanca takes quite a lot of preparation and involves an early morning visit to the market to buy the meat of choice, which could range from beef to chicken to guinea pig - the local Cusco and Sacred Valley delicacy. These are usually served with potatoes and a mixture of vegetables. 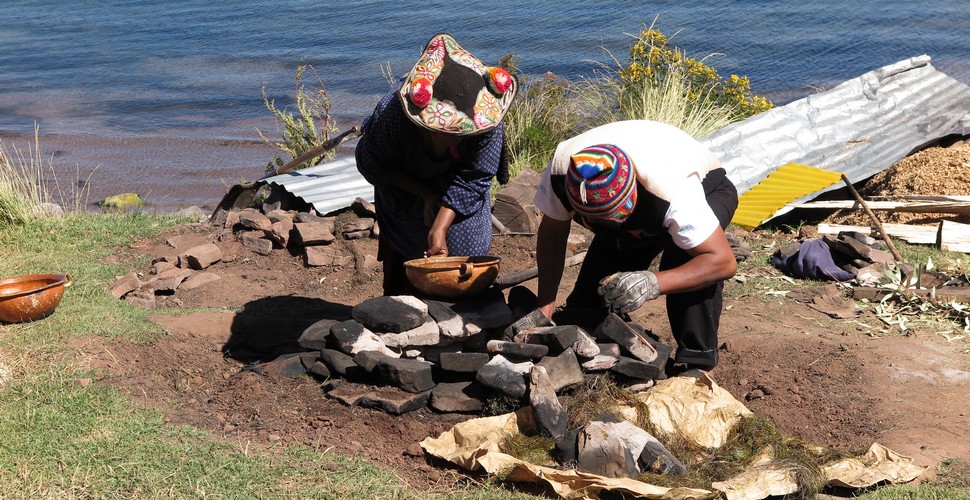 Pachamanca on the shores of Titicaca

Whilst the meat is marinating, it is time to ‘dig a hole’ and surround it with stones and chopping the firewood to be used for the oven. The temperature of the oven is important and the surrounding stones are also vital in retaining the adequate temperature to cook the meat and vegetables. 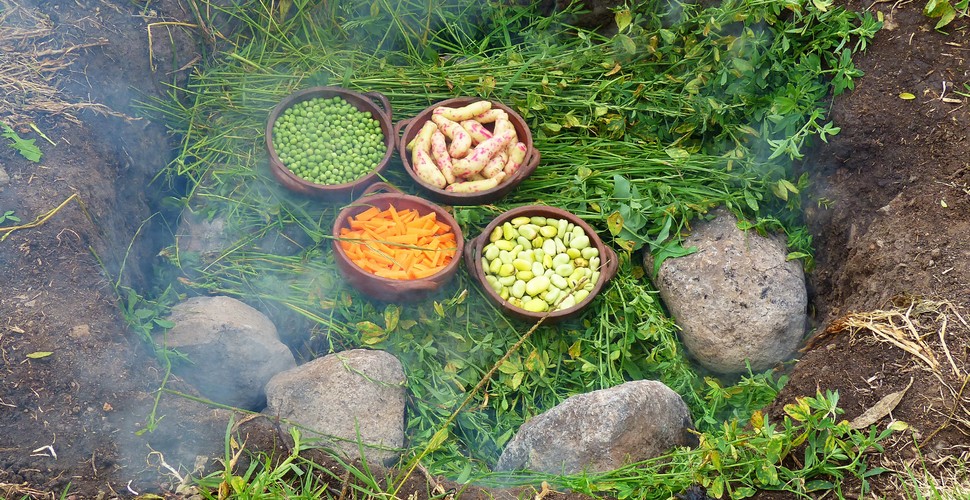 The potatoes are in!

The first ingredients to go into the hole are the potatoes and hard vegetables such as carrots, sweet potato etc. The native Peruvian potato is vital for Pachamanca of course and these vegetables are covered with the hot stones and the meat is put on top of the stones. There are then more stones used to cover the meat and local herbs such as Huacatay and mint along with extra vegetables such as corn are placed on top. This whole underground oven is then covered with earth and grass and the ingredients are left to cook for about 40 minutes. 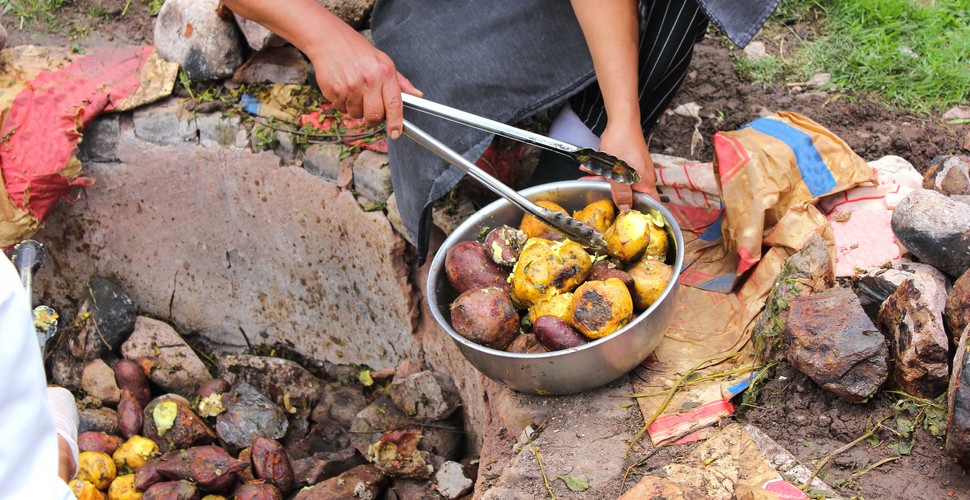 After 40 minutes, the whole Pachamanca is carefully unfolded and the ingredients are taken out. The grass, the stones and the herbs are removed and the food is placed on plates in layers. 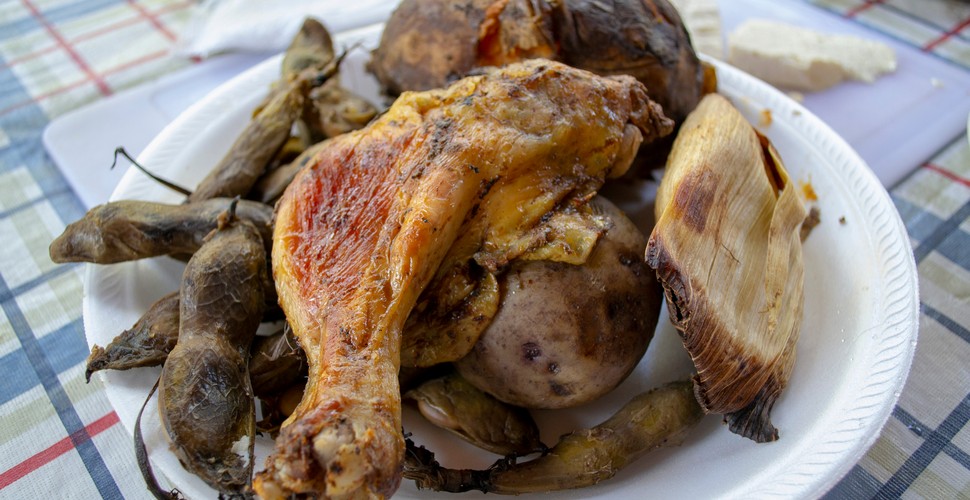 These platters are then placed on the family dining table and accompanied by traditional sauces and the local delicacy “chicha” or fermented corn beer. The meat is usually so tender it falls off the bone and the potatoes and vegetables are perfectly cooked and the delicious smells wafting all around. 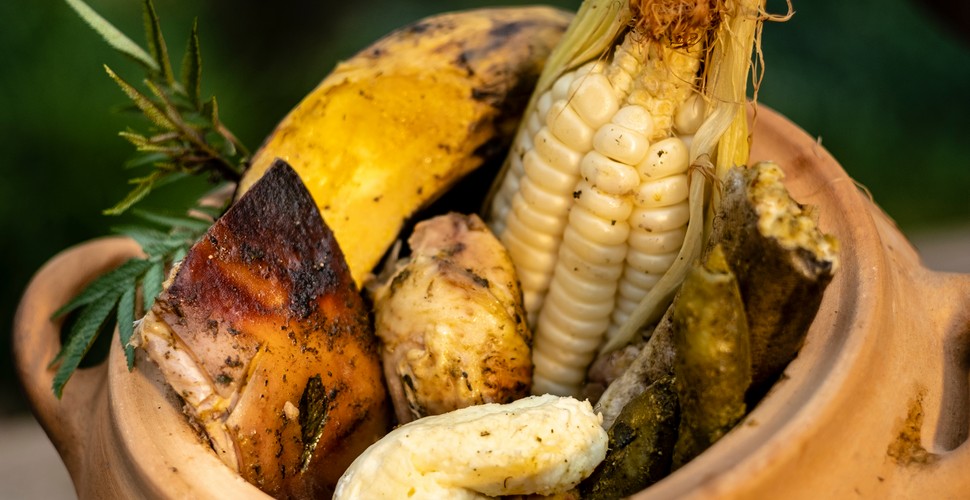 Pachamanca in an earthenware dish

It’s now time for the family to “dig-in” and eat this delectable traditional dish and share their stories and family history, which sometimes date as far back as this ancient tradition. 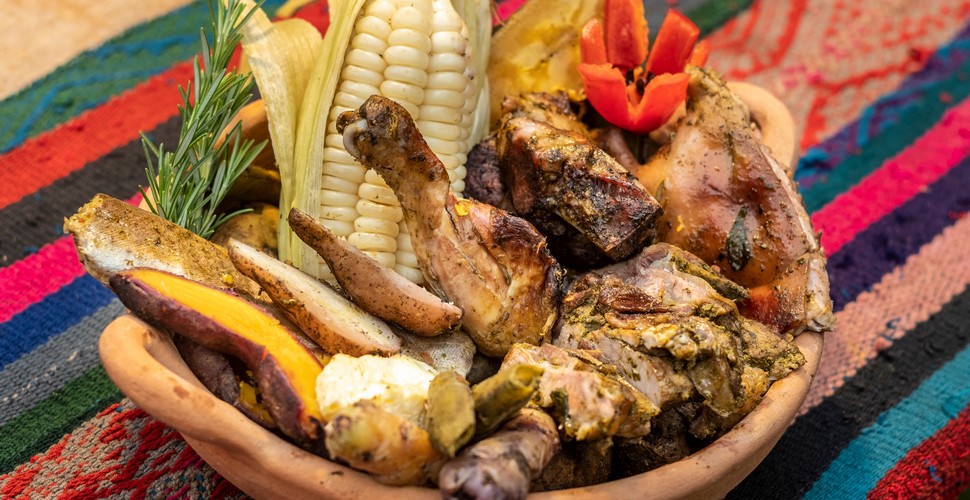 You are able to experience this traditional form of cooking at a number of designated places in The Sacred Valley, just let us know and we can arrange this special option for you!