Interesting Facts About The Chavin

Chavin de Huantar is considered one of the oldest archaeological sites in Peru and is connected to one of the most mysterious and powerful cultures in this area. It lies in the middle of the Cordillera Blanca mountain range near Huaraz, at a high elevation of 3000 m, and hides many secrets. The Chavín civilization developed in the northern Andean highlands of Peru between 900-250 BC, and their influence extended to other cultures along the coast. Here are some interesting facts about this ancient civilization. 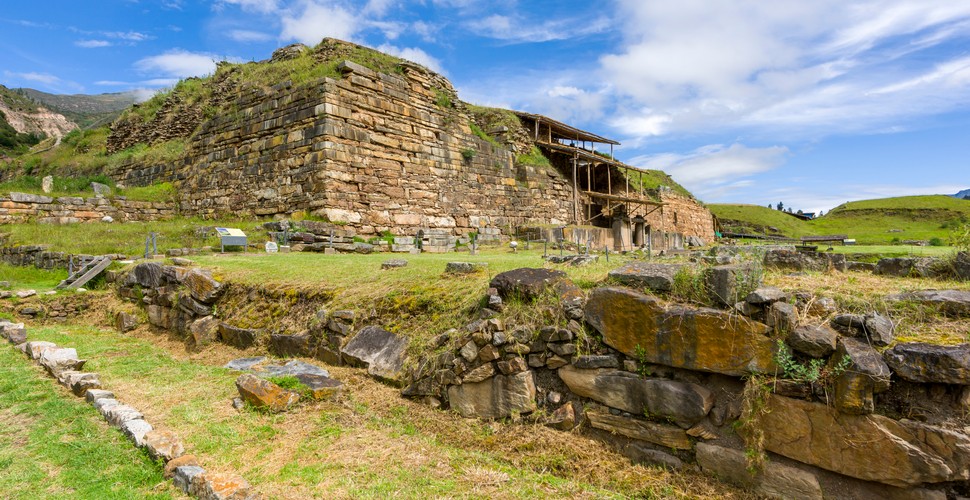 The Chavín civilization was located in the Mosna Valley, where the Mosna and Huachecsa rivers merge, and it is now a UNESCO World Heritage site.

The Chavín civilization developed in the northern Andean highlands of Peru between 900-250 BC.

Considered the first developed civilization in Peru, The Chavín laid the groundwork for all Peruvian cultures.

The chief example of Chavín architecture is the Chavín de Huántar temple, now protected as a Unesco World Heritage Site. 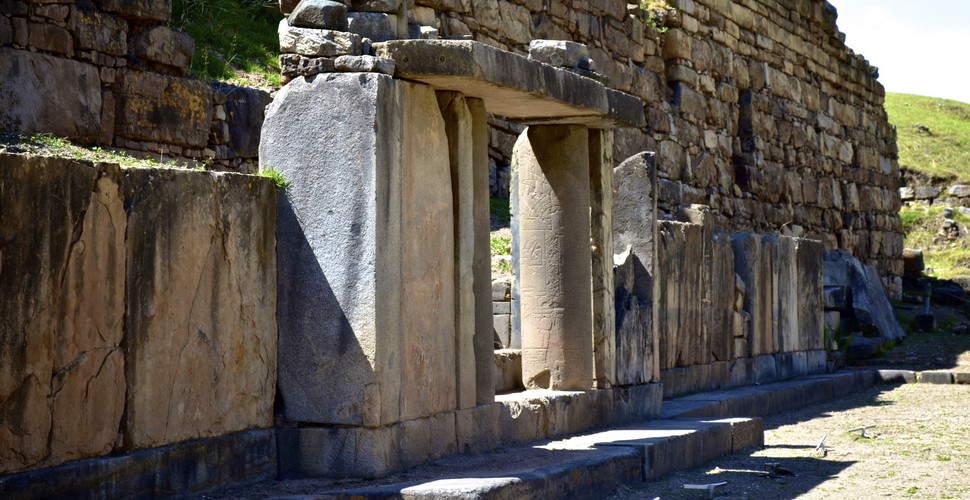 The site is thought to have first been occupied around 5,000 years ago, becoming a cultural center for people living in ancient Peru at about 1,000BC

Chavín had a small, powerful elite legitimized through a claim to divine authority. 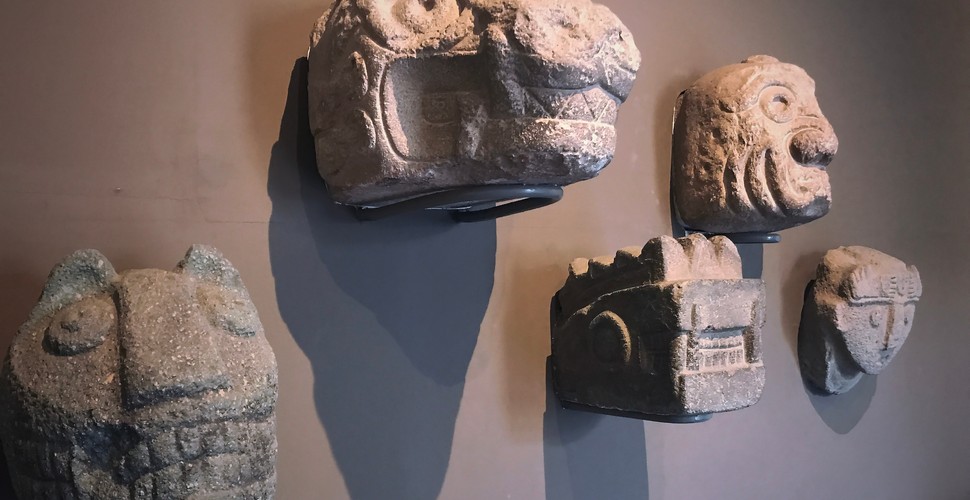 Stone Heads at The Chavin Museum

Chavin civilization was a strong cult of women, where the highest priests were women.

The Chavín people showed advanced knowledge of acoustics, metallurgy, soldering, and temperature control. One of their primary economic resources was ch'arki or llama jerky.

The chief example of architecture is the Chavín de Huántar temple. The temple's design shows complex innovation to adapt to the highland environments of Peru.

To avoid the temples being flooded and destroyed during the rainy season, the Chavín people created a successful drainage system. Several canals built under the temple acted as drainage. 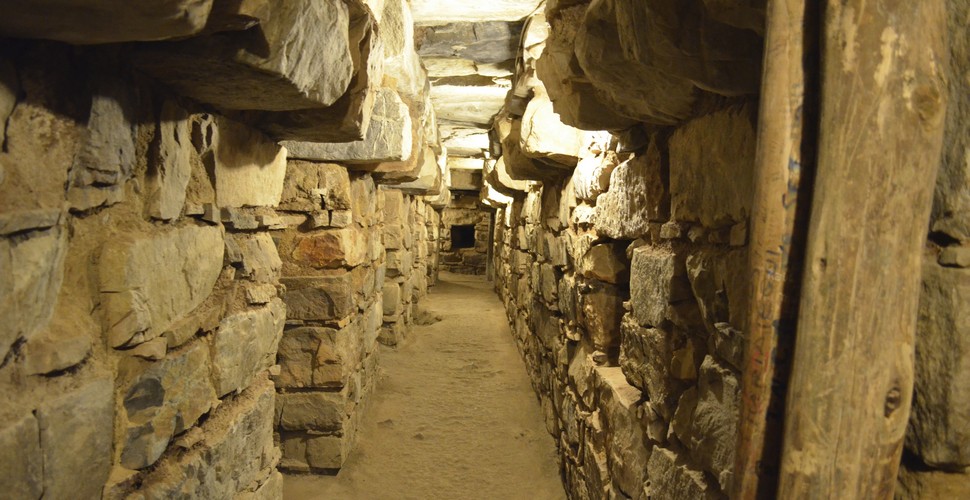 The temple was built of white granite and black limestone, not near the Chavín site. This meant that leaders organized many workers to bring the unique materials from far away rather than use local rock deposits.

The Chavín people successfully cultivated several crops, including potatoes, quinoa, and maize. They developed an irrigation system to assist the cultivation.

Researchers have also previously highlighted the importance of Vilca (also called yopo), a hallucinogenic snuff made from seedpods. When the Spanish came to Peru in the sixteenth century, they wrote accounts of sorcerers using "vilcanas", beautiful mortars for grinding snuff.

The center of the temple is a world apart. A complex of underground spaces and tunnels transported visitors into a place where their minds would be very susceptible to ritual activity, sound, and visual effects.

Chavín art represents the first widespread, recognizable artistic style in the Andes and can be divided into two phases: the first phase corresponds to the construction of the "Old Temple" at Chavín de Huántar (c. 900-500 BCE); the second phase corresponds to the construction of Chavín de Huántar's "New Temple" (c. 500-200 BCE). 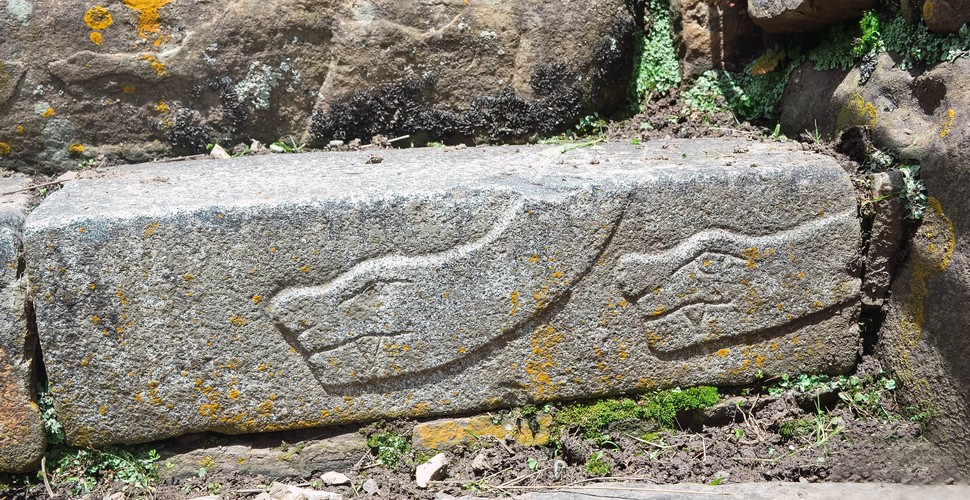 The Lanzón was the most central deity in Chavín culture, making the Lanzón central to religious practices. The "lanzon" is a wedge-shaped stone over 15 feet tall, carved with the image of a supernatural being, and located deep within the Old Temple, intersecting several galleries.

Tenon heads are found throughout Chavín de Huántar and are one of the most well-known images associated with the Chavín civilization. Tenon heads are massive stone carvings of fanged jaguar heads which project from the tops of the interior walls. 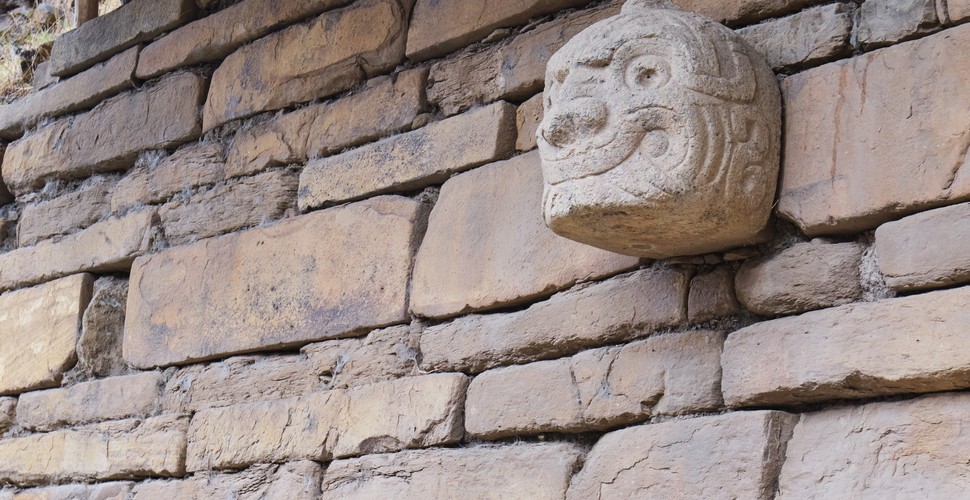 Wachuma, more commonly referred to as San Pedro, played a central role in the Chavín culture.

Shamanic priests, not kings, were involved in governing the society, which developed art and trade to high levels of sophistication.

Essential aspects of Chavín ritual activity and practice have been discovered to be processions, different materials (exotic and valuable) offerings, and water use. One of these offerings can be connected to the smashed pieces of obsidian found along with fragments of mirror.

Music also played a role in the Chavín ritual. Strombus shell trumpets were found at Chavín sites. Trumpets were stored underground, and it is believed that they were used by ritual practitioners, who would use them and play in procession through the underground galleries. 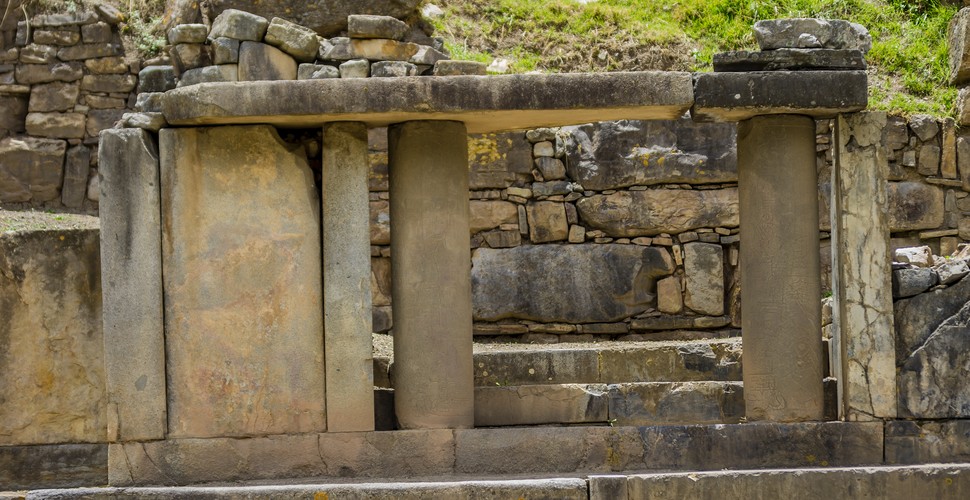 Visit the impressive archaeological site of Chavin in Peru. Find out more here.