The Otuzco Windows, or Ventanillas de Otuzco, are one of the most fascinating and unique sights in the Cajamarca Region. The archaeological site consists of hundreds of individual niches cut into a cliff face. These niches give the appearance of windows, hence the name. The niches form a large necropolis, which was built by a pre-Inca civilization. The exact age of the site is unknown, but some ceramic pieces found at the site have been dated to 1400 B.C., much older than the Cajamarca culture.

The funerary niches served as tombs and likely contained the bodies of important people from various cultures that lived in this region over the years. It was later used by the Incas, but not as a funerary site. Instead, the Incas used some of the niches – which were well protected from both the elements and animals – to store grain.

We’ll pick you up from your hotel and take you to the Otuzco Windows, which are located in the district of Baños del Inca, about 8 km northwest of the city of Cajamarca. It’s a short but scenic ride, ideal for a half-day tour.

Once we arrive at the archaeological site, you’ll see the windows dotting the cliff face, giving the impression of a town or village built into the rock. There are about 337 funerary niches in total, most of them square or ... 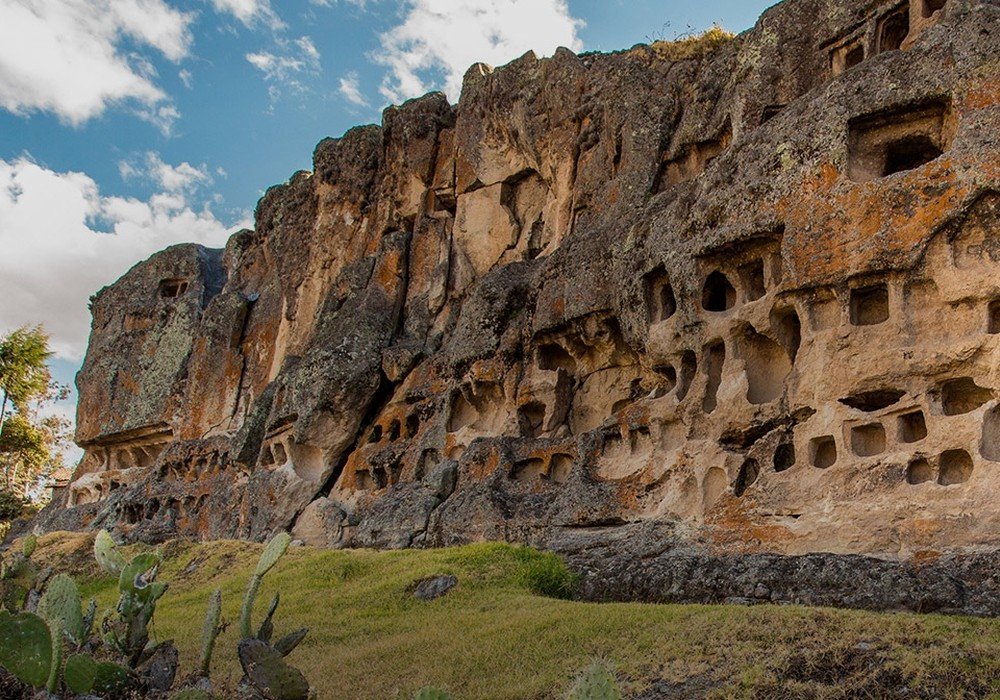