One of the most coveted destinations in all of South America comes complete with mind-blowing Inca fortresses, mystical cloud forests, the snow-topped Andes and  the steamy Amazon rainforest. There is a veritable wealth of stunning spots within its borders and newer destinations are constantly being discovered or rediscovered. Here are 7 of the relatively new Peru destinations to visit. 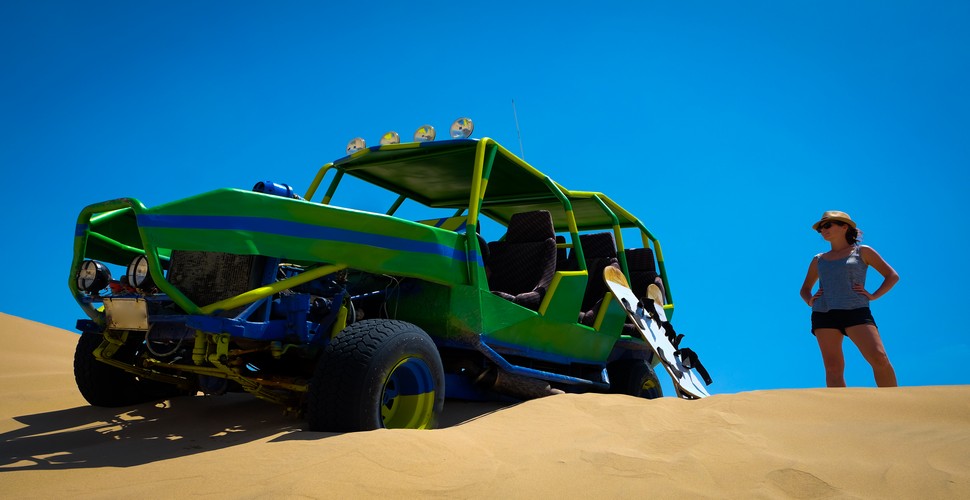 Just a stone’s throw from the city of Ica, Huacachina rises like a tropical gem from amidst the shifting sand dunes. This oasis town is home to its own small stretch of water amid the desert comes lined with palm trees which sway in the dry desert breezes. Huacachina´s fantastic location on the sandy ridges of the Ica desert, has become a regular favourite on the Peruvian, Gringo Trail and now boasts a variety of backpacker hostels, boutique hotels and even a surprising nightlife scene, fuelled by Pisco sours. By day, head out on the dunes in a 4 x 4 or try sandboarding if you are feeling more adventurous.

Everyone from experienced mountaineers to casual trekkers flock to the high-elevation town of Huaraz, which comes surrounded on all sides by the precipitous peaks of the magnificent Cordillera Blanca, which rise to a massive 6,000 meters elevation. Earthquakes have long been the nemesis in this seismic corner of Peru, which means the town here has been rebuilt a number of times. Luckily, the Huascaran National Park distracts from the town, with prehistoric cave drawings, dinosaur footprints, glacial lakes and craggy summits alike. 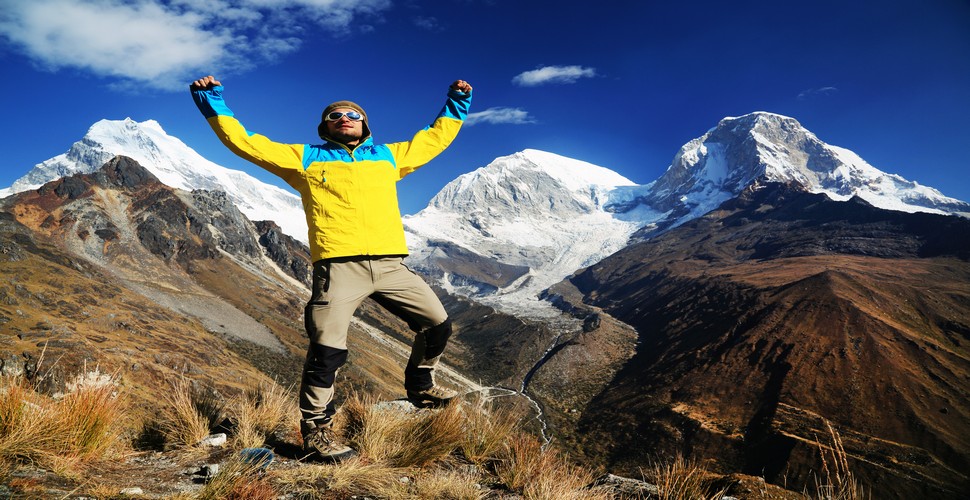 Trujillo is the largest city in Peru’s Moche Valley. The arrival of the Spanish conquistadores has left is mark and the city still oozes colonial charm from its marble plazas and multi-colored churches. The clip clop of paso horses and the sounds of Spanish chatter fill the palm-covered Plaza de Armas at the heart of the city while the surrounding desert peaks of Moche rise on the horizon. Chan Chan and the Huaca del Sol are just a stones-throwaway and the beachside town of Huanchaco if you are looking for some surf.
Chan Chan was once an ancient gateway to the desert lands of the Moche Valley is now one of the most fascinating pre-Columbian archaeological sites in Peru.  It’s thought that the sprawling ruins of the city that can now be seen here, popping up like a cardboard cut-out rising from the dunes of the desert, date back to the 9th century. Chan Chan was once the epicentre of the powerful Chimu Empire until the arrival of the conquistadores.

Tingo Maria is found nestled deep in the Andean foothills, offering a thousand shades of green thanks to the moist and fertile climate of the Amazon regions. Virtually inaccessible, the region soon became one of Peru’s prime commercial coffee growing centers, and the streets still enjoy the aromas of freshly-brewed coffee.  Tingo Maria is perhaps better known to tourists as the gateway to the jungle. The Tingo Maria National Park, on the outside of the city is home to the tunnels of the Owl Cave and the peak of Pumarinri as well as impressive flora and fauna. 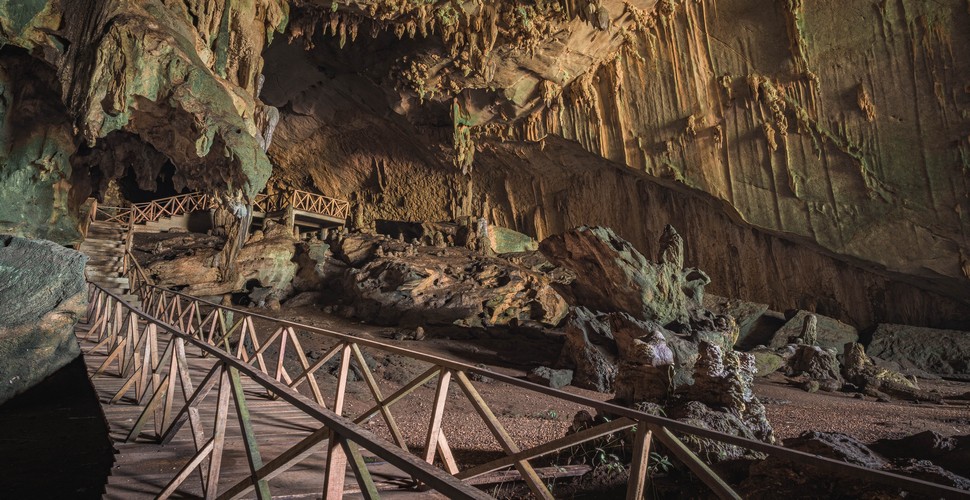 Caves of the Owl, Tingo Maria

Fringed by lush green jungle and blooming with its own population of palm trees, this so-called ‘City of Palms’ is a great place to sample raw and ready Peruvian life right on the edge of the Andes. Restaurants offer local highland foods, spicy chicken and rice dishes, and refreshing sugarcane extracts all along the central streets, while night time parties erupt in Morales and travelers depart to swim in the roaring waterfalls at Ahuashiyacu and Huacamaillo. Outdoor adventures are abundant in the tropical reaches of the Amazon and its many rivers and jungle-covered valleys beckon to the east. 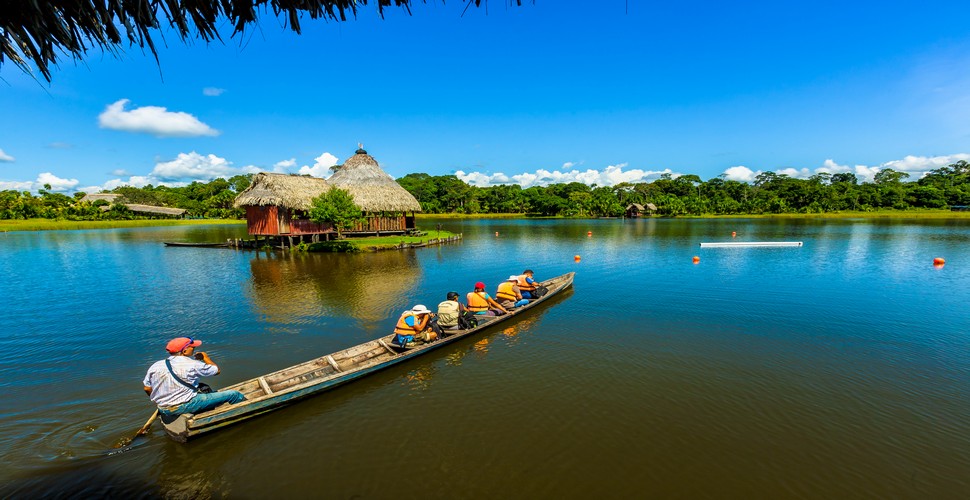 Believed to be one of the most sacred lakes in the region, Humantay has been the place for rituals, meditation and ceremonies for hundreds of years. When you see the majestic blue lake set in beautiful surroundings, it’s easy to understand why. If you’re on the Salkantay trek, you will make a stop here on the first day from Soraypampa. It is also a popular option also to visit the lake on a long day trip from Cusco and is definitely worth the early morning!

The one day Palccoyo Trek includes relatively a short walk and easier to reach than the Vinicunca rainbow mountain and is certainly less-crowded.  Palccoyo rainbow mountain boasts colorful striated rock formations formed by layers of sediment exposed by erosion and global warming. Enjoy the hidden landscapes of traditional living within the Ausangate region, red valleys, amazing rock formations, terraces in the mountains, including alpaca herds, as well as the spectacular panoramic views of the three distinct Palccoyo peaks and the most unique views of the Ausangate glacier in distance. 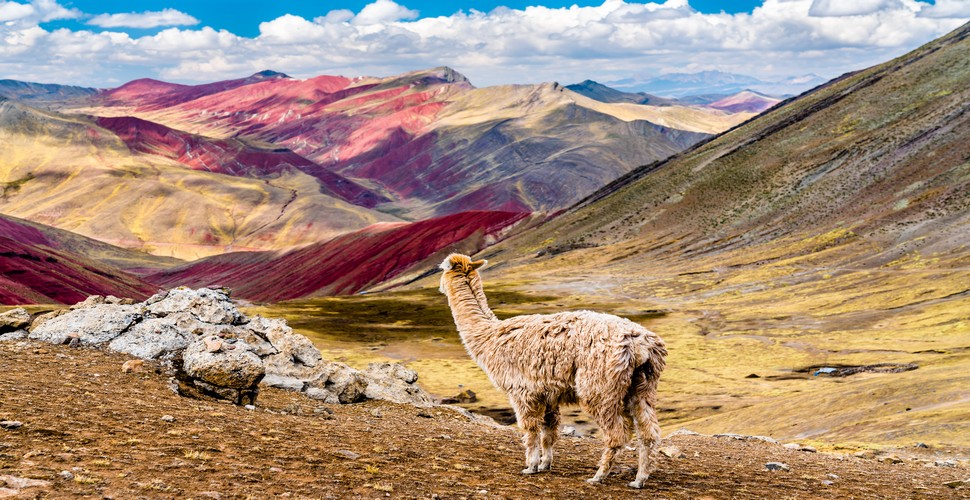