The Top Traditional Dishes to try in Peru

Peruvian food is a cuisine of contrast, robust yet delicate, acidic with sweet or starchy, and hot and cold on the same plate. Traditional Peruvian food relies on different herbs and spices, producing bold flavors ranging from crisp and refreshing to deep and hearty, combining opposites in a blend of culinary genius. While many people visit Peru to experience Machu Picchu and unparalleled trekking, Peru's true treasure is its rich culinary heritage. Rich ingredients from the coast, The Andes, and The Amazon combine with culinary techniques from Africa, Europe, and East Asia to produce unique taste sensations, giving Peru the title of the culinary capital of South America. Peru's gastronomic boom began, reinventing dishes that had a long tradition in the kitchens of Peruvian families. Here is a list of the top traditional Peruvian dishes to sample on your visit to Peru. 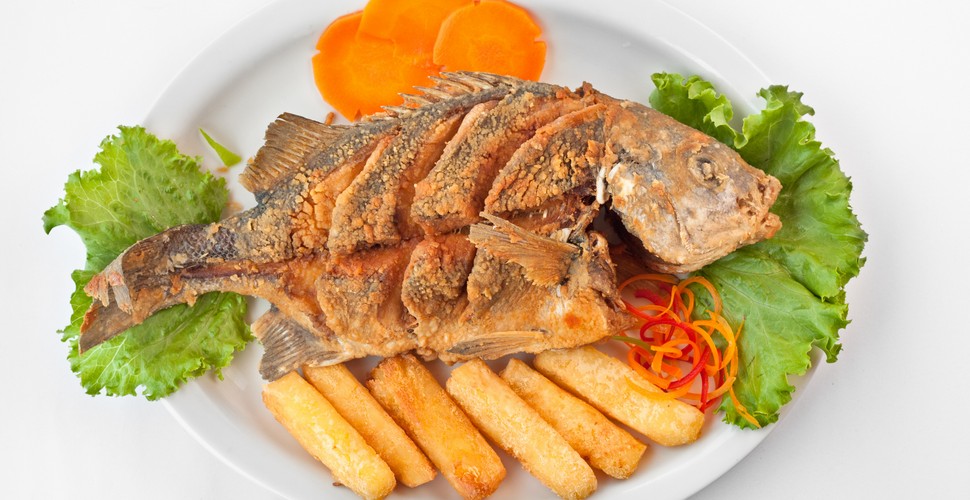 Let's begin with the national dish of the country. Ceviche can be described as addictive, and there are not many Peruvians who don't class this Peruvian dish as one of their favorites. Other South American countries have their versions of the dish. Still, this marinated fish or seafood served cold, includes the catch of the day, marinated for a few minutes in lime juice, onion, salt, and hot chilies (aji), is Peruvian cuisine. Preparing a ceviche is an art that Peruvians like to experiment with to make other dishes like quinoa ceviche and even a mango ceviche for vegetarians! 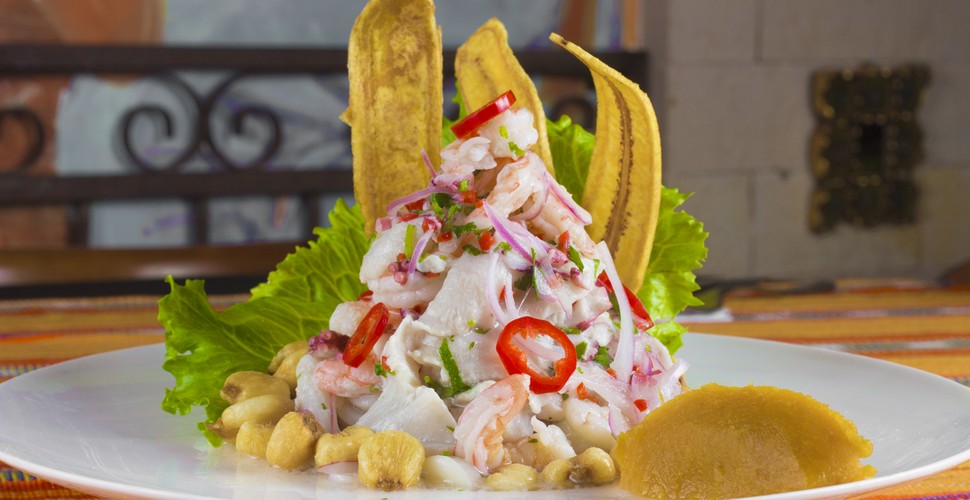 There's nothing more Peruvian than Lomo Saltado. As a country home to diverse cultures, the birth of this dish could only have been possible because of cultural influences in the kitchen. Lomo Saltado is originally a Chinese dish brought by Chinese immigrants. Combine sliced steak, marinated in soy sauce, red onions, french fries, ají Amarillo, or chili, and you have the basic recipe; then serve with rice. Coming in second only to ceviche in popularity, Lomo Saltado is a mix of Chinese stir-fry and classic Peruvian cuisine. Originating from the coastal region of Peru, this world-famous dish is on most menus throughout the country these days and is a must-try on your Peruvian vacation.

There are different stories about the origins of the deliciously creamy Aji de Gallina. Historians say that when the Spanish took over Peru, a dish that came from Europe made with chicken breast and Arab seasonings became the first version of Aji de Gallina. Another theory claims that the poor of Lima collected the hen bones thrown away by the rich and took the remains to their houses, where they added chili and bread to make a bigger meal. Aji de Gallina today is generally made with strips of chicken, bread, potatoes, olives, and eggs and is one of Peru's most unique dishes. 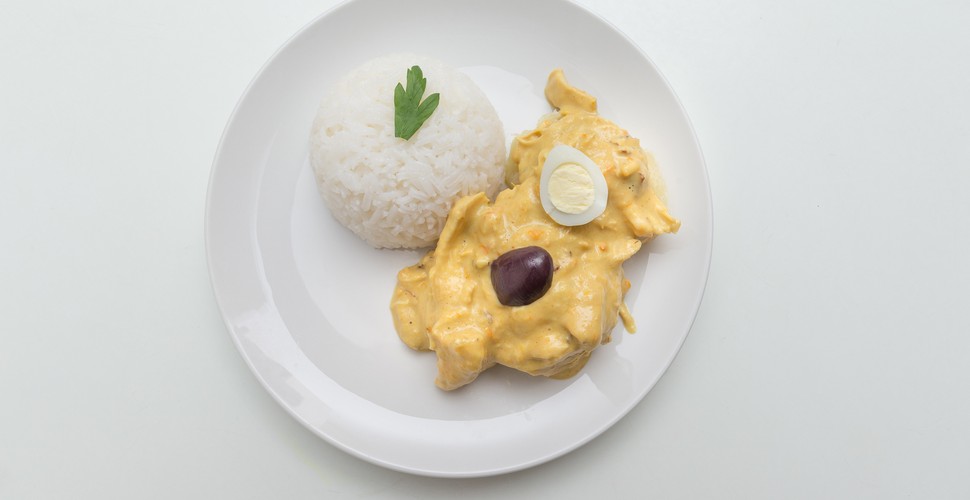 Pachamanca originates from the Andean region, and the cooking is done underground, somewhat like an underground barbecue! The word "pachamanca" is broken down into two: "Pacha," meaning earth, and "manca," meaning pot. This impressive dish has been served at important ceremonies since pre-Columbian times. It is cooked with hot stones that cover the meat and vegetables, along with potatoes and other spices used according to the region, then covered with earth to do its thing! 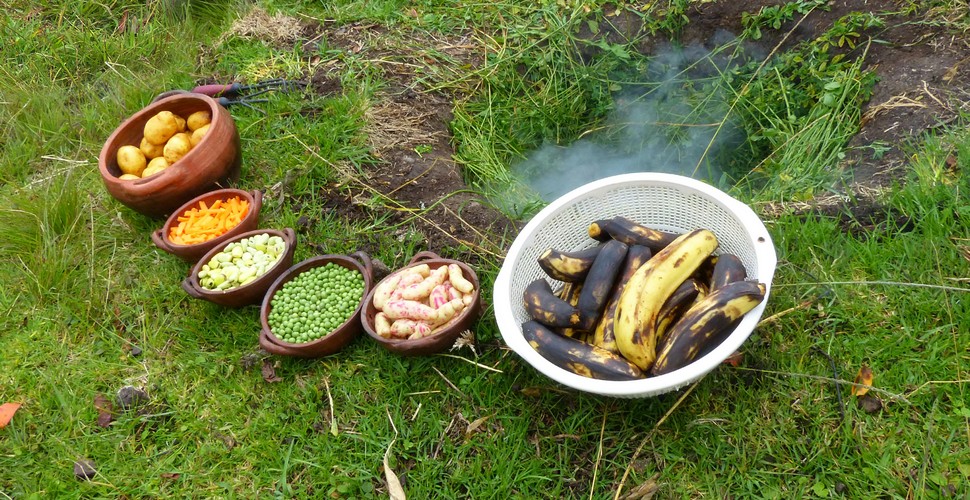 Guinea pig, or "Cuy "in Spanish, is the second most popular meat source in the Andes, with alpaca being the first. Eating a rodent or a pet may seem an unfavorable idea for many; however, a melt-in-your-mouth tender dark meat infused with the taste of wood smoke, all beneath a crispy golden skin. Just imagine you're eating a single serving of roast suckling pig or roast chicken and enjoy this tasty, low calory, nutritious dish, as the Incas once did. 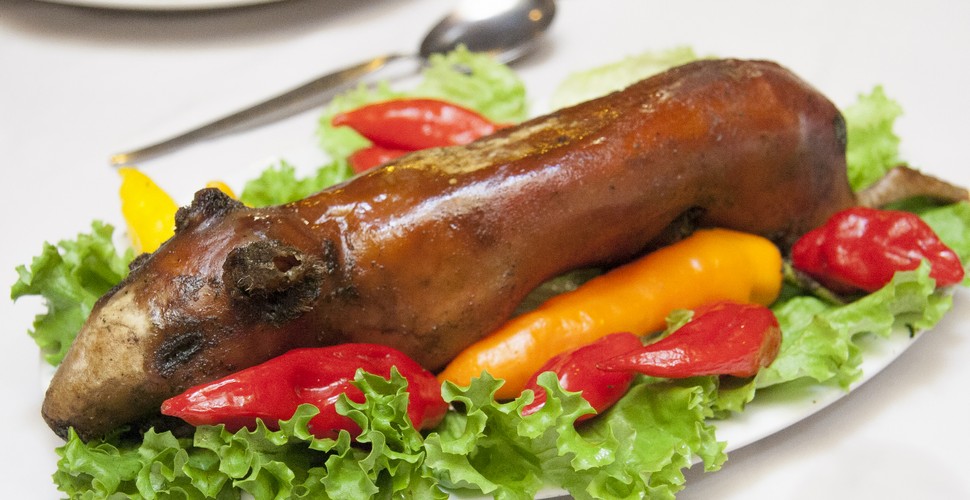 On the surface, this appears to be a simple Spanish Creole recipe. In Peru, however, this is a signature dish with many regional variations. The rice is typically combined with cilantro paste, herbs, and dark beer to lend a hearty, earthier flavor. Topped with a leg or thigh of roast duck or chicken, this dish is served up all over Peru at home and in restaurants. 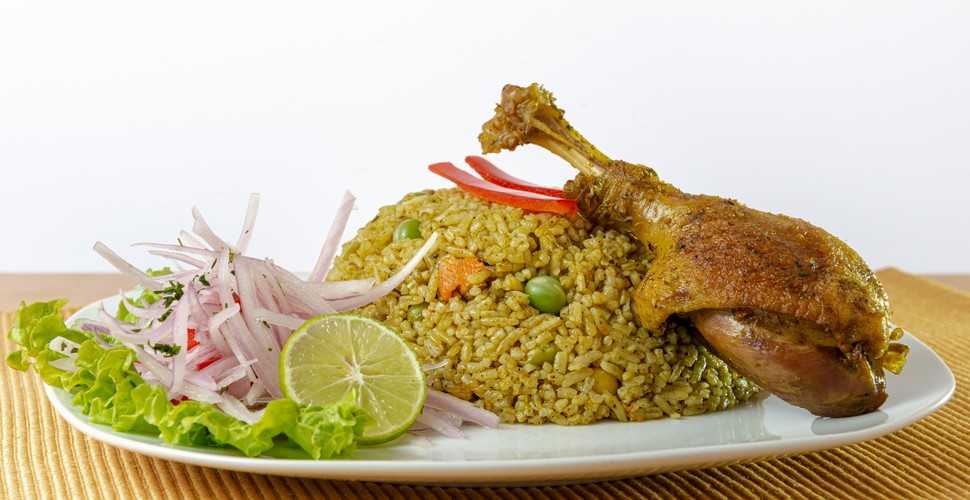 This traditional Amazonian dish is a must-try if you are heading into the jungle region of Peru. It consists of rice, chicken, eggs, and olives, all wrapped in macaw flower leaves. In some parts of the Amazon, you can find Juane with yuca root, "paiche" (the biggest fish in the Amazon), and fried plantains, and if you are heading to a jungle lodge, it is often served on the boats for lunch, due to its organic, takeaway style, packaging. 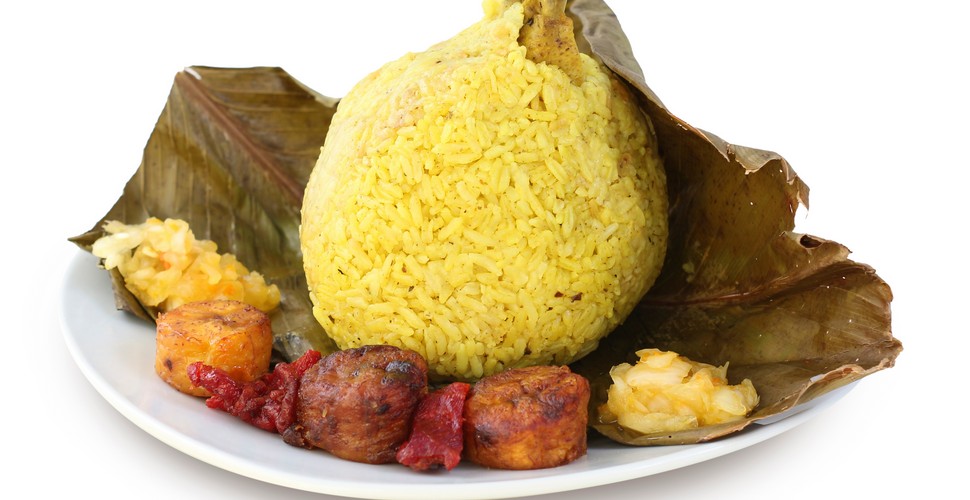 Along the coast of Peru, Choritos a la Chalaca make the best appetizers on any summer day. Originating from the port of Callao, this dish consists of mussels filled with onions, tomatoes, and corn kernels, while the fish marinates in lime juice, just like a ceviche does. You do not even need a fork to eat Choritos a la Chalaca. Just eat it directly from the shell! 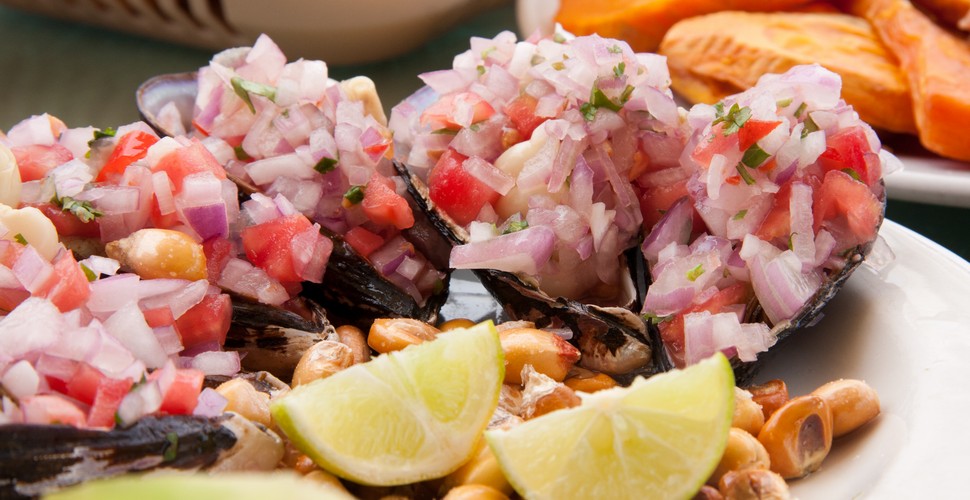 Named the unofficial national dish of Peru, this spit roast chicken is Peruvian soul food. Chefs marinate a whole chicken in a potent combination of garlic, herbs, and spices, then spit roast it over hardwood to give it its heavenly crisped skin and exotically earthy flavor. Whatever time you arrive at a destination in Peru, you can guarantee that the local "polleria" will be open to sampling this delicious dish. 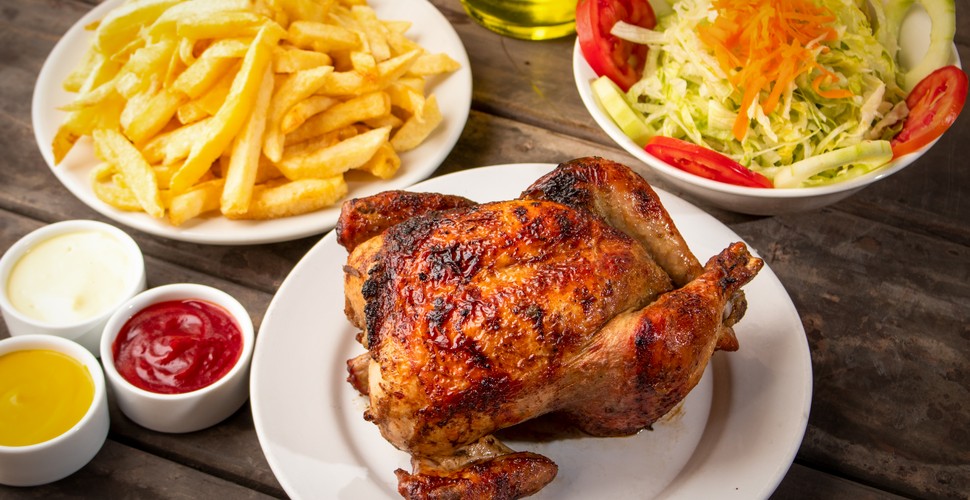 With so many traditional plates to try, this is just a selection of our favorites. On your visit to Peru, make sure you at least try these top traditional dishes of Peru.