The Sacred Land of The Incas

There is so much more to Peru than just Machu Picchu. Around the world, people dream of visiting the famous Inca Archaeological site, and we do on this visit, so don't panic 😊 Yet, with so many places to see throughout the country, many would struggle to narrow an itinerary down to just two weeks in Peru. Peru has so many fascinating historical sites, and you may be wondering about the best way to quickly see all these magnificent places. This 13-day itinerary takes in the signature sights of Peru, from the South Pacific Coast to one of the deepest canyons in the world, to the highest navigable lake in the world to the misty peaks of the Andes, and the iconic Machu Picchu. Combining all this with delicious cuisine and warm, welcoming locals, this trip through Peru is wholly unforgettable and diverse, paving the way for a more in-depth visit to this magnificent country. Balancing work commitments with your dreams of South American adventures can be challenging, which is why this 13-day Sacred Land of The Incas could be your best plan for a Peru vacation. 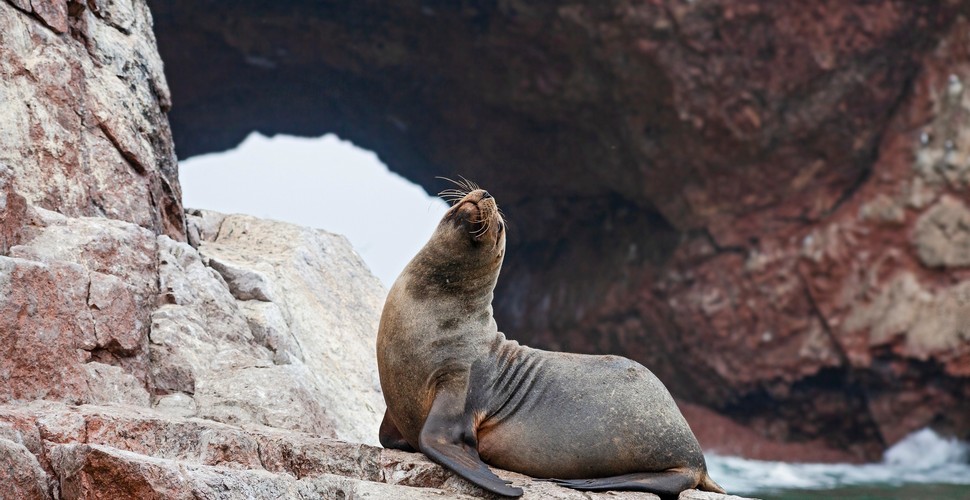 Our first stop in the capital is the Huaca Pucllana archaeological site. This active archaeological site sits in the middle of the Miraflores neighborhood. The clay and adobe structure, which once functioned as a ceremonial site during the pre-Columbian era, dates back to 400 B.C. Since the beginning of the excavation in 1981, multiple pyramids, ceramics, textiles, and tools have been discovered. Most recently, in 2010, four intact mummies were found undisturbed. You can see many of the artifacts in the small on-site museum. As the capital of Peru and the second largest city in South America, there is no shortage of places to visit in Lima. Indigenous groups first settled in the town as part of the Inca Empire. However, when the Spanish conquered the Incas in the 1600s, the city became the capital of the Spanish colony. We will visit the central downtown area and the magnificent plaza de Armas with the cathedral, government palace, and Santo Domingo convent for the perfect introduction to Peruvian history. 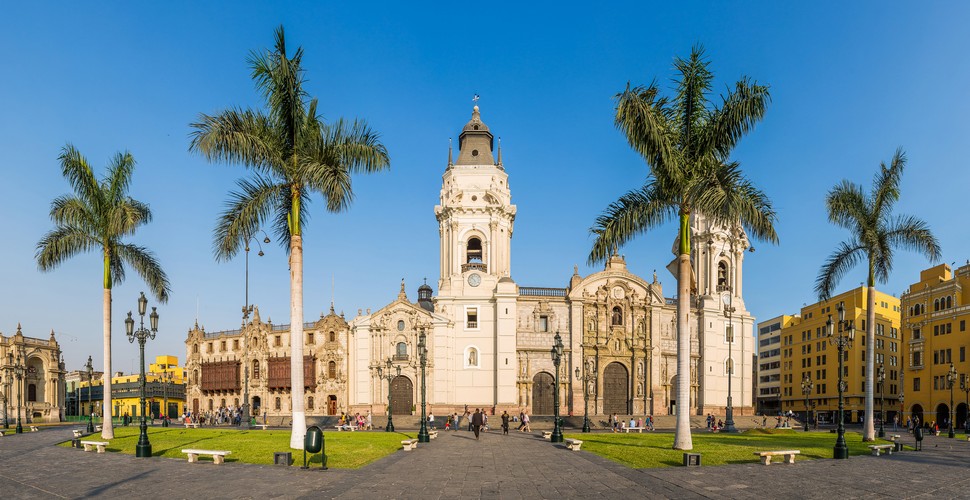 Paracas bay is well-known for many endemic species and is home to the Ballestas islands. While humans may not inhabit the Ballestas Islands, they are rich in wildlife, with 1500 species of marine birds (including Humbolt penguins and pelicans), wild rock formations, and many sea lions on the island. Dolphins and turtles are also regular visitors to the island's waters. We can also see the 'Candelabra,' a famous ground carving on the Paracas Peninsula whose existence remains a mystery today. After our visit, we will continue south to the City of Ica and the country's oldest distilleries, which are still in use today. Of course, sampling the national beverage of Peru will help us on the rest of the journey to Nazca. 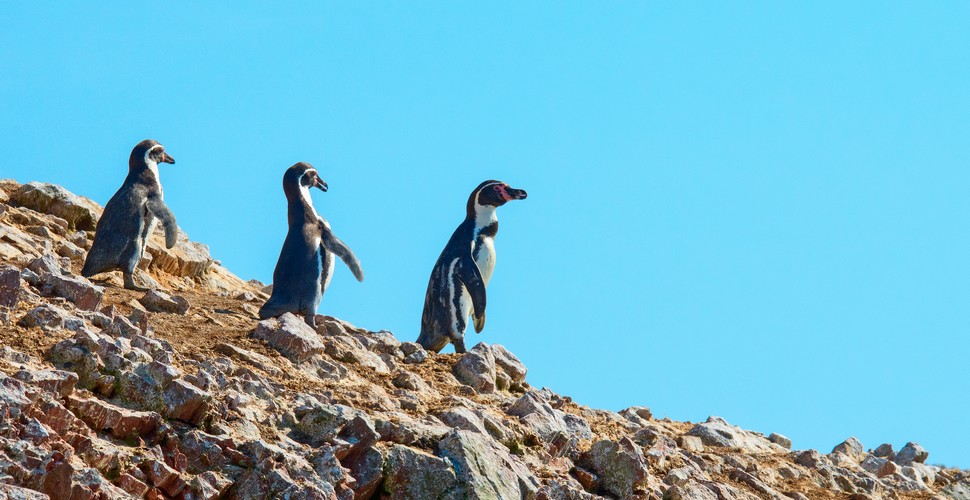 On the vast gravel plains of the Nazca desert are mysterious lines and hieroglyphs known as the Nazca Lines. These date between 500BC and 500AD and are thought to have been created for astronomical or religious purposes. Mystery has surrounded the Nazca Lines in Peru. These vast, ancient drawings and perfectly straight lines cut into the Nazca desert puzzled scientists and travelers alike once they were 'rediscovered' in the early 20th Century. There are straight lines, some several km in length, and symbolic designs, including a spider, a hummingbird, a monkey, and a man. Whatever their purpose, these epic lines and figures are certainly intriguing and best observed from a plane ride over them. We will then visit the Chauchilla cemetery, where we can watch mummies from the Nazca Civilisation. 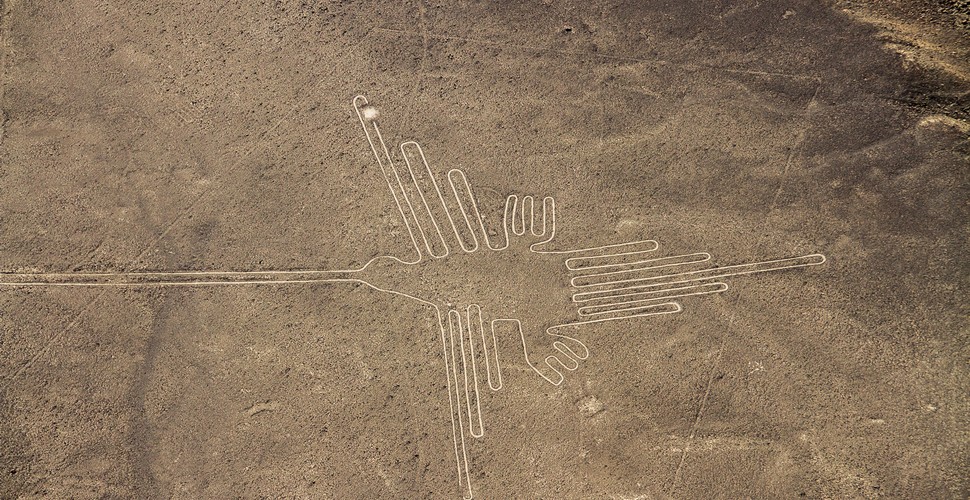 The next stop is the "White City" of Arequipa. Its charm derives from the mixture of Spanish and indigenous cultures, which is still visible, especially in the city's unique architecture. The city is referred to as the white city of the color of the houses constructed from the volcanic ashes of the nearby Misti volcano. We will then visit the contrasting terracotta-colored monastery of Santa Catalina, which occupies an entire neighborhood and is surrounded by impressive walls, making it one of the fascinating religious buildings in all of Peru. Then we will visit the main square of Arequipa, which has not been ruined by modern buildings and is a functioning outdoor museum of "sillar" architecture - white, imposing, and unique from an aesthetic point of view.
In the afternoon, we can enjoy a gastronomic experience by preparing and sampling some traditional dishes from the city for a fully immersive introduction to authentic Arequipeñan cuisine and culture. 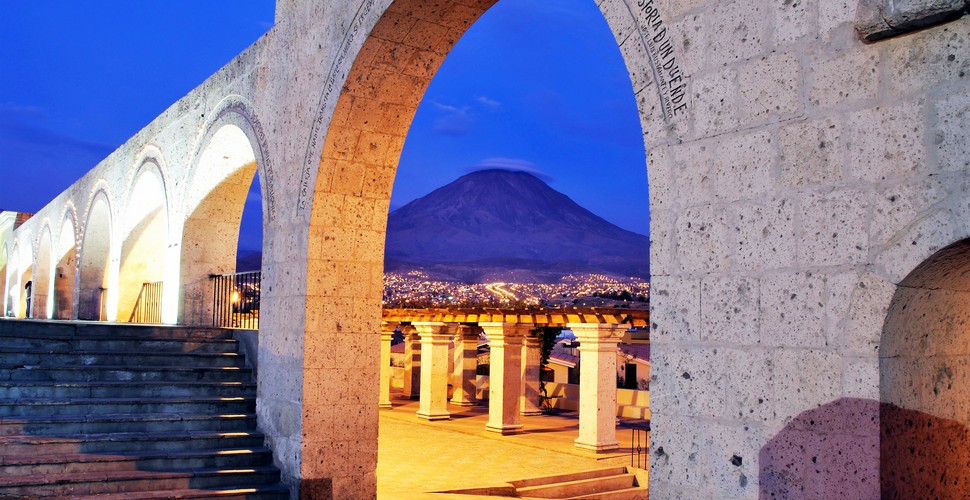 We will then head off to the second deepest canyon in the world, Colca Canyon. The 3-hour drive from Arequipa to the Colca Canyon passes through the extraordinary landscapes of the Reserva Nacional de Salinas y Aguada Blanca. Pristine landscapes dotted with vicuñas grazing make for fantastic photographic opportunities. Before the descent, you'll reach Patapampa Pass at a staggering elevation of 16,109 feet (4,910 meters). We will stop in Chivay village for lunch, visit Calera Hot Springs, and continue to your lodge for a relaxing night and acclimatization. The following day we will see the Condor Cross, where you will be in awe at the size of the giant Andean Condors, gliding on thermals above you and over the gaping canyon below. 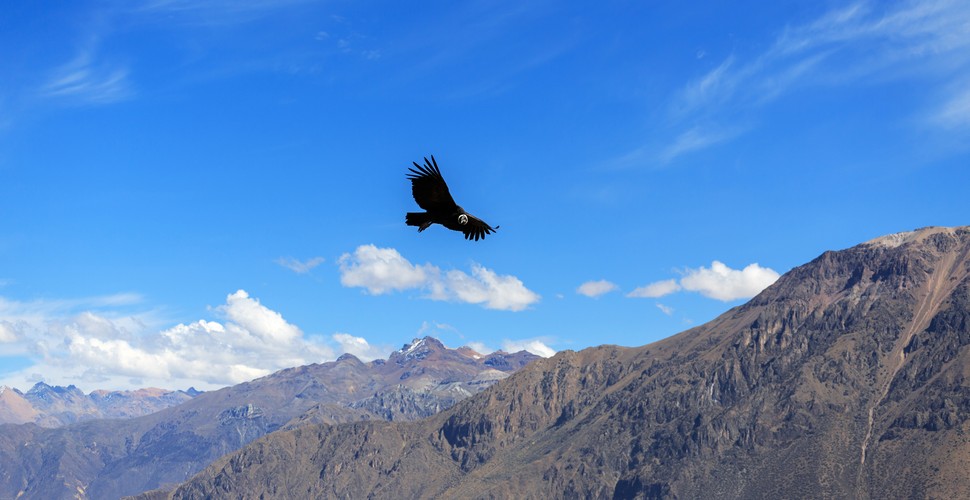 Then we head to the highest navigable lake in the world, Lake Titicaca. Feel the sensation of standing on Uros Floating Islands and learn how indigenous people maintain their long-held traditions in a high-altitude environment. Finish with a hike on Taquile Island to take in a spectacular sunset over the lake. One of the top things to do in Puno visits the Uros Floating Islands for an introduction to the traditional way of life of these high-altitude island people. Then head to Taquile Island, a fixed island with panoramic views over the gigantic lake and a great way to experience life on Lake Titicaca and local Peruvian Indigenous culture. 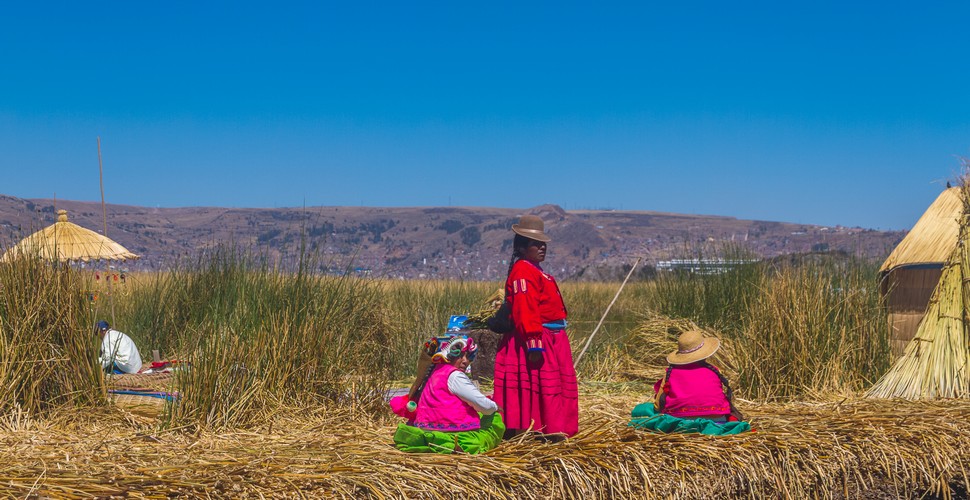 Our experience in the Sacred Valley will begin with a visit to the weaving community of Huilloc, located in the Andes. Here we can learn more about the ancestral customs and ancient weaving techniques still used today. Huilloc is one of the few villages that still preserve their authenticity in their weavings, language, food, clothing, and ancient traditions reflected in residents' daily lives. We will then head to Ollantaytambo, the gateway to Machu Picchu for many visitors to the Sacred Valley of Peru. Surrounded by jagged peaks, Ollantaytambo offers a combination of a reasonable altitude, stunning Inca ruins, plus quaint restaurants and shops. Ollantaytambo was a vital agricultural, military and religious center during the time of the Inca Empire. Today, the site continues to amaze with its beautiful examples of masonry and imposing buildings in the Peruvian Andes. It is believed that it was a refuge for the Inca nobility. As well as other architectural wonders of the Incas, it was built with vast and colossal rocks. 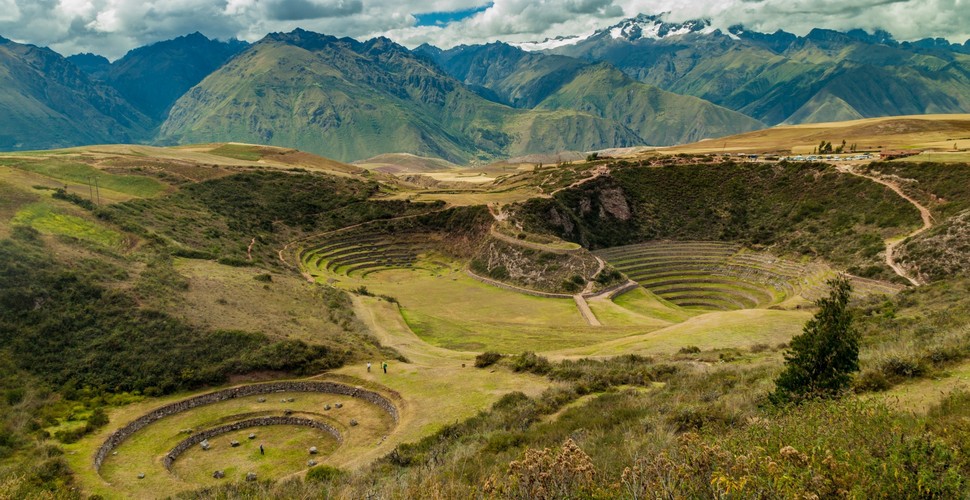 Next up is the emblematic signature site of Peru, Machu Picchu. To see Machu Picchu in person is breathtaking. Rising 2,430 meters above sea level, the views from the top on a clear day will blow you away. The area is covered in a thick forest between two mountains, Machu and Huayna Picchu. The Urubamba River Valley also surrounds Machu Picchu with more peaks of the Cordillera del Vilcanota, which are very steep and dramatic. The Inca stone masons used a technique of fitting granite stones perfectly together without mortar, called Ashlar, ensuring that these structures were strong enough to withstand earthquakes and heavy rain. Some of the best examples of Machu Picchu architecture include The Temple of the Sun, The Royal Tomb, The Sacred Plaza, and The Intihuatana. 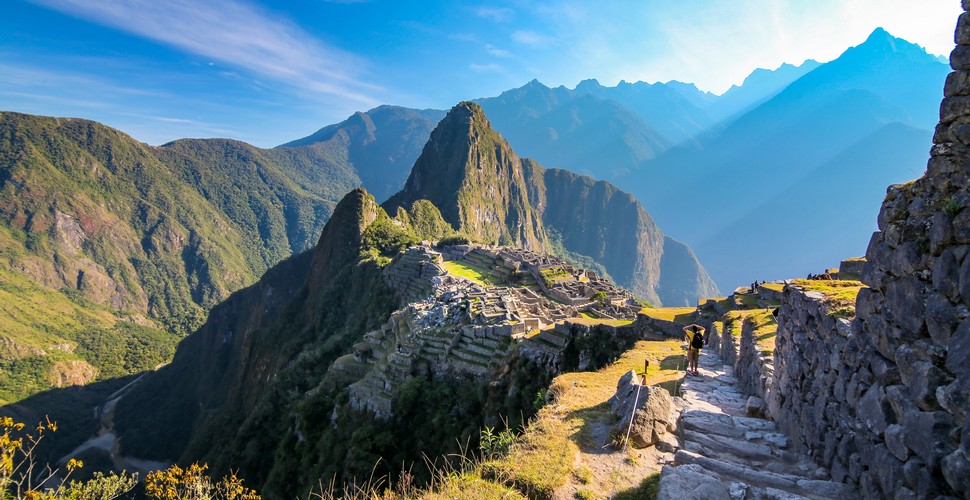 High up in the Peruvian Andes lies Cusco, once the center of the Incan Empire. It is the launching point for Machu Picchu, but the city is well worth a visit to acclimate and experience the mix of the Inca and Spanish influences that define it. Enjoy this Inca city to the full. Cusco, known as the archaeological capital of the Americas, is home to a history that included the rise and fall of the Inca Empire, followed by the invasion of Spanish conquistadors in the early 1500s. Today, remnants of both eras share the narrow city streets, from centuries-old baroque cathedrals to exquisite stone masonry, creating a rare combination of Andean and Spanish styles that makes Cusco no other place on earth. 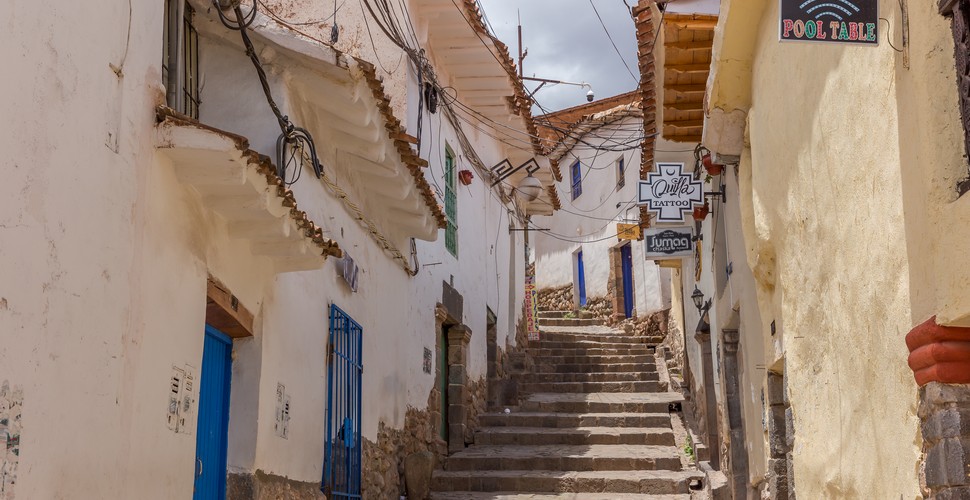 Book this impressive Sacred Land of The Incas tour with ValenciaTravel here!