The Best Activities to do in Puno

Puno sits on the shores of the gigantic Lake Titicaca, with its ever-shifting waters, quirky archaeological sites, and fascinating indigenous culture. South America's largest lake (8,500 sq. km/3,282 sq. mi.), Titicaca, is also the largest lake in the world above 2,000m (6,560 ft.). The magnificent lake is a natural border between Peru and Bolivia and the said birthplace of the Incas, as a fable would tell you. Here are some of the best activities to do in Puno. 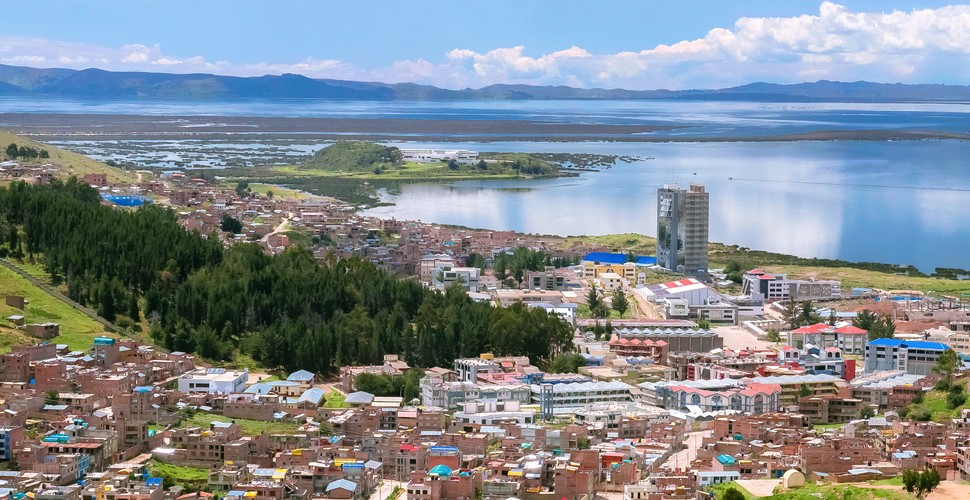 Yellow totora reed boats and houses on reed islands cover the entrance to the highest navigable lake in the world. The Uros people who inhabit Lake Titicaca created their floating reed islands by tying together the totora reeds that grow abundantly in the shallow waters of Lake Titicaca.  Theories will tell you that the Uros people created these floating islands as a response to the Inca invasion or the Spanish conquest; whichever approach is correct, these people now live peacefully, surviving on tourism on the magnificent lake. 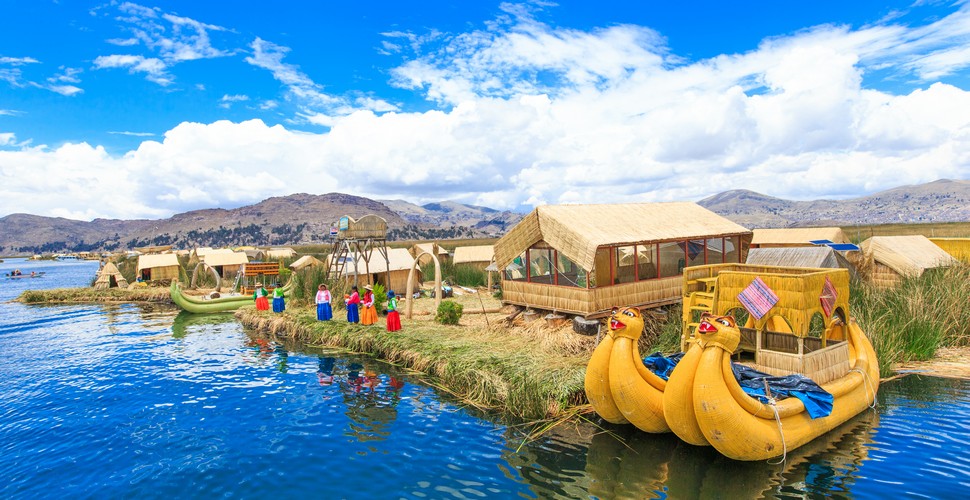 This natural island is defined by its impressively preserved terraces and is home to people of Quechua heritage who make a living as farmers, fishermen, and weavers. Lakeside life is perfectly represented on Amantani, and you can even spend a night with a local family for deeper immersion into island life. Hike the island’s two peaks – Pachatata and Pachamama, for spectacular views across the lake and the rugged island landscape from the highest peaks on Amantani Island. These temples, Pachamama representing Mother Earth and Pachatata paying tribute to Father Earth, make for a fascinating hike on the island, especially for sunset. 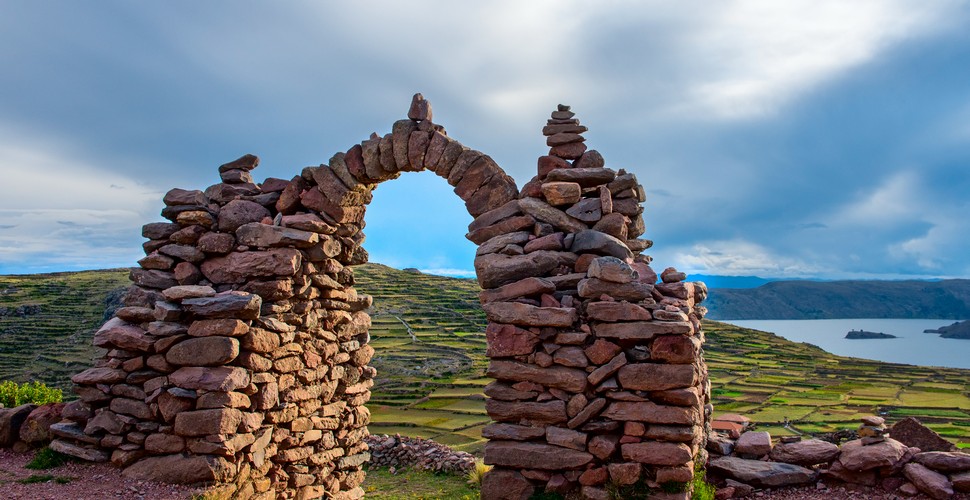 Set in the middle of the Titicaca Lake, Taquile Island villagers still earn a living from the long-established textile industry. But it’s the men who knit the garments as the women weave fabrics on traditional ground looms. So unique are these traditional textiles they have been given UNESCO-protected status. Quechua-speaking locals are always resplendent in traditional dress, and the restaurants on this island are more than happy to serve-up freshly caught trout from the magnificent lake. 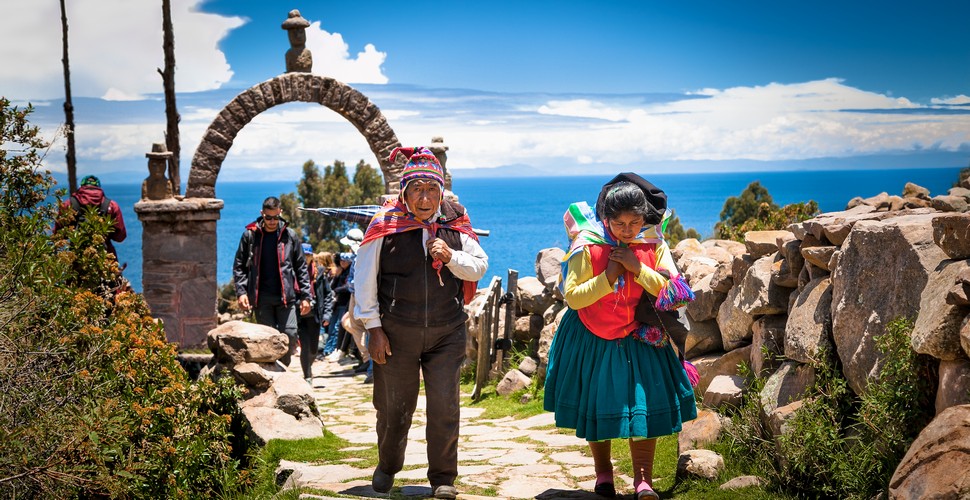 Rising against the azure Andean sky, these round tower-like tombs of an ancient Incan cemetery on Lake Umayo are a 40-minute drive beyond Puno. Sillustani is made up of chullpas, where the dead were buried of the Qolla people, who were overthrown by invading forces of the Inca Empire in the 15th century. Qolla nobles would bind their dead in the fetal position and bury them in uterus-shaped tombs, with food and personal belongings for their journey into the next world.

On the western side of the Plaza de Armas in Puno City is the baroque Roman Catholic cathedral with its twin bell towers and the well-sculpted facade, except for the silver-plated altar, which, following a 1964 visit by Pope Paul VI, has a Vatican flag placed to its right. Completed in the mid-18th century, the main attraction is the high marble altar under the lofty domed ceilings. Entry is free, and visitors are welcome to attend the daily Mass, an actual event. 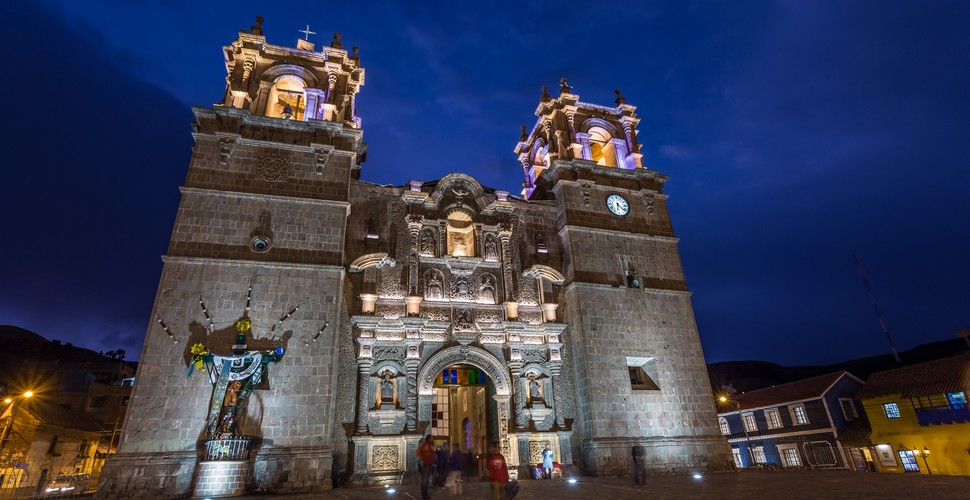 Another archaeological site composed of chullpas is Cutimbo. The chullpas this time are square and circular shapes, unlike Sillustani, which are all circular. Cutimbo is a dramatic site on a table-topped volcanic hill surrounded by plains.  The position atop a volcanic hill makes this site very remote.  The site is best visited on an organized tour as people are known to hide behind rocks at the top of the trail, waiting to pounce on the independent traveler. 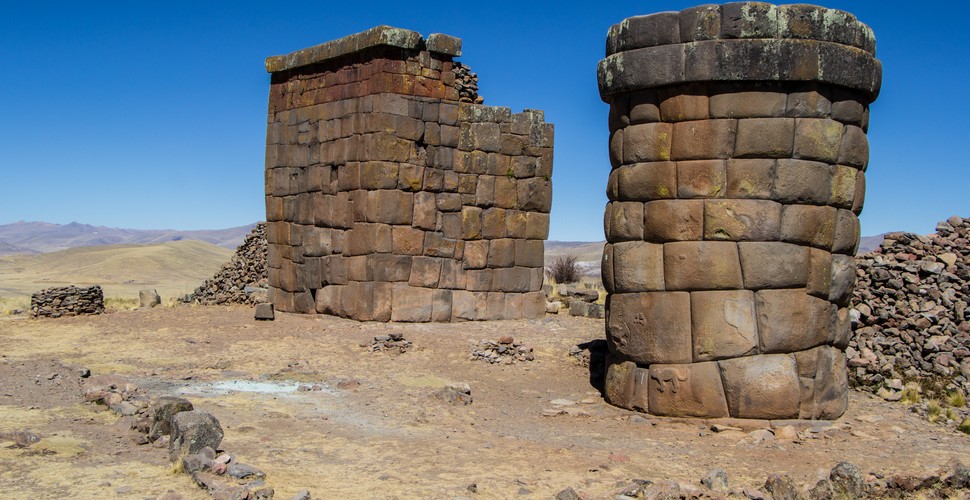 Balanced high on a rocky outcrop atop a hill looking over Puno city, this bright-white statue is a striking homage to Manco Capac, the founder of the Inca Empire.  Less than a 15-minute walk from the Plaza de Armas, given the altitude, it’s a steep ascent, but reaching the observation deck will make it all worthwhile as you look down Puno and Lake Titicaca. 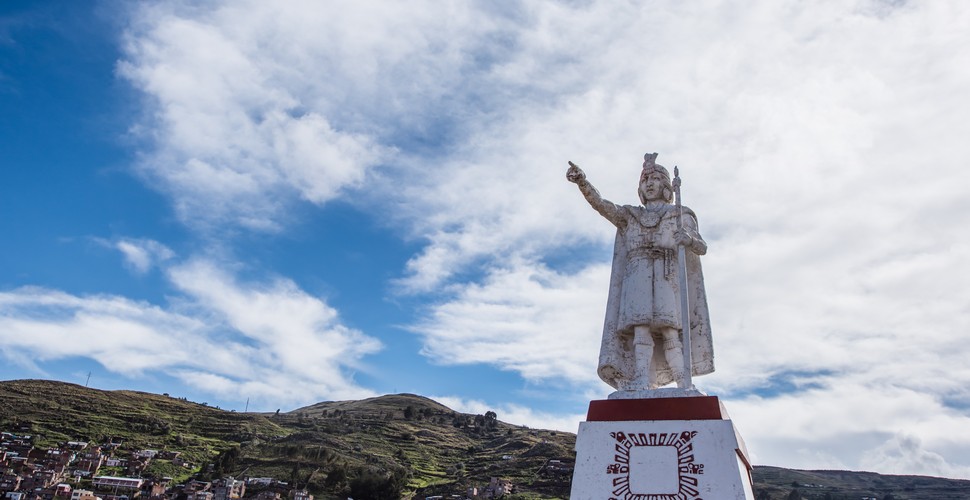 This archaeological site is located in Chucuito, 18 km from Puno. This place is part of what was once a Temple of Fertility during Inca times. A series of well-sculptured stone phalluses sprout from the earth, similar to giant stone mushrooms. On Sundays in the town, you can enjoy folk dances in its main square, presented by the locals. The town was the capital of the Collasuyo, the most important political division of Tahuantinsuyo.  Even Francisco Pizarro visited it in 1538 due to its importance to The Incas. 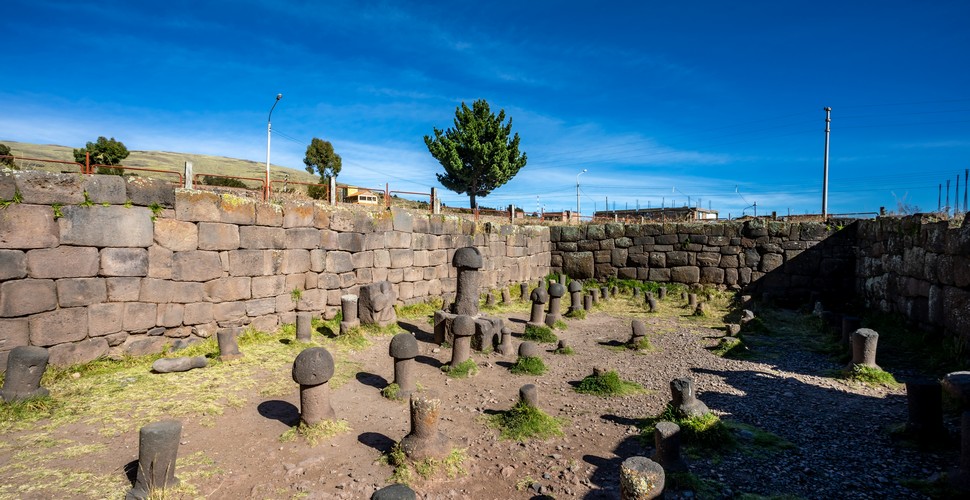 Puno is the 3rd most visited city in Peru. Its wealth of customs and traditions that take shape in the many different monuments of the region make Puno a top tourist destination. Book your trip to Puno with Valencia Travel here!