Lima City Tour with The Archaeology and Anthropology Museum

As the capital of Peru and the second largest city in South America, there is no shortage of places to visit in Lima. The city was first settled by indigenous groups as part of the Inca Empire. However, when the Spanish conquered the Incas in the 1600s the city became the capital of the Spanish colony.  Lima is located along the central Pacific coast of Peru in what is a combination of tropics and desert. Wedged between three rivers, the city was built upon the coastal plain. It has long since been a bustling metropolitan center and has remained one of the most important cities in South America.  On this fascinating tour of the capital, we will visit the central downtown area including the fascinating Archaeology and Anthropology Museum for more insight into this fascinating capital of Peru. 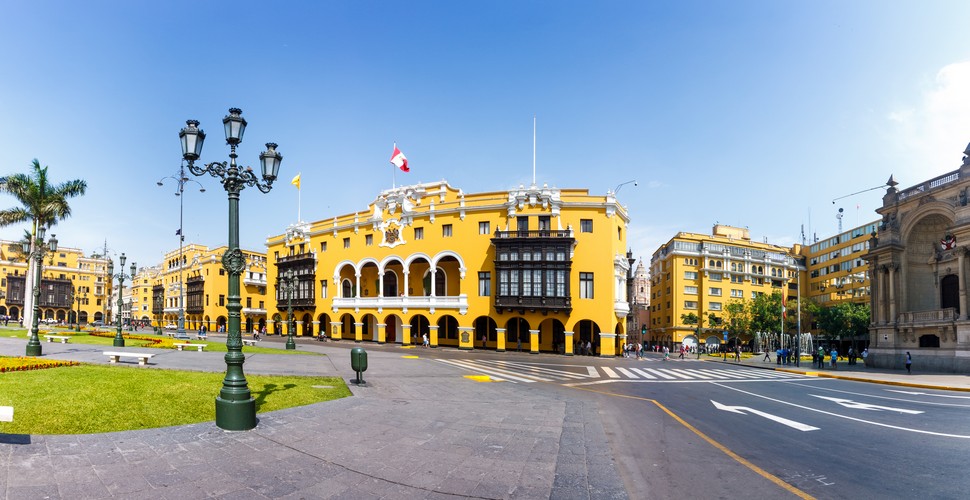 This active archaeological site sits in the middle of the Miraflores neighborhood. The clay and adobe structure, which once functioned as a ceremonial site during the pre-Columbian era, dates back to 400 B.C. Since the beginning of the excavation in 1981, multiple pyramids, ceramics, textiles, and tools have been discovered. Most recently in 2010, four intact mummies were found undisturbed. You can see many of the artifacts in the small on-site museum. The price of admission also includes a guided tour of the site (given in both English and Spanish). Huaca Pucllana is also home to a popular, award-winning restaurant that travelers highly recommend for its traditional Peruvian cuisine. 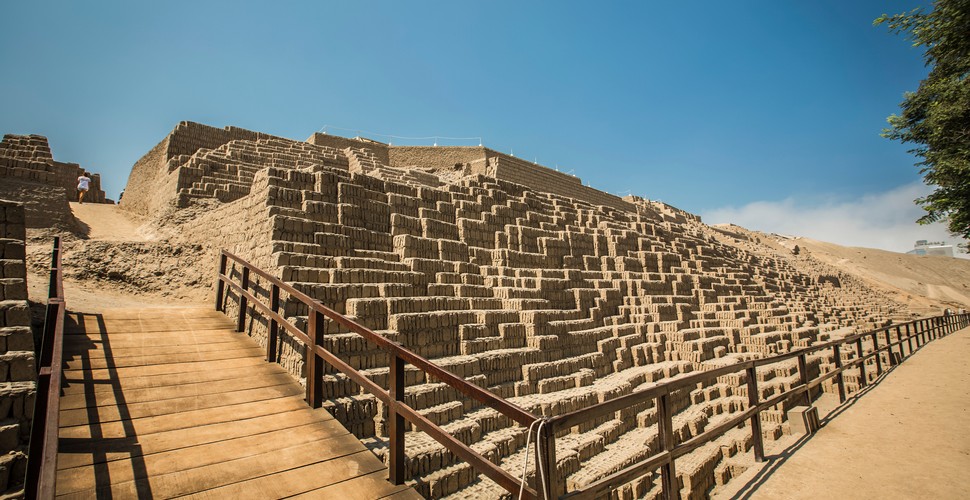 Known as the birthplace of Lima, the Plaza de Armas (also known as Plaza Mayor) functioned as the heart of the Spanish colony dating back to 1535. Travelers say it's a must-see for every first-time visitor to Lima. Located in the historic center of Lima, this main square is full of photo ops. Although none of the original structures stand, the current architecture is still photo-worthy. You won't be able to miss the bright yellow Municipal Palace, as well as the bronze fountain that dates back to the early 1650s. The Plaza de Armas is also home to the baroque-style, block-long Government Palace where you can watch the changing of the guard daily at noon. It also features the Archbishop's Palace, which is adorned with Moorish-style balconies. 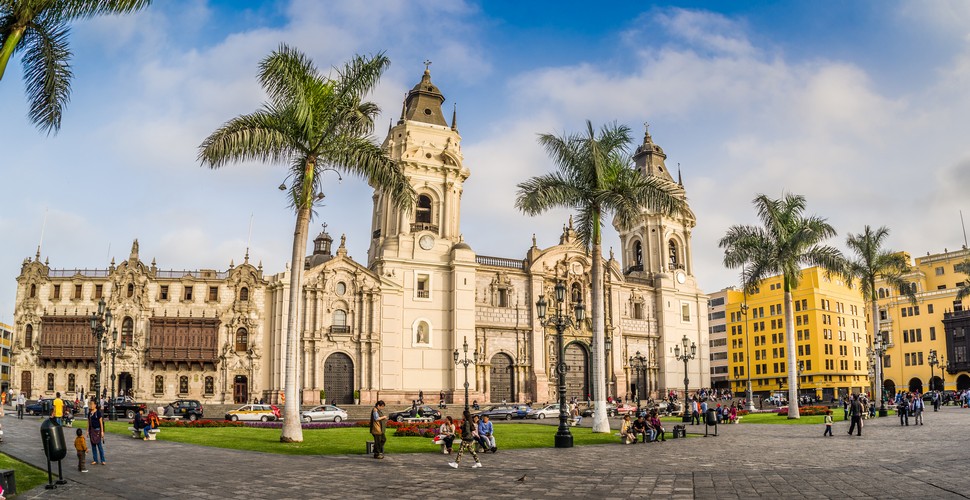 The cathedral is one of the most important religious temples in Peru. This church is also a museum for those who want to see a lot of religious art and especially each of its structures that make it a jewel of Lima as they have been affected by the constant earthquakes that the city of Lima has endured throughout its history. Inside the cathedral, you will also find the remains of Francisco Pizarro who was the man who founded the city of Lima on the 18th of January 1535, precisely in the middle of the Plaza de Armas. Francisco Pizarro was murdered in the same stalls within the cathedral by the son of another conqueror called Almagro. 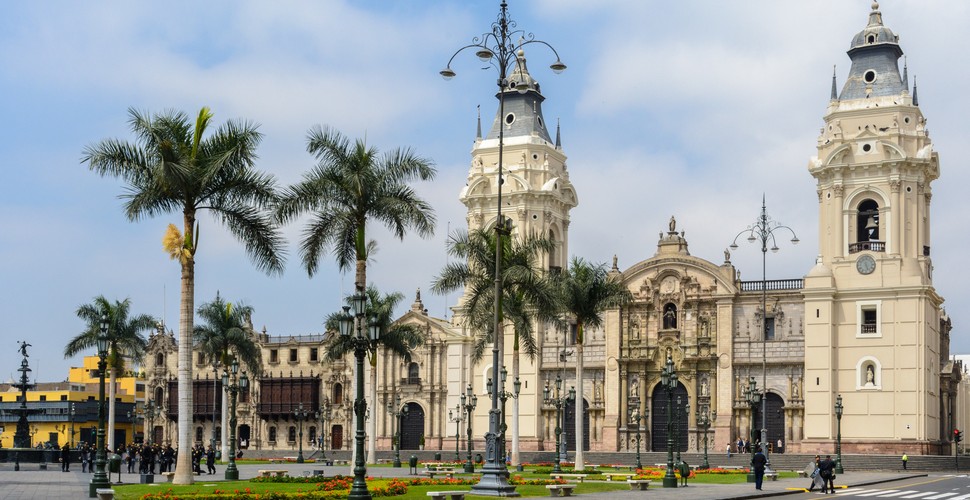 Santo Domingo impresses with its enormity. The red stone that forms the center of the facade is very finely carved, and as on the cathedral, contrasts with the white of the two side towers. The Virgin of the Rosario and Saint Dominic is venerated there. Flanked by the Municipal Palace and several colonial Peruvian mansions, "The Iglesia y Convento Santo Domingo" is one of the most important religious landmarks in Lima. Dedicated to Our Lady of the Rosary, this Minor Basilica is celebrated for its exquisite architecture and rich history. The opulent neoclassical altar of the church is an awe-inspiring sight. The turquoise columns and the ornate altar in gold carvings form this revered place of worship among the Peruvian people. Apart from a massive library and several chambers, the church boasts of being the place where the University of San Marcos, one of the oldest universities in the Americas, started its work. The well-known cloisters, which are a part of the convent and the university, surround an exquisite octagonal garden. The Tomb of Santa Rosa de Lima, made of marble and adorned with mosaics, is a highlight of this basilica. Brimming with rich religious history and architectural excellence, this 16th-century landmark is an important tourist attraction. 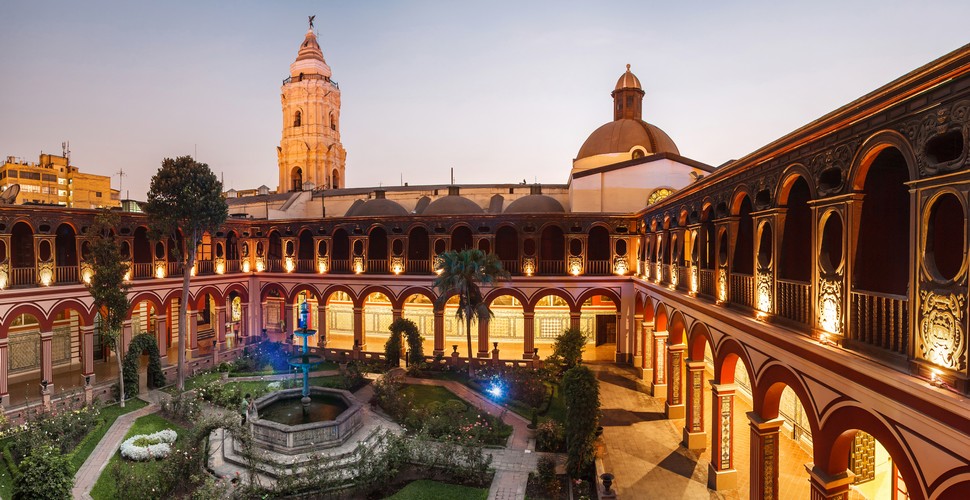 The National Museum of Archaeology and Anthropology

One of the most important museums not only in Lima but in all of Peru is the National Museum of Archeology and Anthropology. It is located in the traditional Pueblo Libre district, just 5 kilometers from the city center. It is the oldest museum in Peru as it was founded in 1822 by General José de San Martín. Through its thirty rooms, historical and archaeological pieces from ancient Peru, from the colonial era and the republican era are exhibited. In other words, it offers a quick look at more than 10,000 years of history in the country. The chosen place to construct the museum was the 'Palacio de la Magdalena' where viceroys and the liberators San Martín and Bolívar lived during their governments in Peru. The first collection consisted of donations, archaeological excavations, and even purchases from private parties. These were exhibited in 1872 at the Palace of the International Exposition in Lima. The darkest page in its history occurred in 1881 when the Chilean army looted its pieces during the War of the Pacific. However, the reorganization of the museum was rapid because in 1905 it was recast under the name of the National History Museum. One of the most important pieces that dates back from that time, and that was not stolen in the Chilean looting, is the 'Estela de Raimondi', from the Chavín culture (1,200 AC - 400 AC). During the 20th century, the archaeological area of the museum was in charge of Max Uhle (1905) and Julio César Tello (1911). In that year the museum had approximately 9 thousand archaeological pieces.  Another unfortunate event occurred in 1981 when thieves stole 220 pieces of gold and silver from the museum. The final merger occurred in 1992 when the current National Museum of Archeology, Anthropology, and History of Peru was created under the administration of the Ministry of Culture of Peru. Today it is considered the best and most complete cultural center in the country. Its collection includes pieces and works from ancient Peru (14 thousand BC), the colonial era, and the current republican period (from 1821 AD to today). 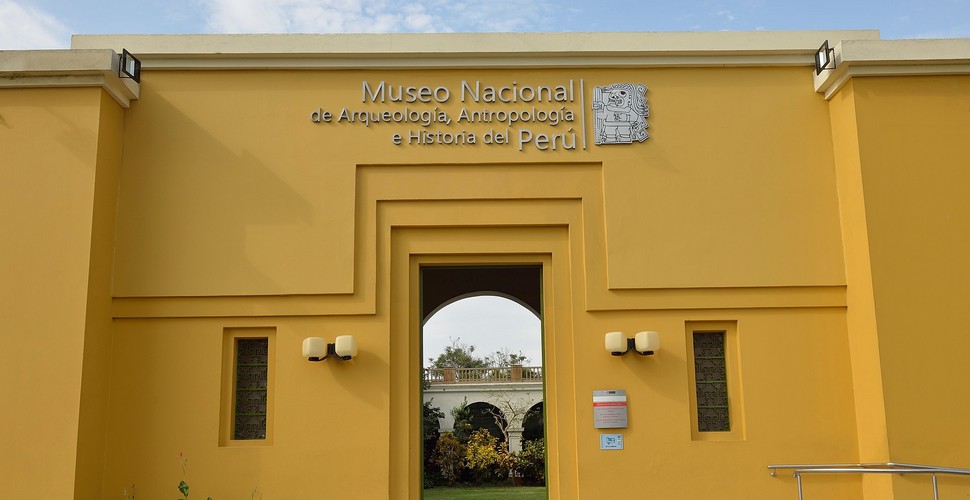 Book your Lima City Tour with The Archaeology and Anthropology Museum with Valencia Travel here!