Lake Titicaca is a spectacular mass of water, split almost 50/50 between the two countries of Peru and Bolivia. This lake is home to hundreds of rare animal species, floating islands, male knitters and a number of mysterious fables thrown in. In terms of a vacation or trip to this lake, on your Peru visit, adventure is never far away. Lake Titicaca´s weather is generally crisp and cool at the high elevation it is found, and the views are so much more than stunning. This lake is one of the most remarkable and unique places to visit in Peru. Here are some interesting facts about the impressive lake. 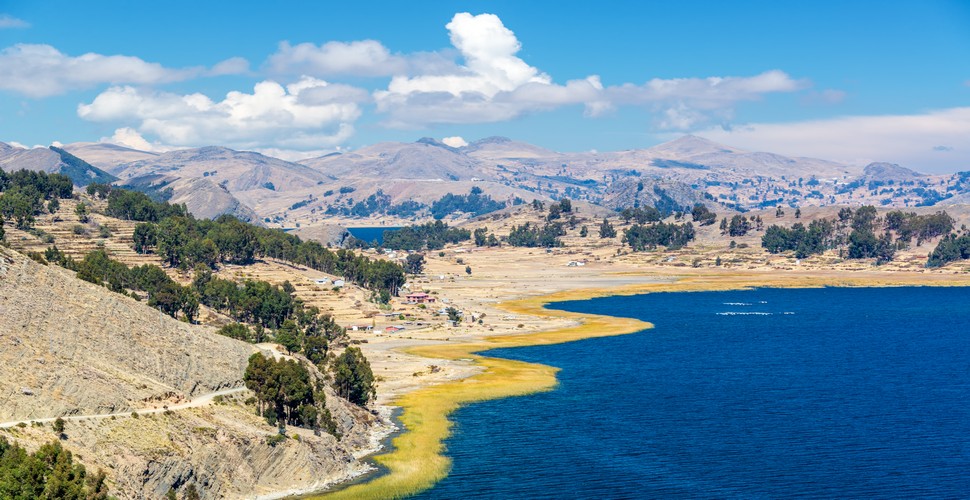 The highest lake in the world

Lake Titicaca is the highest navigable lake in the world, at a whopping 3,810 meters elevation/ 12500 ft. Lake Titicaca was formed in a dramatic fashion around 60 million years ago. A huge earthquake hit the Andes Mountains, causing them to split in two and creating a huge hollow. The space filled with water from melting glaciers, creating this magnificent fresh water lake. 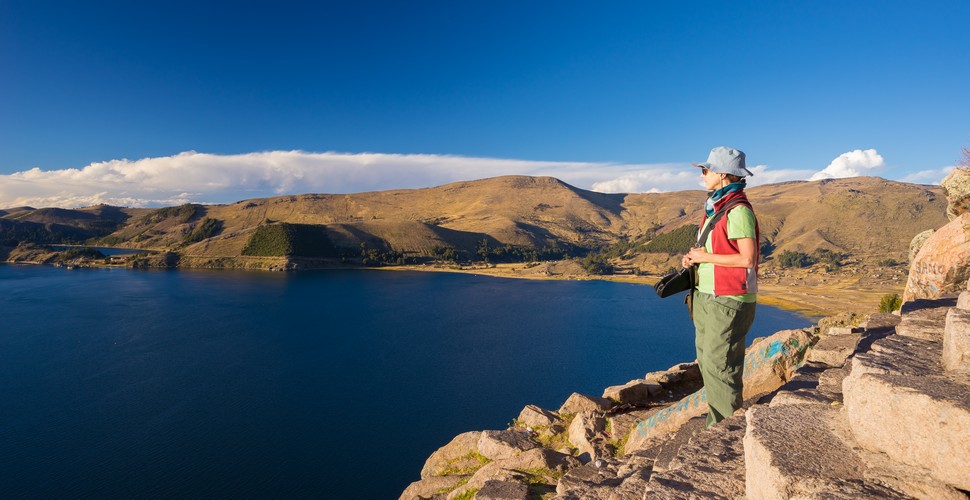 It is the largest lake in South America

With a surface area of 8,400 km2, of which 3,690 km2 are on Bolivian territory, Lake Titicaca has several depths, the maximum depth being 283 meters deep (930 feet). This makes it the biggest lake in South America.

Lake Titicaca is in both Peru and Bolivia

The lake spans both Peru and Bolivia. The Peruvian side is slightly bigger than the Bolivian side yet the lake is worth a visit from both sides of the border for different experiences. 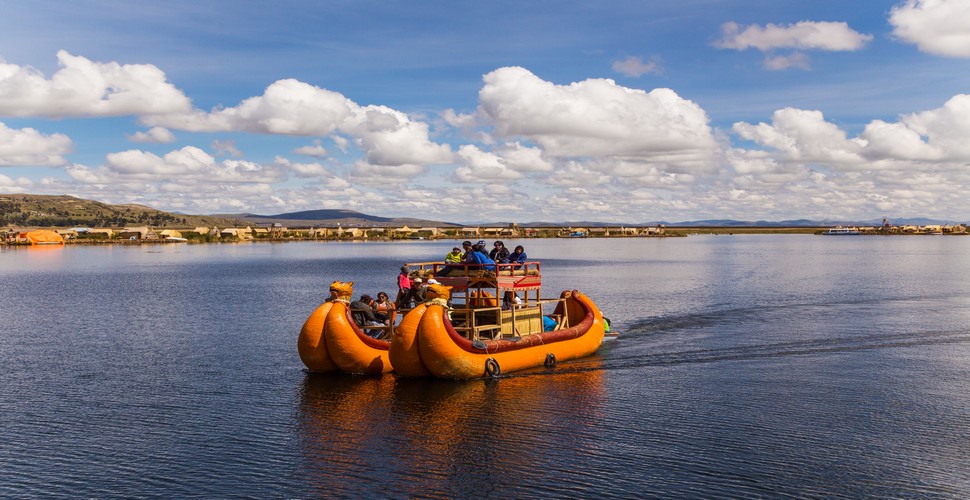 Totora Boat near the Floating Islands

Lake Titicaca was the "cradle of the world"

To the Incas, Lake Titicaca is the birth place of the sun and its' people. In essence, they believe the world began at Lake Titicaca and therefore call it the "cradle of the world". Legend has it that the first Inca, Manco Capac and his wife, Mama Ocllo were believed to have been born here also, making the lake incredibly sacred for the Quechua people. 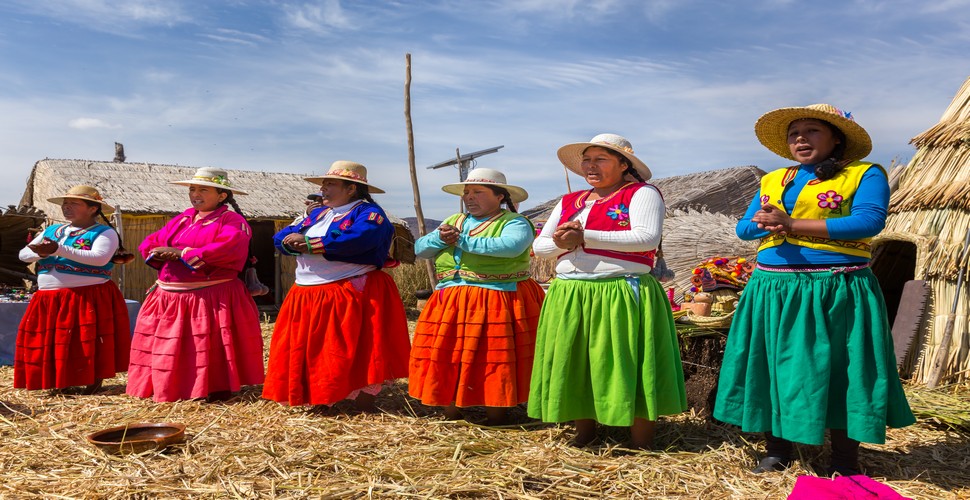 One island has 180 Inca ruins!

The island named Isla del Sol, or Island of the Sun, on the Bolivian side of the lake, is the largest island on Lake Titicaca and is home to 180 Inca ruins. If you are not going to the Bolivian side of the lake, you can also find Inca ruins on the island of Amantani. There are two Inca sites here that sit on the two peaks of the island, Pachatata and Pachamama. The stunning landscapes in between offer spectacular views with perfect hiking terrain and impressive agricultural terraces between them.

The Lake was home to other pre-Inca civilizations

Before the Incas, other cultures resided on Lake Titicaca and left their marks on the culture and landscape, including the Urus, Pukara, Tiwanaku and Colla civilizations. 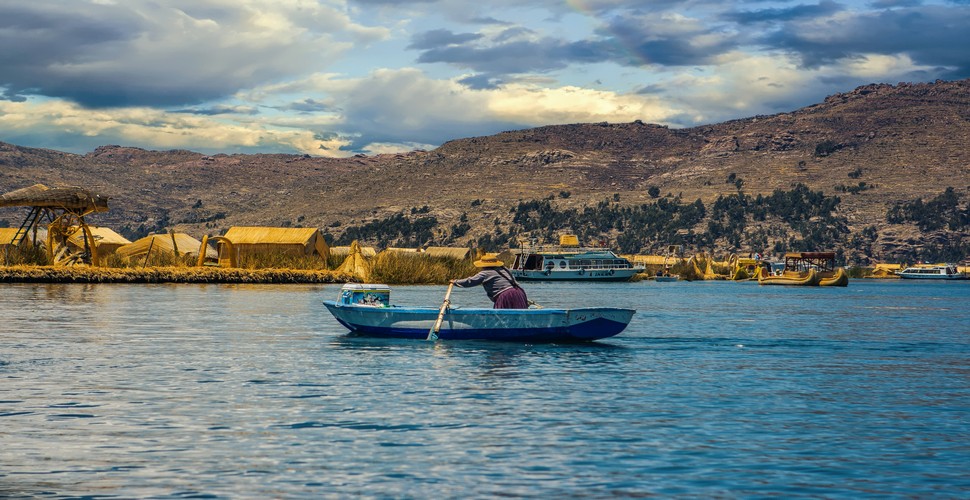 A Lost city in its depths?

There are many tales of a lost city hidden in the lake, considering that Lake Titicaca is the largest lake in South America it is not hard to believe that it holds some secrets. In 1966 Argentine divers discovered a paved road similar to the Inca Trail, along with a group of sacred labyrinths. It was suggested that these trails and labyrinths could have been a path to Machu Picchu.

Where does the water come from?

More than 25 rivers and many glaciers feed the lake, but there’s only 1 river that flows outward. One small river, the Desaguadero, drains the lake at its southern end. This single outlet empties only 5% of the lake's excess water; the other 95% is lost by evaporation under the fierce sun and strong winds. 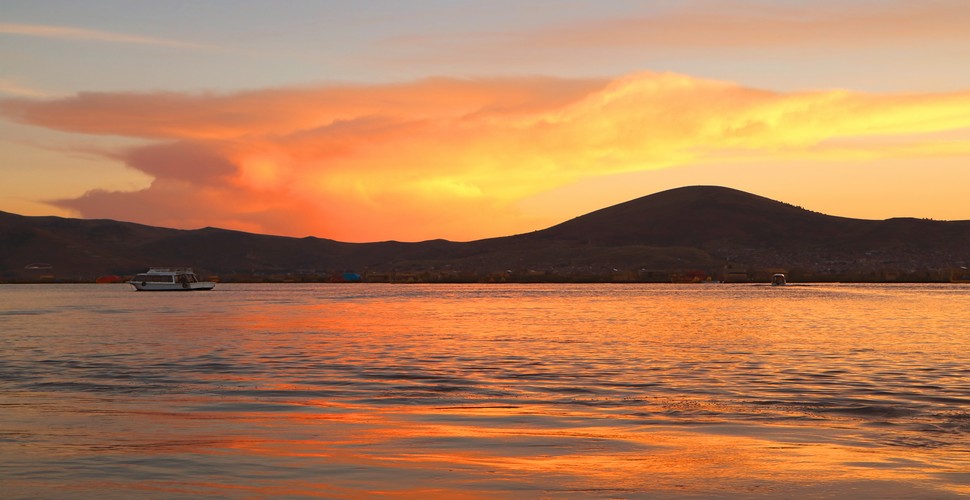 Lake Titicaca holds national reserve status and is protected by Peruvian law. It became a designated Ramsar Site in 1998, meaning it is a 'wetland of international importance' which is very important in conserving biological diversity, most likely due to the large number of endemic species found here.

Lake Titicaca is home to the telmatobius culeus, or giant frog, these frogs are exclusively aquatic and can be found at depths of up to 100 meters. These creatures can measure up to 14.5cm, which is big enough however Jacques Cousteau the French explorer, claimed to have come across a giant frog measuring 50cm in the '70s! 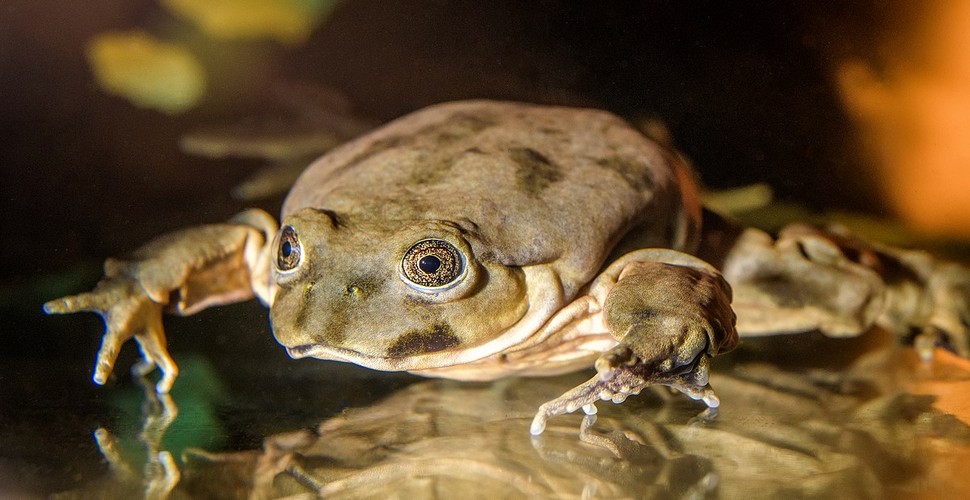