Peru’s capital is a sprawling metropolis with a population of almost 10 million people. While it might not be top of your list on your visit to Peru, the capital offers plenty of historical and cultural attractions to entice you to stay a while. This half-day tour of downtown Lima and The Larco Museum is the perfect introduction to the country and its colonial past and includes a visit to The Larco Museum, one of the top 25 museums in the world! 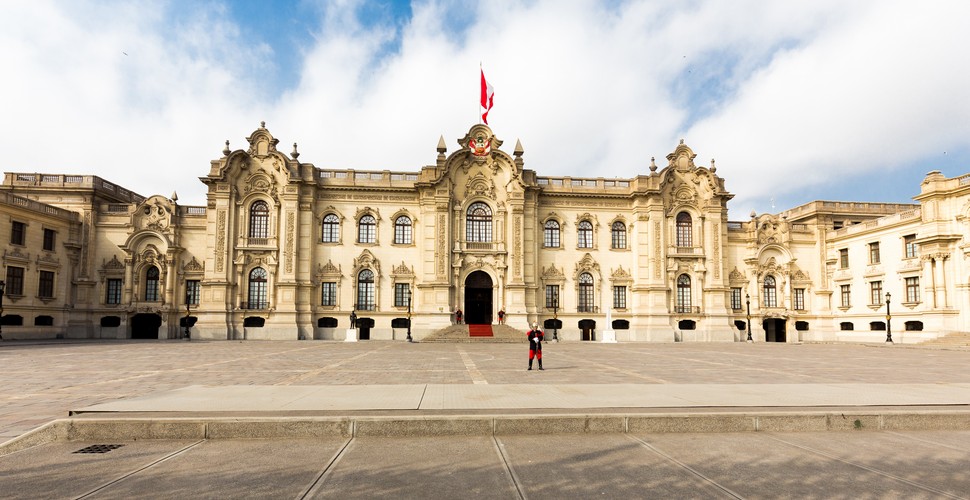 This archaeological site located in Miraflores dates back to the 4th century and was once a very important ceremonial site, with pyramids made of adobe clay. Today The Huaca Pucllana is immaculately restored and there is an on-site gourmet restaurant to admire the ruins from your dining table. 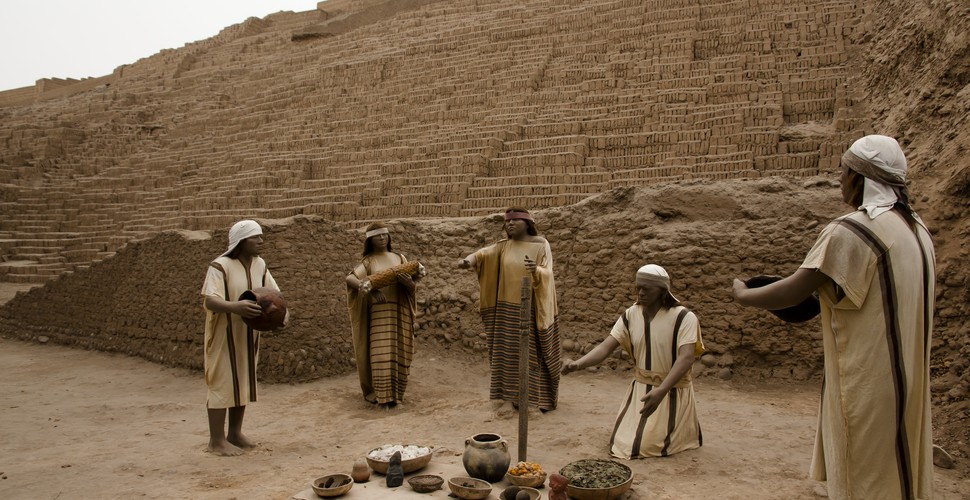 Next up is The Plaza Mayor or main square, the most representative one in Peru and forms the epicenter of the historical center of Lima. Admire the numerous architectural relics that make up this UNESCO World Heritage Site. See impressive buildings such as The Government Palace, The City Hall, The Archbishop’s Palace, and The Cathedral. The Lima Cathedral, built in 1625 is a Roman Catholic cathedral that still retains its colonial structure and façade. The tomb of Francisco Pizarro lies here overlooked by gold-leafed altars and wonderfully carved wooden choir stalls. The cathedral also exhibits sculptures and oil paintings from both the 17th and 18th centuries. Your expert guide will explain all about the rich history of Peru’s capital. 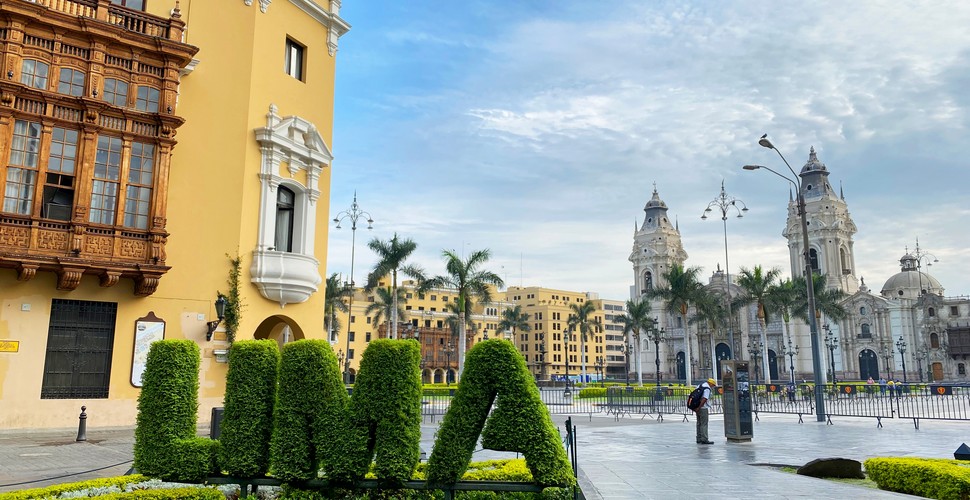 Next, just a block away is the magnificent Santo Domingo Convent, which was built during Lima’s foundation, and originally housed the San Marcos University, the oldest university in the Americas. Stepping into the convent is like stepping back in time. The library has 25,000 books from the Dominicans, some of which were printed in the 15th Century.  The Santo Domingo Convent was transited by all the major Saints of Lima, and currently houses the remains of San Martín de Porres, San Juan Masías y Santa Rosa de Lima. 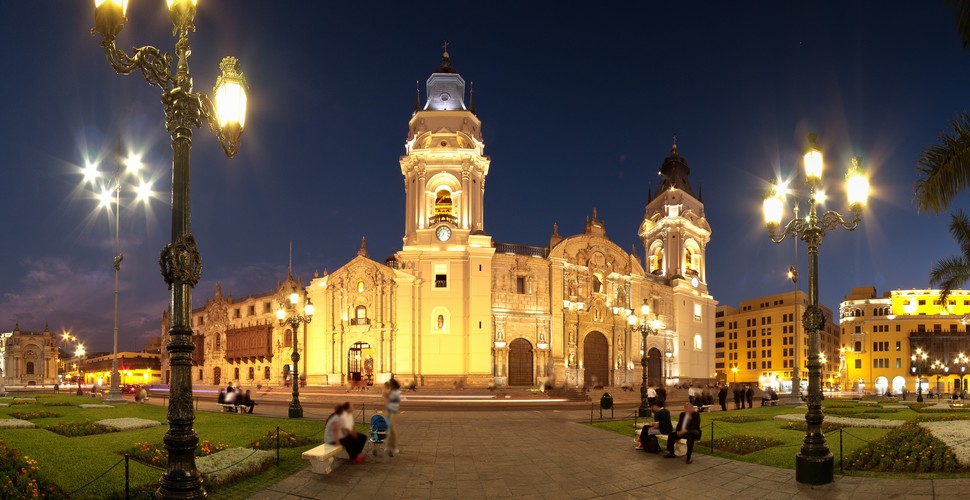 The Larco Museum was founded by archaeologist Rafael Larco Hoyle, who spent his life investigating and protecting the vestiges of Peru’s northern, pre-Colombian cultures. Larco Hoyle not only treasured and cataloged the remains he found on his scientific explorations of the archaeological sites on the north coast of Peru, but he also purchased numerous private collections. Today, the Larco Museum exhibits almost 45,000 artifacts from the Mochica, Virú, Chimú, and Sipán Cultures, as well as other, smaller civilizations that populated pre-Inca Peru. Its awesome collection covers 5,000 years of ancient Peruvian history, including jewelry, made of gold, silver and precious stones, pottery, metals, textiles, and more. "Museo Larco” is also famous for its gallery of pre-Columbian erotic pottery. The Larco Museum is surrounded by beautiful gardens that offer respite from the sprawling capital city on this excellent half-day tour of downtown Lima and the Larco Museum. 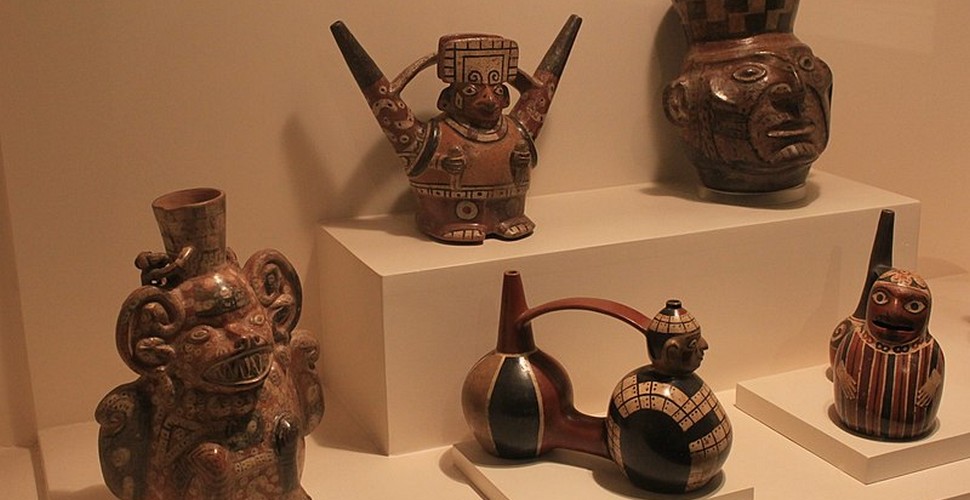 This Lima tour is ideal for history enthusiasts and travel specialists. Without a doubt, it is one of the best museums in Latin America and the world. Book the Valencia Travel  Lima City and Larco Museum Tour here!