Nestled in the lush green mountains, the charming city of Cajamarca is located at 2720 meters elevation and features a blend of modern and colorful architecture, along with a fascinating history. Cajamarca makes a great place to soak up the real Peru and explore its lesser-known architectural treasures. Cajamarca sits in a valley between the Andes Mountains in the Northern Highlands of Peru. With a mild, dry, and sunny climate, Cajamarca is the perfect getaway, attracting many national tourists, however, remains relatively unknown to international tourists, so you will feel like a true pioneer when exploring the city! This mix of ingredients is what makes Cajamarca an unforgettable destination. 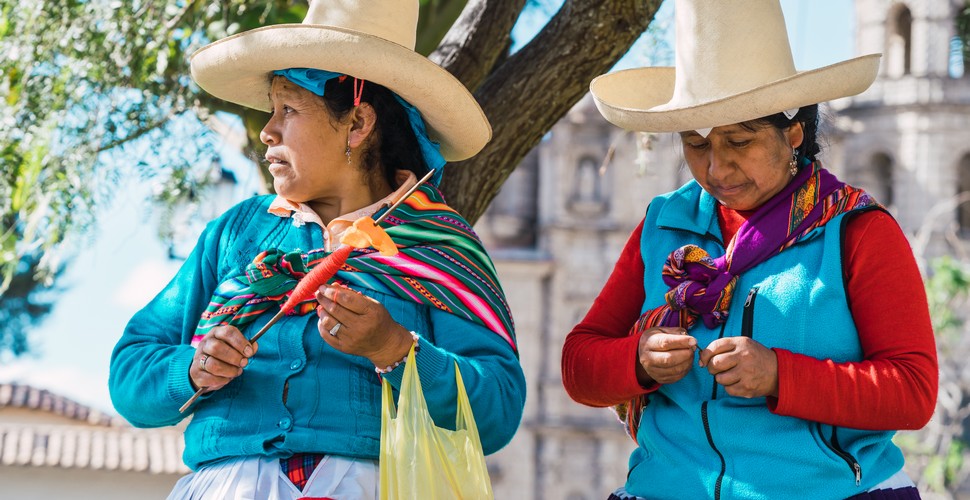 The name "Cajamarca", comes from the Quechua language meaning "town of thorns", due to the large amount of San Pedro cacti in the region. Currently, San Antonio de Cajamarca is the name city, the province, the department, and the green valley, intersected by the Mashcón and Chonta rivers at 2750 meters above sea level.  While many civilizations have come and gone, the scenic beauty of Cajamarca’s lush mountains remains constant. Its architectural heritage is invaluable, religious and administrative buildings, as well as beautiful mansions, form part of the city center. In front of its Plaza de Armas, is the Cathedral of Santa Catalina, an impressive example of baroque architecture in America, and the Convent of San Francisco whose altar is carved in volcanic stone. Other locations in the center include the Belén Monumental Complex which consists of a church and two hospitals, that currently function as museums and the Recoleta Convent among other historical jewels. 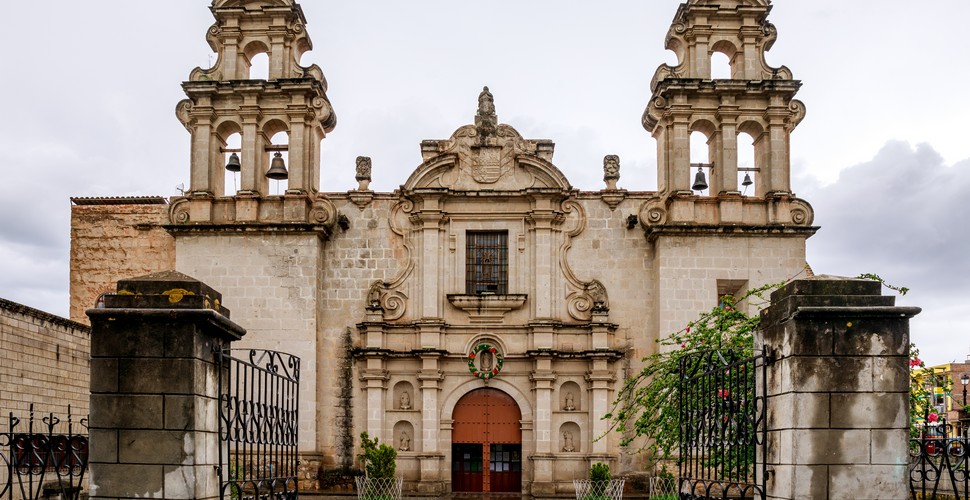 Cajamarca played an important role in South American history, which is still noticeable today. In this ancient Inca city, the Conquistador Francisco Pizarro imprisoned and killed the legendary Inca, Atahualpa, which marked the beginning of the end for the Inca Empire. The building where Atahualpa was detained, ‘el Cuarto del Rescate’, is the only Inca ruin that is still standing in the center. The Rescue Room is the place where the Sapa Inca Atahualpa spent his last days confined in the year 1533, before being executed. It is a volcanic stone building and its dimensions are 11.80 m long, 7.30 m wide and 3.1 m high. It is one of the most visited places in Cajamarca due to its historical significance. Of the original construction, only the four walls are preserved and you can see a red mark, where it is said that the Incas had to fill the room with gold and silver, to pay the ransom for the liberation of Atahualpa. 24 tons of gold and silver were brought to the Spanish from throughout the Inca empire. Yet even though  Atahualpa had provided the richest ransom in the history of the world, he was sentenced to death by the Spanish for treason and died by strangulation. 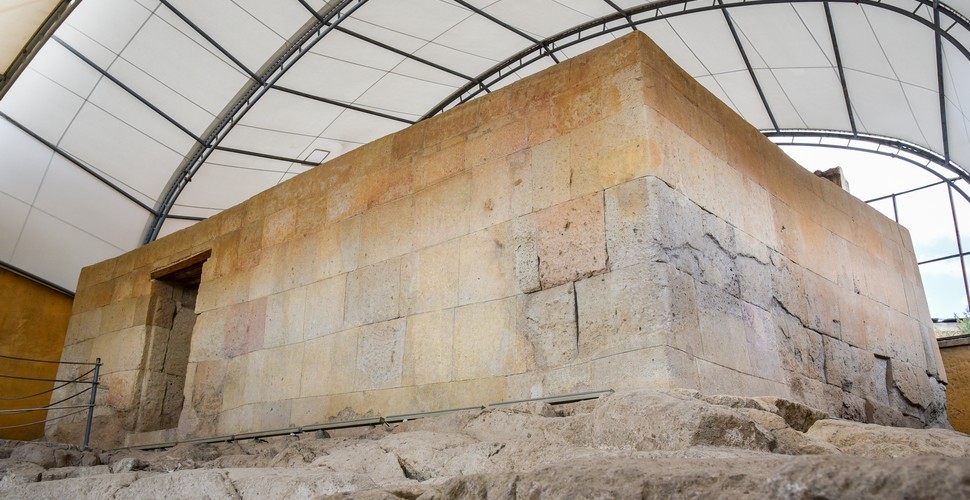 These Colonial constructions remained relatively intact thanks to the isolation of the city. Today, you can witness this remarkable architecture all around the city. Especially remarkable are the Cathedral, and the churches of San Francisco, Belen, and La Recoleta. These are all located within walking distance from the main square, or ‘Plaza de Armas’, which is probably one of the most beautiful and well-maintained plazas in the country. 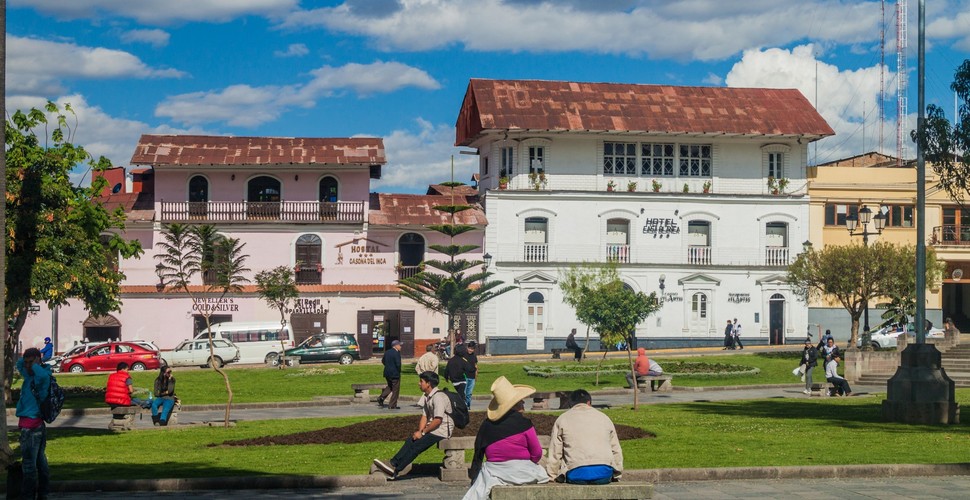 With a variety of restaurants, stores, and tourist offices around, you can easily lose track of the time! Immerse yourself in the true Peruvian culture at the Mercado Central. Become part of the typical Peruvian ambiance and enjoy its richness of colors, noises, and flavors. The market will definitely leave an overwhelming impression because of the vast crowd of Peruvian shoppers and vendors, blasting music from their stores and shouting out the offers of the day. If the chaos of Cajamarca gets too much, enjoy some peace and quiet at the most picturesque viewpoint in the city. The Santa Apolonia natural viewpoint is best visited during the sunset hours when the entire city and its surrounding mountains turn orange and flaming red. Crack open a beer or a bottle of wine, buy some local cheese, listen to music, watch the local kids flying their kites, and most importantly… enjoy this magical moment! 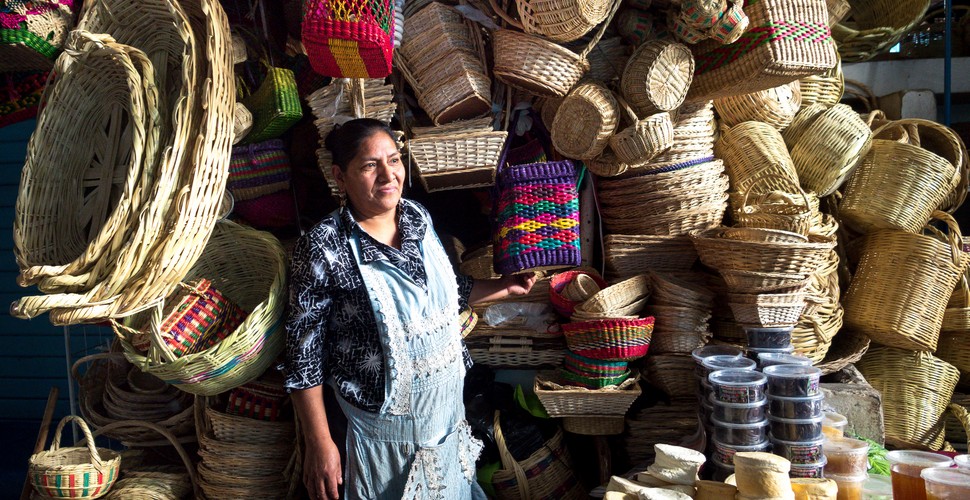