Thanks to a lack of natural predators, friendly wildlife such as playful sea lions and gigantic sea tortoises let visitors get up close and personal. This archipelago of about 19 islands and many smaller islets sprinkled 620 miles off Ecuador’s coast in the Pacific Ocean is a double World Heritage site (both land and sea are protected) and served as the inspiration for Charles Darwin’s Theory of Evolution. Each island boasts its unique landscape, ranging from barren black volcanic rocks to swaths of white sand beaches melting into gemstone-blue waters. This 7-day tour from Guayaquil to the other-worldly Galapagos Islands takes in the best islands and wildlife opportunities in The Galapagos….. find out more here! 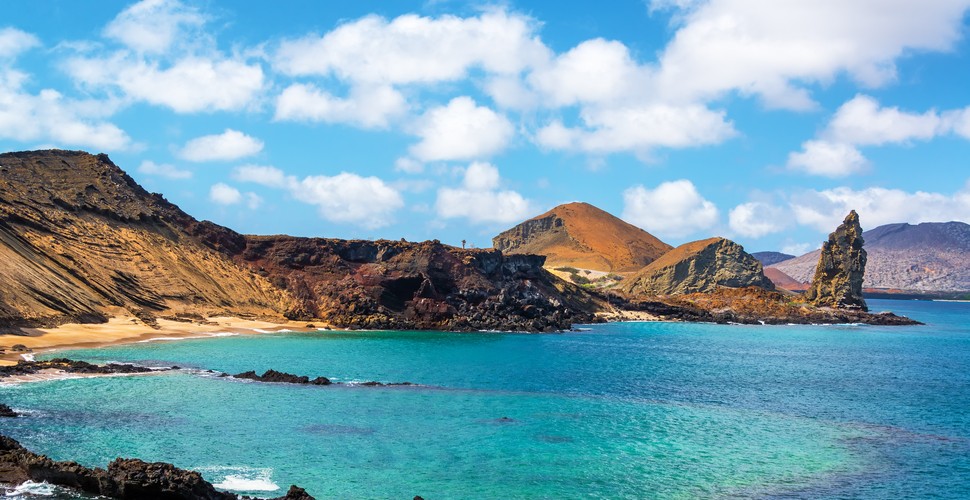 While touring the six different vegetation zones of Santa Cruz Island, you will have the opportunity to observe many unique creatures and cosmic terrains that first captivated Charles Darwin, leading to studies that would change the course of evolutionary science forever. The time you spend on Santa Cruz Island will affirm the Galapagos as an Ultimate Bucket List Experience! Santa Cruz is the second largest island in the Galapagos and is the hub for most of the tourist activity in the area, making the perfect base for this Galapagos Islands tour. 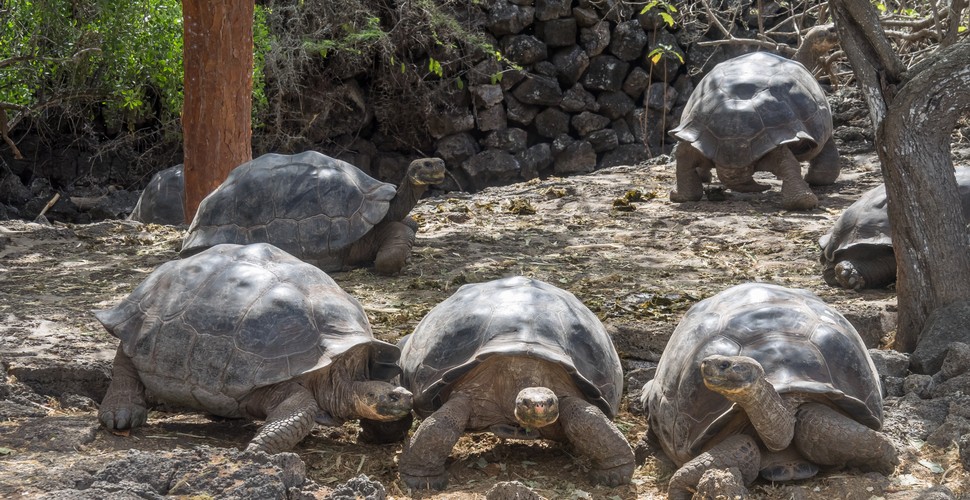 The main town on Santa Cruz Island is Puerto Ayora, home of the famous harbor Academy Bay. Observe sea birds in the cliffs surrounding the Bay, such as blue-footed Boobies, pelicans, and other species, before you jump into the turquoise waters to start exploring the underwater world. 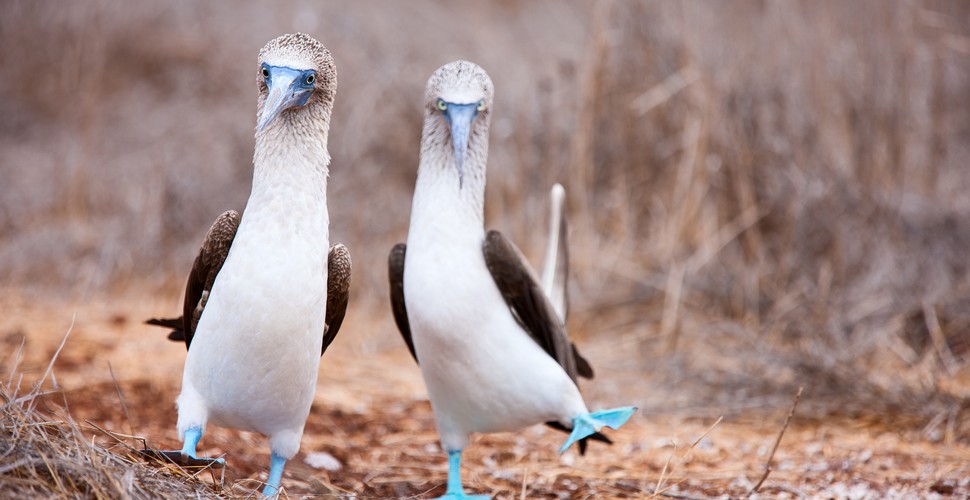 You will then head to Los Perros Beach. This name was given because of a crab, locally known as "perro". Here you can spot marine iguanas, lava lizards, and many endemic species. The path that leads to Playa de Los Perros has a length of 505m, and except for the slope at the start of the trail, where a 5m ladder was adapted to facilitate the entry, the entire trail consists of rock and dirt and is easily accessible. A park ranger watches over the site daily. Swimming or access with boats is not permitted in the pool of reef sharks. If the tide is low, you can walk along the shore of the beach to the pool of reef sharks; they can also be seen from a lookout with good balconies for safety. The primary vegetation that can be seen along the path belongs to the arid zone and mangroves. Upon entering the canal, you will see blue-footed boobies, pelicans, Great frigatebirds, and Brown Noddies. On the path along the beach and leading to the pool of reef sharks, many sally lightfoot crabs can also be seen. On arrival at the beach, you will find marine iguanas, sea lions, and hermit crabs also. 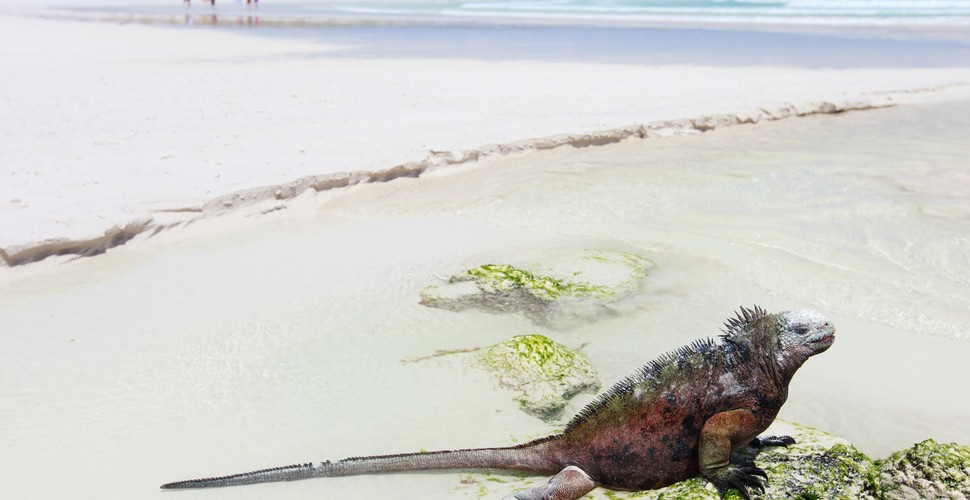 Darwin enthusiasts can’t miss Charles Darwin Research Station, the island’s conservation, restoration, and research center. You are welcomed ashore to visit the Giant Tortoise Breeding and Rearing Program run by the research station. People pass the time by visiting the giant tortoises at the conservation hub of Charles Darwin Research Station and romping through old lava tubes created by the local active volcano. 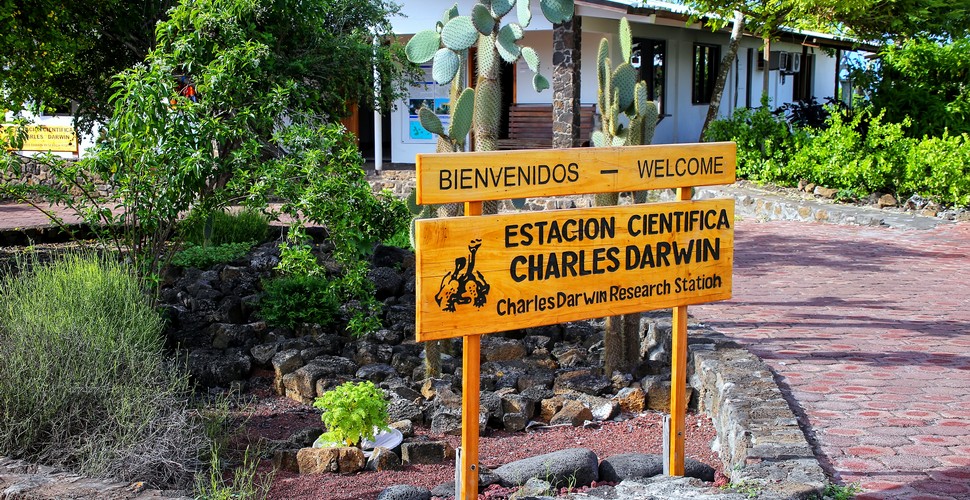 The town of Puerto Baquerizo Moreno on San Cristobal Island was initially used as a penal colony over a hundred years ago and is now a sleepy coastal village where most people start and finish their adventures in the Galapagos Islands. It has a small museum of natural history and a relatively new interpretation center with information on the biology and history of the Galapagos Islands. 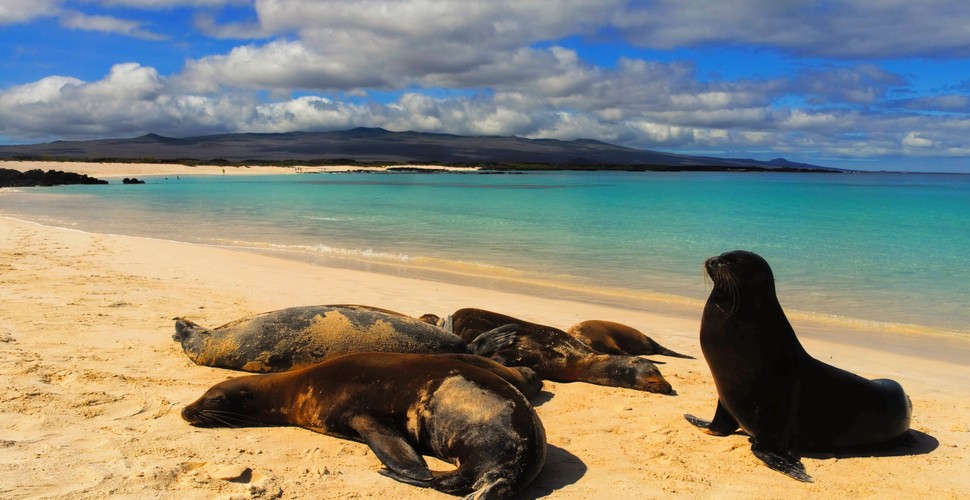 Isla Lobos is home to the area's central sea lion and blue-footed booby colonies, and you can snorkel with curious sea lions as they swim and play in the shallow water. Kicker Rock, or León Dormido (sleeping lion) as it's known in Spanish. Isla Lobos is a great spot for bird watching, with blue-footed boobies, frigates, and tropicbirds. Below the water's surface, the crystal-clear depths offer divers and snorkelers a brilliant show of vibrant tropical fish, wrasses, starfish, angelfish, stingrays, and turtles. 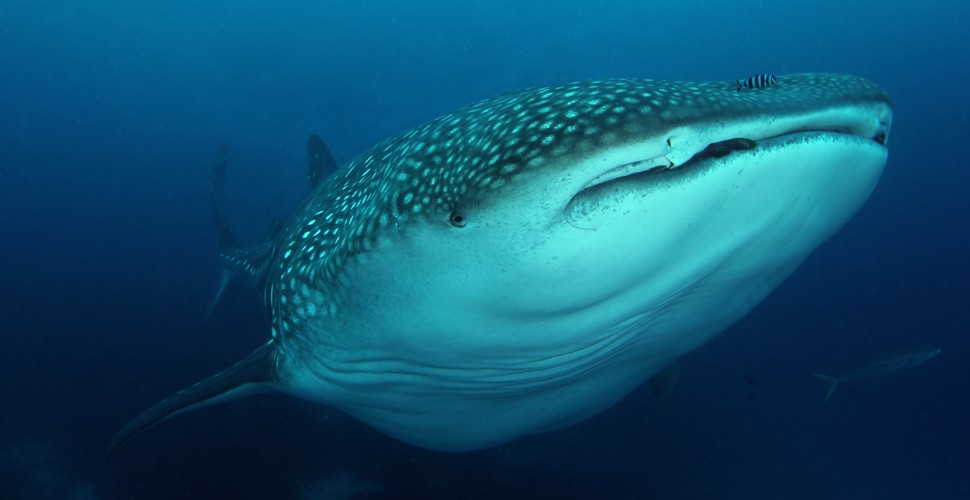 Hump Back Whale off Isla Lobos

Find out more about the 7-day Galapagos from Guayaquil tour with Valencia Travel here!