Peru is one of the most biodiverse countries, with some of the world’s rarest animals found within its borders. With the Amazon rainforest and Andes so close, animal enthusiasts can take tours through the jungle and mountains to see unique creatures in their natural habitats. Here are some animals that call Peru’s unique geographical region home. 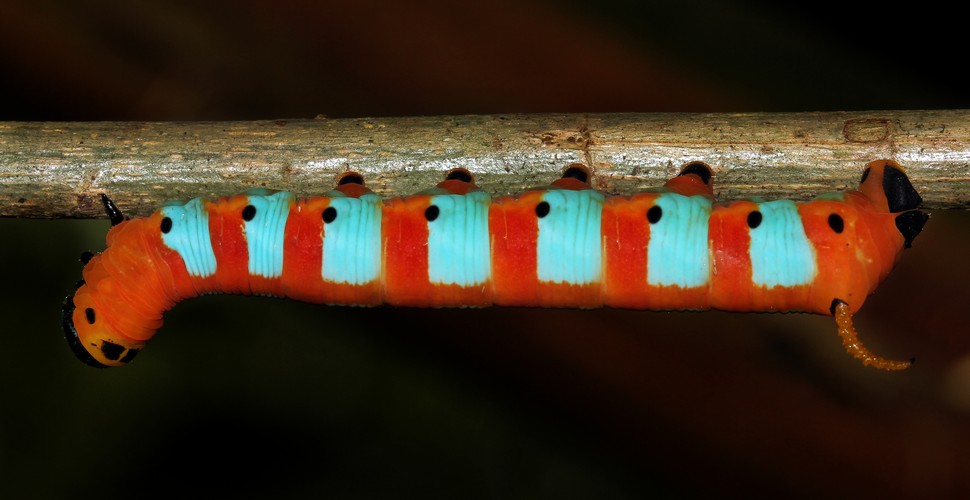 Let’s begin with Peru´s national bird is found in tropical and subtropical rainforests near rocky areas, where they build their nests. This unmistakable bird, with brilliant red-orange plumage, black-and-white wings, and a sizeable fan-like crest that almost wholly obscures its bill. Known as tunki in Quechua, it is related to other distinctive tropical fruit-eaters. 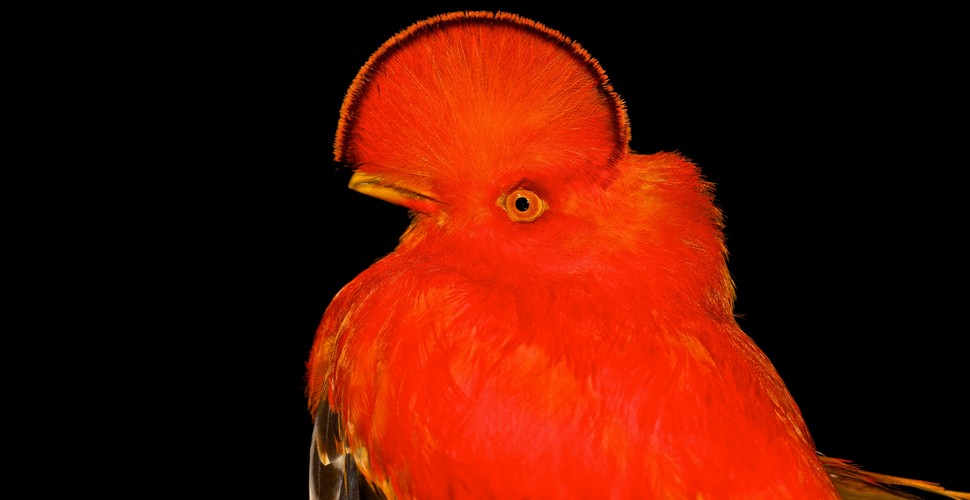 Cock of The Rock

The condor is a scavenger and the world’s largest flying bird. The Condor is a significant bird in South American culture. In  Andean mythology, it was revered as a sacred bird representing the Hanan Pacha (the heavenly world). It is well represented in iconography in cultural sites from many different cultures, including the Inca, Chachapoyas, Mochica and Nazca. The Andean condor lives in inaccessible rock ledges high in the Andes and is in danger of extinction. Spotting one in Peru is rare, but you’ll have the best chance in Chonta in the Apurimac canyon near Cusco and Colca Canyon in Arequipa. 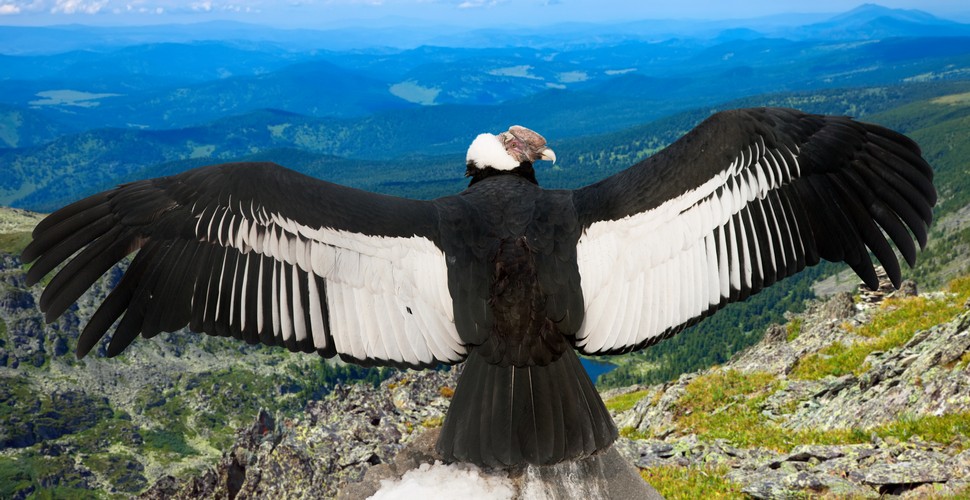 The anaconda is the largest snake in the world and can reach up to 10 m (33 ft) long and weigh up to 250 kg (550 lb). Anacondas live in trees in the Peruvian rainforest, where it slips from the branches to attack their prey. They are also found in rivers and ponds, where the snakes may surprise unsuspecting prey. Contrary to popular belief, the anaconda is not aggressive; it avoids other species, especially human beings. In the Peruvian Amazon, there are several species of anacondas (boa constrictors) and only one of them, the green anaconda, exceeds 4 meters in length, and most measure 2 meters long. The green anaconda avoids noisy places, preferring the lakes or riverbanks. 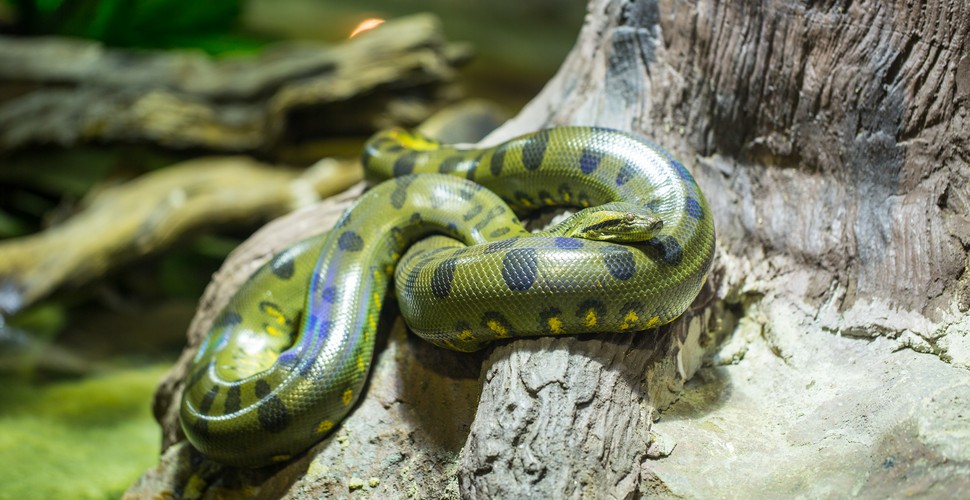 Vizcachas live in the Andes and can be seen near the Colca Canyon,  The Ausangate mountain range and Machu Picchu. It is a small rodent from the Chinchilla family and is only found in Peru. They are usually grey with a bushy, long tail and look similar to a cross between rabbits and squirrels. They are also known for their very soft fur but are not as soft as their relatives. Like chinchillas, they live in large colonies and prefer harsh, rocky environments at high altitudes. 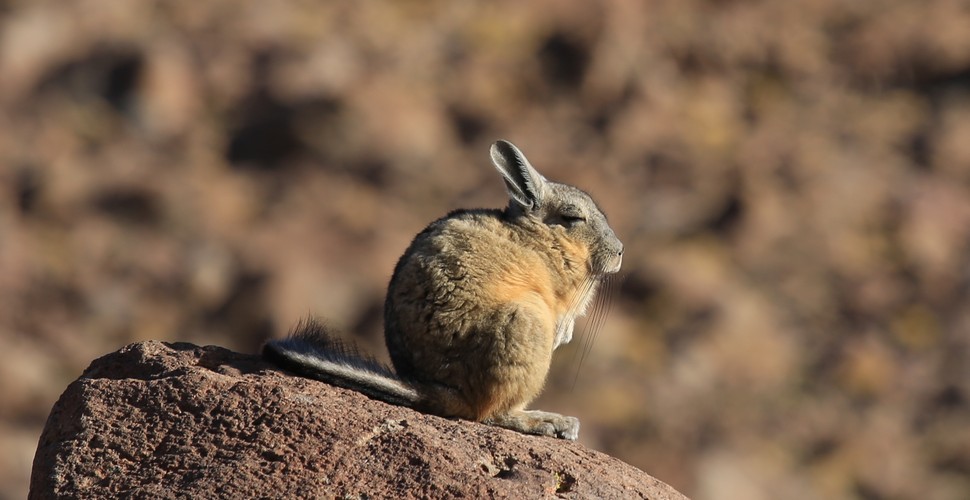 The spectacled bear is the only species of bear in South America and one of the most emblematic mammals of the tropical Andes. Spectacled bears are a relatively small bear species that get their name from the light-colored rings around their eyes. Peru’s spectacled bears are most commonly found in high elevation forests, with their main threat being hunting and habitat loss and degradation, thus becoming increasingly rare to see. 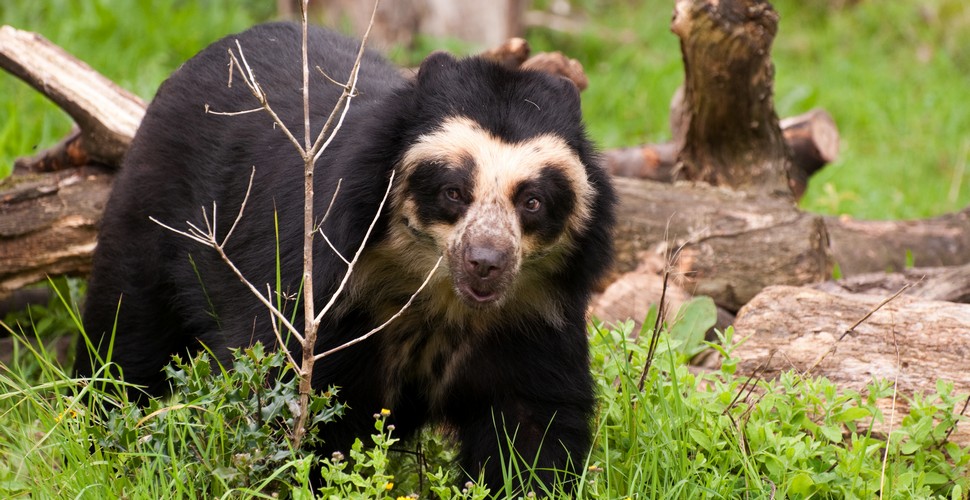 The fisherman's dock turned turtle swimming adventure is close to Los Organos in the North of Peru. Here you’ll find one of a few species of sea turtle native to the Peruvian coast. Five of the seven marine turtles inhabit the Peruvian coast, and all are endangered. If you decide to swim with them, please do not touch the turtles. Touching them can remove a thick layer of mucus from their shell, protecting them from certain diseases. 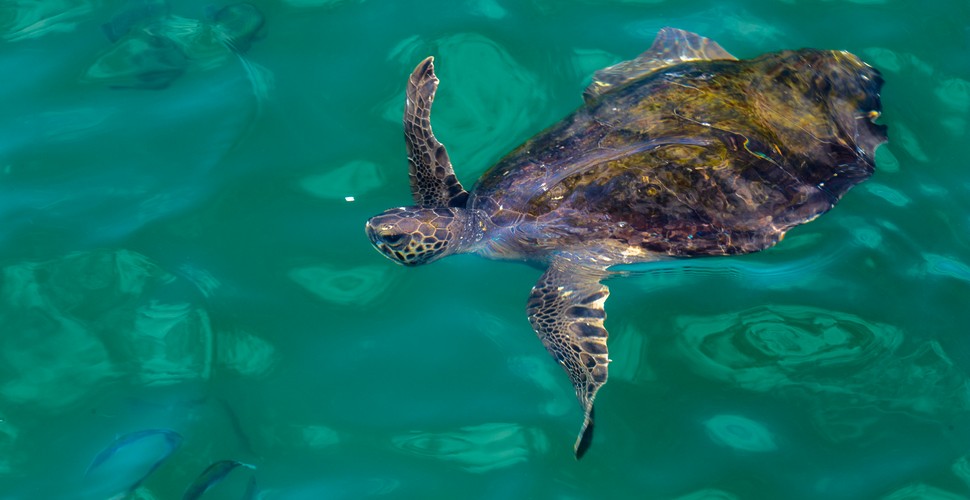 Humpback whales come to the warmer waters of the north of Peru from August through October to give birth. From Mancora, you can take tours to see the whales and, if you’re lucky, see the males jump out of the water to attract the female humpbacks, an impressive sight! 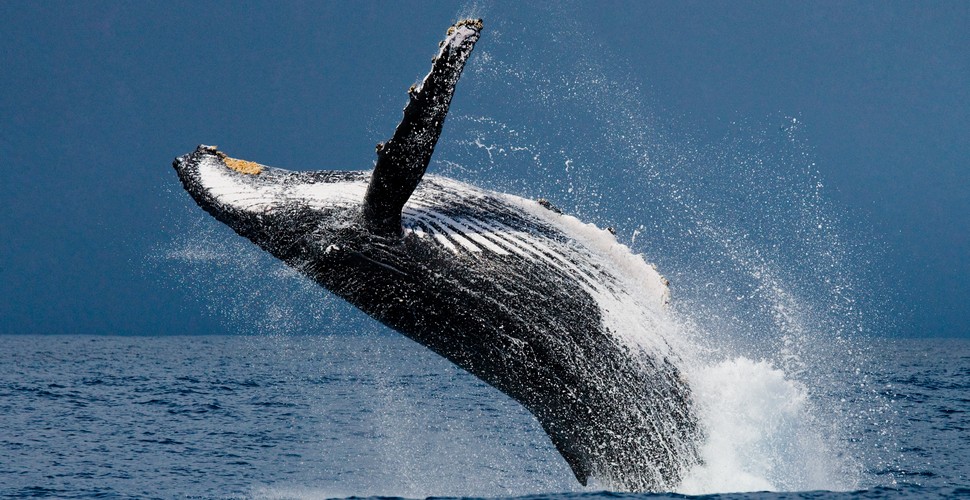 Take a jungle cruise through the Amazon, where you will have the chance to catch glimpses of the rarely-sighted Amazonian pink dolphin. The giant freshwater dolphins are pink, especially the adults, though some turn partially grey. They are the most significant river dolphins on the planet and can weigh up to 400 pounds. They are known to be very friendly and playful and often approach humans. While the pink dolphins have not yet been designated an endangered species, they are considered “vulnerable” to extinction. 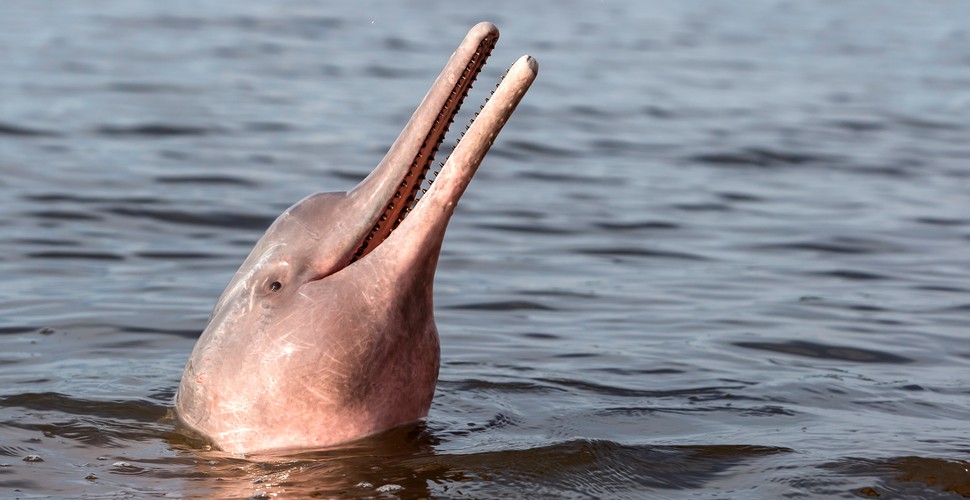 The jaguar is the largest cat in the Americas, reaching up to 2.70 m (9 ft) long. Jaguars historically lived from the United States to eastern Argentina. They quickly disappeared from areas impacted by people and are listed as near threatened by conservation authorities. Your best chance to spot one in Peru would be deep in the jungle at an ecolodge and in remote regions far away from any city or town. 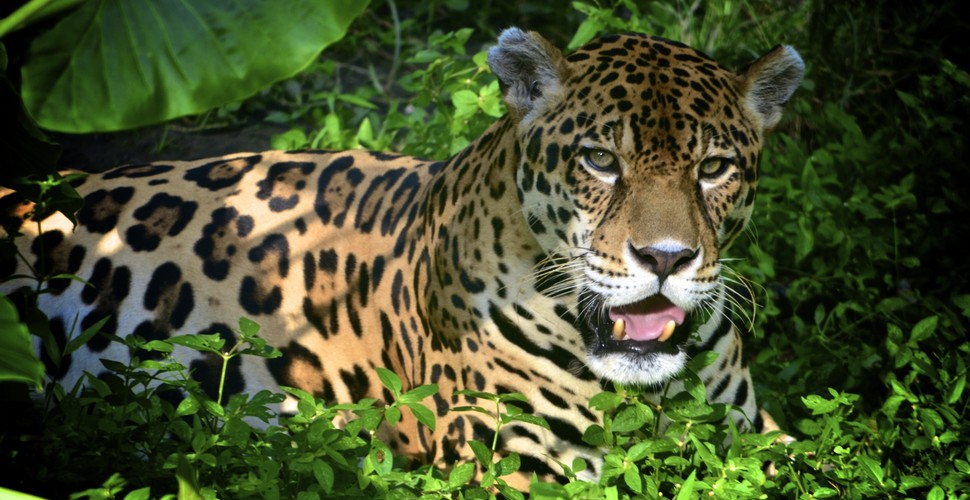 Llamas are the domesticated camelid native to Peru. They are synonymous with Peruvian culture, and you can find some llama souvenirs or stuffed llamas anywhere in Peru. Llamas are also native to Chile, Bolivia, and Argentina and were used both as food and as pack animals by the Incas throughout the Andean region. 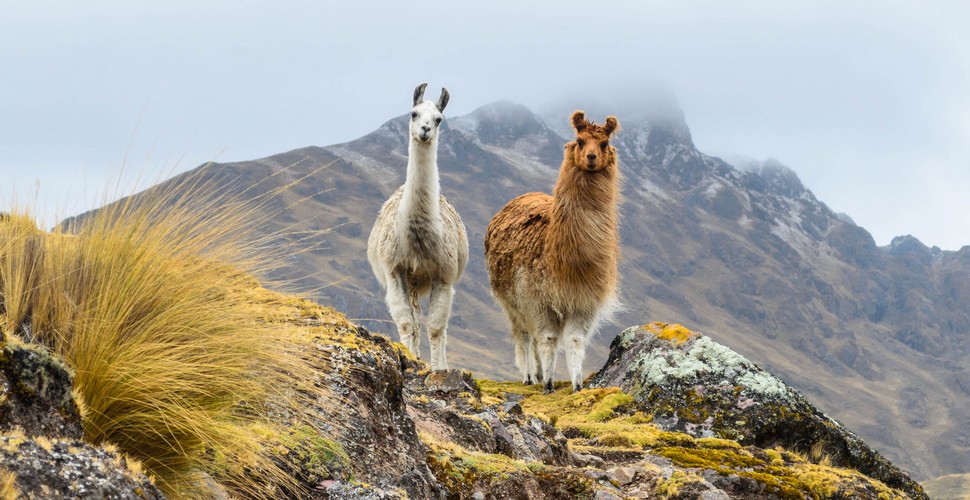 Alpacas are another domesticated species of South American camelid that look like a smaller, fluffier llama. Alpacas are much smaller and therefore don’t make very good pack animals. Instead, they have an excellent, silky coat that can create soft and warm textiles. The animal is well known for its wool which is very warm and soft and found for sale all over Cusco. 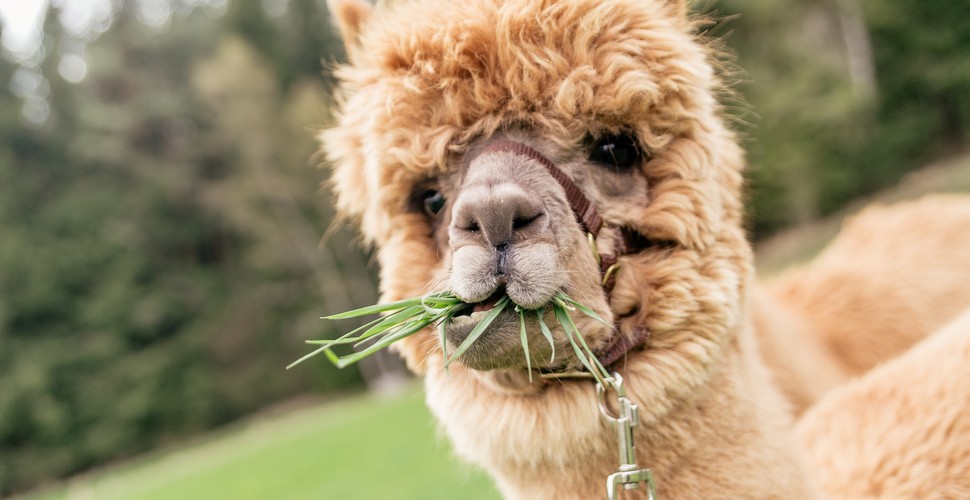 The Hairless Dog is a breed that is native to Peru and is an essential icon of Peruvian culture. Its presence dates back to pre-Columbian times, appearing on the ceramics, paintings and iconography of cultures such as the Chavín, Moche, Wari, Vicus, and Chimú cultures. With an imposing and proud appearance, the dog - also known in Peru as the ‘Calato’ dog, which means ‘naked’ in Quechua, has been depicted on ancient pottery for different uses and in everyday scenes such as childbirth and breastfeeding, showing that they were largely considered pets by the ancient Peruvians. During Inca times, this dog played an important role in Inca customs, rituals and traditions, as well as being thought to have healing powers. There is a drawing by the Peruvian chronicler Huamán Poma de Ayala in which a ‘Coya’ (the primary wife of the Inca) with a Calato dog at her side as her pet. 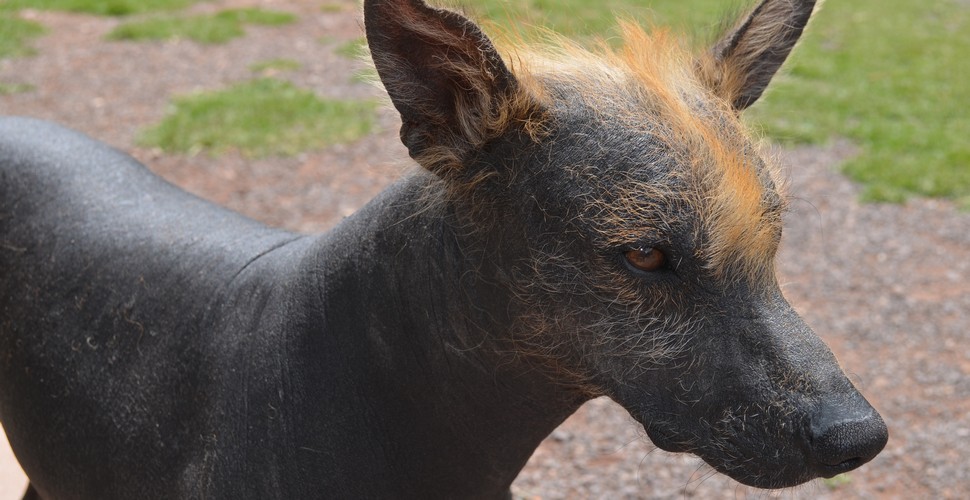