Most people who come from Western countries in North America or Europe know of the Cuy as a “Guinea Pig” and have had or known someone who has had one as a pet. In South America however, the Cuy is a delicacy that is known for its rich flavor and texture and has been used for over 5000 years in the Andean highlands of Peru, Bolivia, and small parts of Ecuador and Colombia. 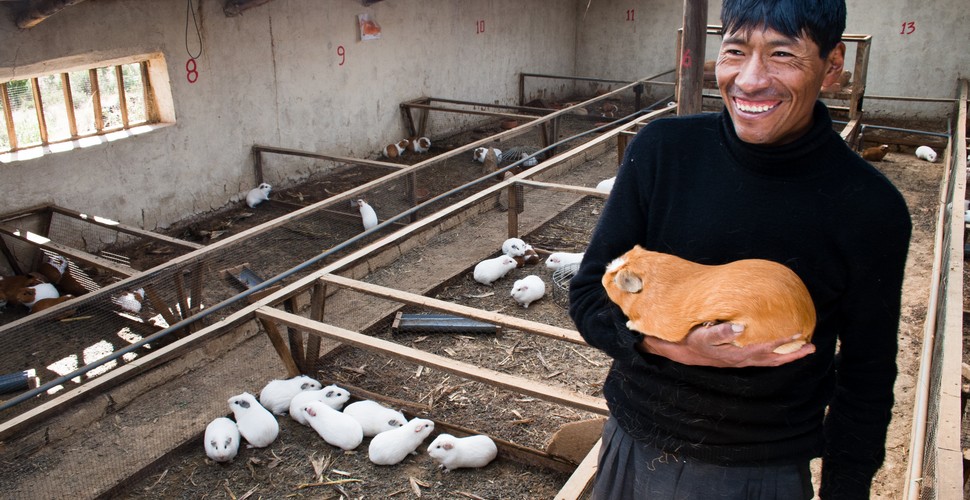 The Cuy was originally domesticated for its meat in the Andes. It was usually eaten by indigenous communities during significant ceremonial events as a delicacy and reserved for special occasions, but the Cuy has a history of much greater significance in the Andes than just food. It can often be seen in the elaborate ceramic and gold artwork of the Moche culture from 100-700 AD on the northern coast of Peru, and it can also be recognized in Folklore tales and traditions of the past. The exchange of Cuy as gifts, their use in social and religious ceremonies, and for their use in healing. Even today the Cuy is used by Curanderos, or folk doctors, to diagnose and cure diseases by moving the animal all over a person’s body and cutting the animal open to determine the illness. This type of healing is used in many areas where Western medicine is either unavailable or untrusted. 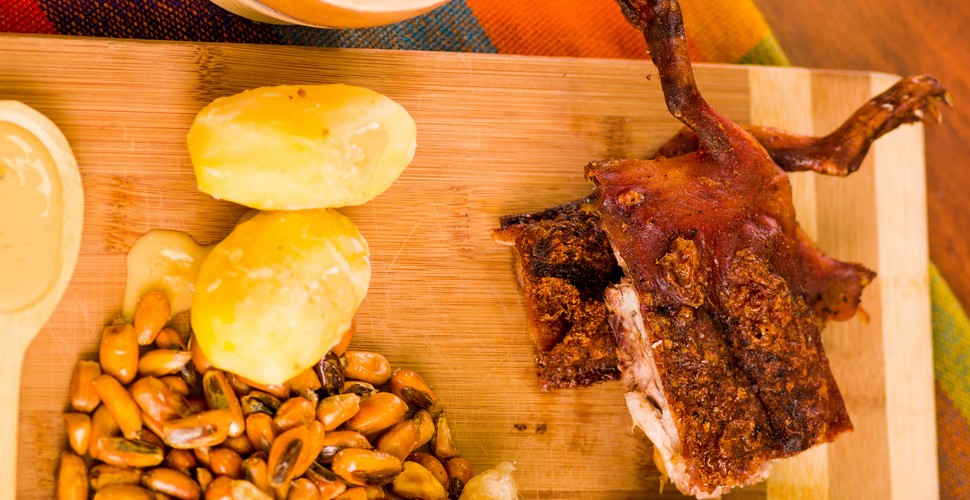 One of the reasons that Cuy is so popular to raise is the fact that it is a very low-maintenance animal, needing little space, food, and attention to thrive. It breeds quickly with up to 5 litters a year and an average of three pups per litter. Many households have permanent cages set up with dozens of Cuyes who often only need fresh alfalfa to provide them with the nutrients and water they need. In addition to the simple and easy standards of raising these animals, the Cuy meat is extremely high in protein and low in fat and cholesterol, and is very nutritious. 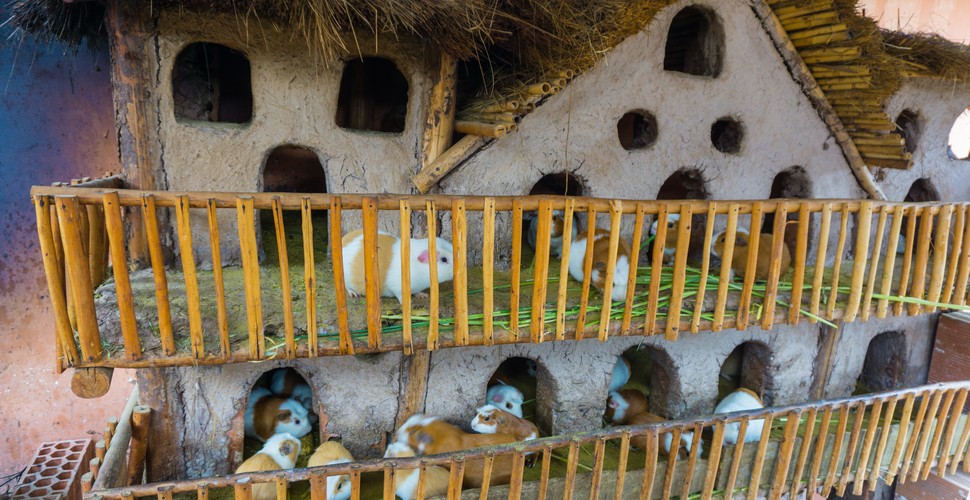 Cuy al Horno (Baked Guinea pig) is one of the best guinea pig recipes, which is a traditional Peruvian dish. This recipe calls for the guinea pig to be roasted in an oven, and it is often served with potatoes and a side of salad. Cuy al Horno is a simple dish full of flavor and is sure to please even the pickiest of eaters. This recipe is worth trying if you are looking for a new and exciting way to prepare a guinea pig. Although you will find it in almost every tourist restaurant in the country, keep in mind that the fresh guinea pigs are in Cusco. 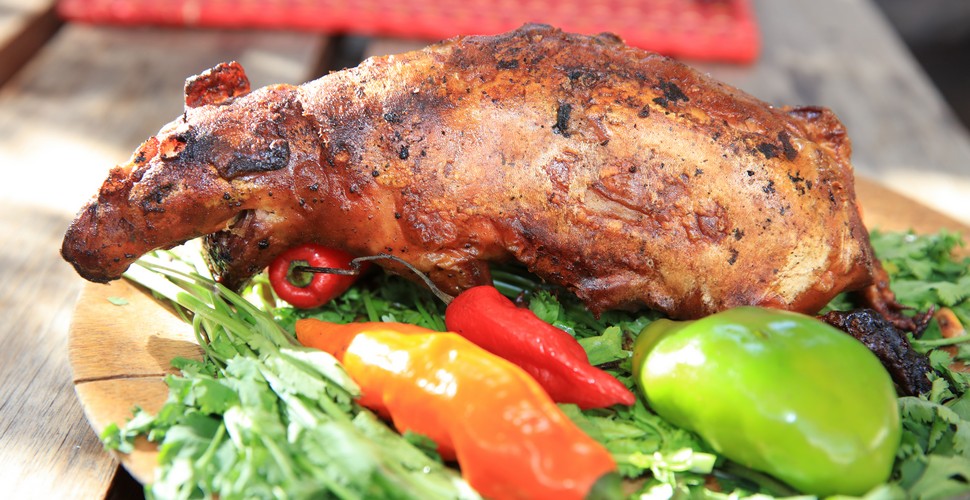 The guinea pig is coated in seasoned flour and deep-fried in vegetable oil until it becomes crunchy; in some restaurants, the chefs will use a big stone to deepen the pan for the guinea pig to be easily broken up. The deep-fried guinea pig is then served with potatoes and salad. Cuy Chactado is called the Arequipa region style, where guinea pig is mixed with spices and then fried. The result is a juicy, flavorful, and truly unique meal you won't find anywhere else. 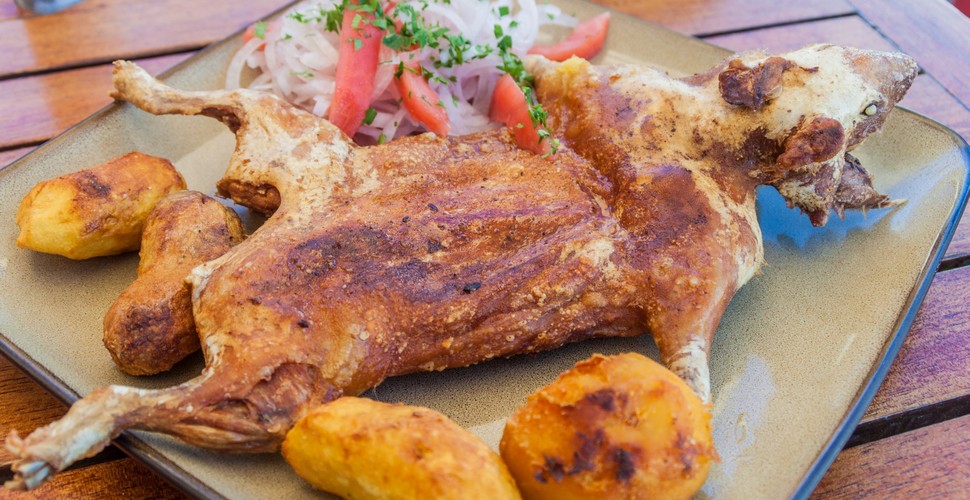 Cuy al Palo, or Guinea pig on a stick, is typical in Peru, and it's the most common way the locals prepare. The villagers do not have access to an oven in the countryside, so the best way to prepare is to roast in front of their "Qonchas," or wood-fired stoves. This style can be seen in the Sacred Valley and is widely available for visitors to the region. 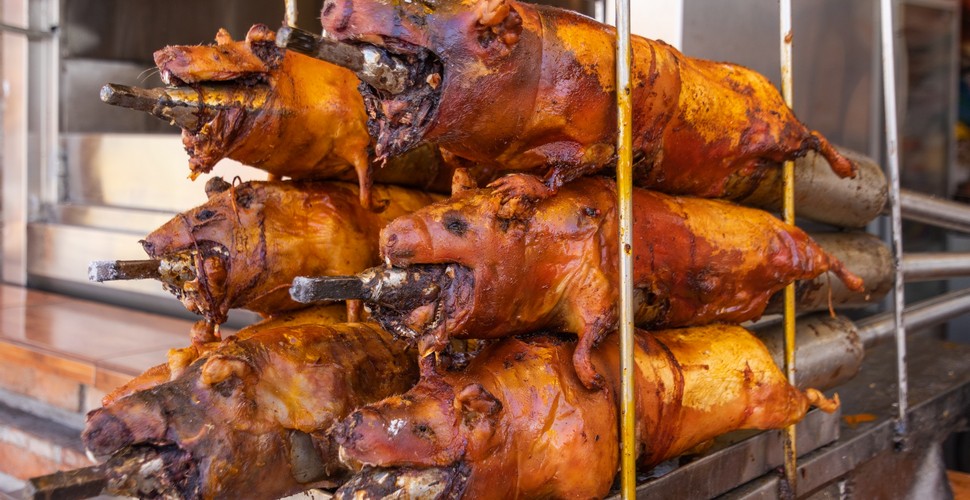 Pepián de Cuy is a hearty stew made with guinea pig meat and corn and seasoned with peppers, onions, and peanuts. This hearty stew is served with rice and avocado. 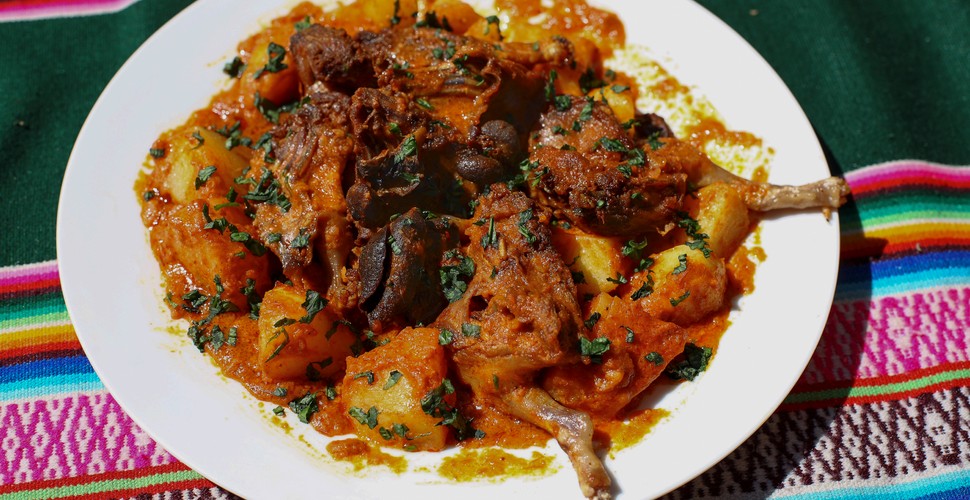 Pachamanca is a traditional way of cooking meat, vegetables, and fruits, using hot stones, and all the ingredients are buried underground. This style has been around for centuries and is very popular in Andean communities. Due to its difficulty, this dish is prepared only for big celebrations and important dates. 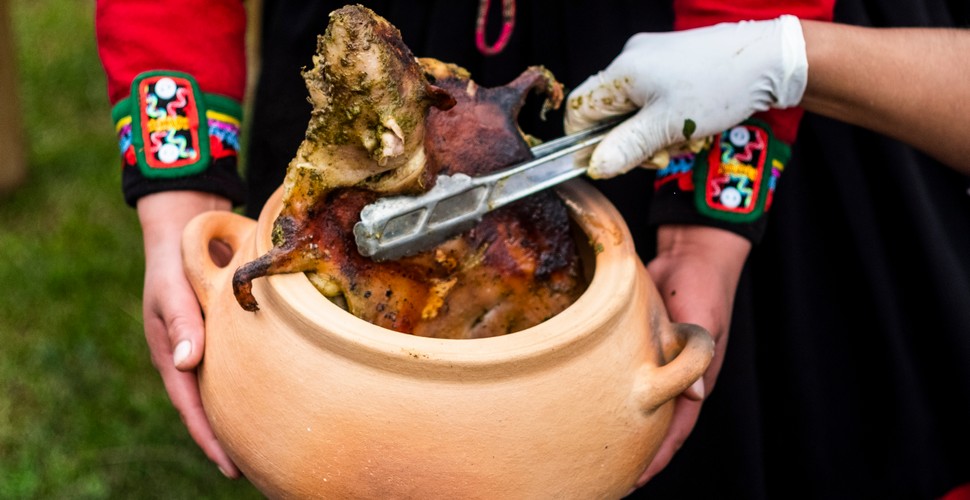