While the Sacred Valley of the Incas may get all the attention as an excellent Cusco day trip, and quite rightly so!.... if you are looking for something a little more off the beaten track, then the South Valley may just be what you are looking for. With equally impressive archaeological sites such as Tipon, Pikillacta, and “the Sistine Chapel of The Andes”, Andahuayllillas, as well as fascinating living Andean cultures in villages that specialize in guinea pig and breadmaking, and spectacular remote Andean vistas to marvel at along the way. The South Valley of Cusco offers a visitor a much more intimate and remote experience for a Cusco day tour. 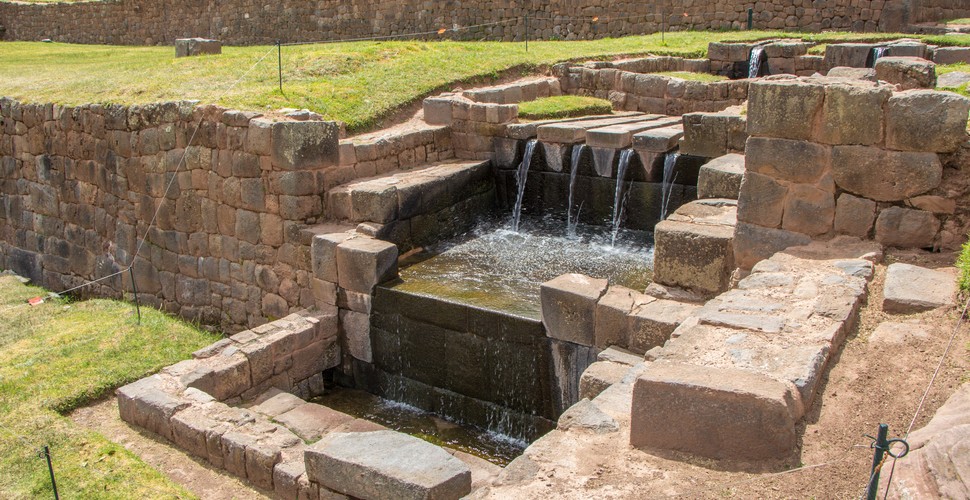 Tipon, is a masterpiece of Inca engineering that contains one of the most intact irrigation systems in the Inca world, with canals and even a working fountain fed by water melting from the ice far above the complex. Tipon is thought to have been a royal garden commissioned by the Inca Wiracocha. These terraces extend through the narrow valley and are fed by springs coming from the Apu (mountain) Pachatusan. The archaeological site is composed of a complex of temples, irrigation canals, and aqueducts. Tipon is also famous for its crispy fried guinea pig (cuy al horno) and proudly boasts the title of the cuy capital of the Andes, You can even see roasting guinea pigs on display at cuyerias along the roadsides on the visit to the South valley.

One of the things that makes this site stand out from other archaeological sites aside from its emptiness is the fact that Pikillacta is a Wari (Huari) site, which makes it pre-Inka and different from 99% of the sites that most everyone sees when visiting the Cusco Region. The Wari culture is believed to have existed from about 500 to 1000 AD, so there is not likely any overlap between the Wari and Inka cultures, but the name of the site “Pikillacta” is actually a Quechua word that translates to “City of fleas” and is believed to be an Inka reference to the previous culture being insignificant, like a flea. While the Inca and Wari did not likely have any direct interactions, the Incas did occasionally make use of pre-Inka structures like those of the Wari civilization, and this is one location where you can see examples of this. Along the main road and just past the entrance to the main site of Pikillacta you will see Rumicolca, this was originally a Wari aqueduct that the Inka were in the process of re-purposing to be one of the control points to the Cusco region from the East.

In true Baroque style, almost every inch of the walls of the Andahuaylillas church is covered with decorations. Large paintings framed in gold leaf lined the nave, while murals, including Luis de Riaño’s 1626 creation “The Way of Heaven and Hell”, covered the remaining wall space. The glittering gold altar is a masterpiece, but it is a ceiling that commands attention. Built in the Mudéjar style, the coffered ceiling is a polychromatic feast for the eyes. The vibrant colors and patterns impress, and this is why the church is nicknamed the Sistine chapel of The Andes Interestingly, the ceiling was built using a pre-Hispanic construction technique known as kur-kur, where cane, straw, and mud are shaped to look like wood. As is the case with other churches in Peru, it’s believed that San Pedro Apostol de Andahuaylillas was built over an Inca temple. The church as we know it today was built by Jesuits starting in 1570. 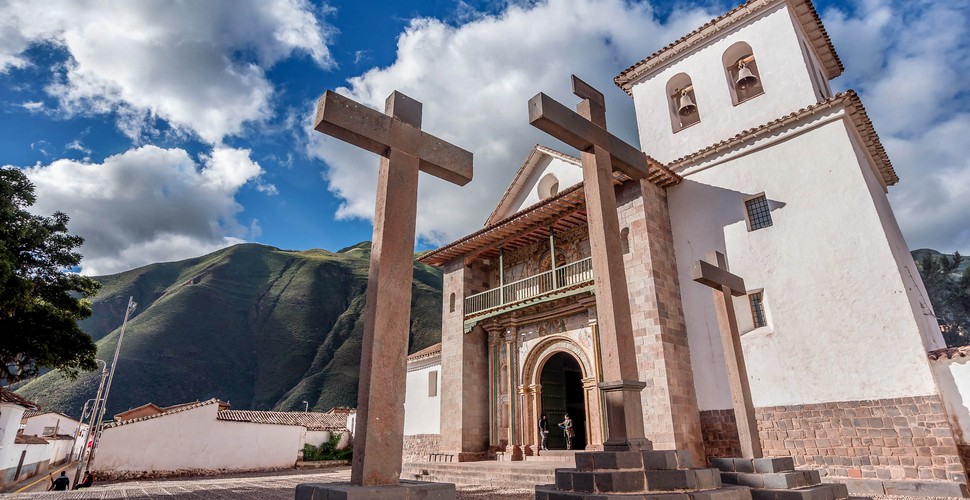