All About the Choquequirao Trek | Valencia Travel Cusco
5MINREAD

The Choquequirao trek can only be accessed via a strenuous a two-day hike from Cusco, making it one of the best off the beaten trek hikes in the Cusco region! Choquequirao is the bigger, higher, and lesser-heard of sister of Machu Picchu, without the trains the crowds and the elevated entrance fees. Here is an “all you need to know” guide to the Incas “cradle of gold” 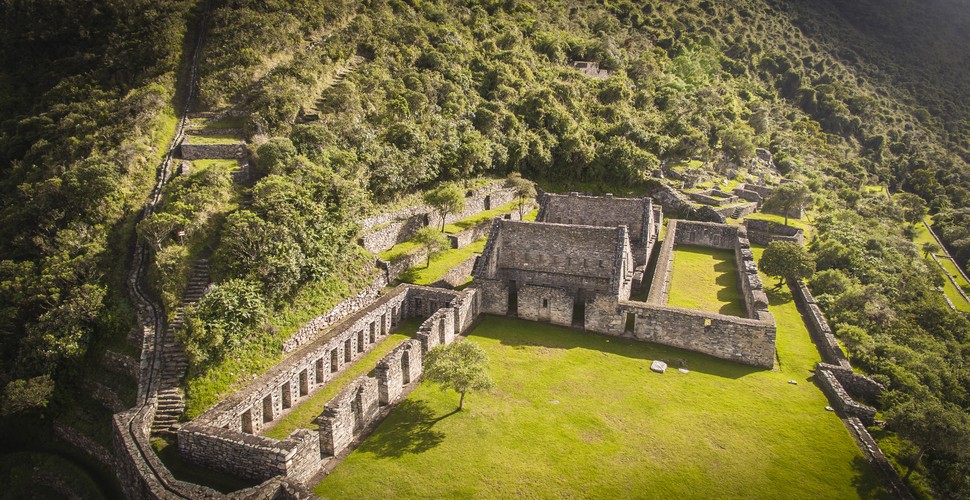 Choquequirao, can be found at an elevation of 3,050m and towers above the Apurimac River canyon on the top of a flattened hill. This Inca archaeological site was built between the 15th and 16th centuries and served as an administrative checkpoint and place of worship. Centuries after its construction, 12 sectors of the site, featuring a number of temples, houses and baths still stand today. After being rediscovered by accident, excavations began around 40 years ago. But only about 50% of Choquequirao has been uncovered so far, and much of the site is still a mystery. 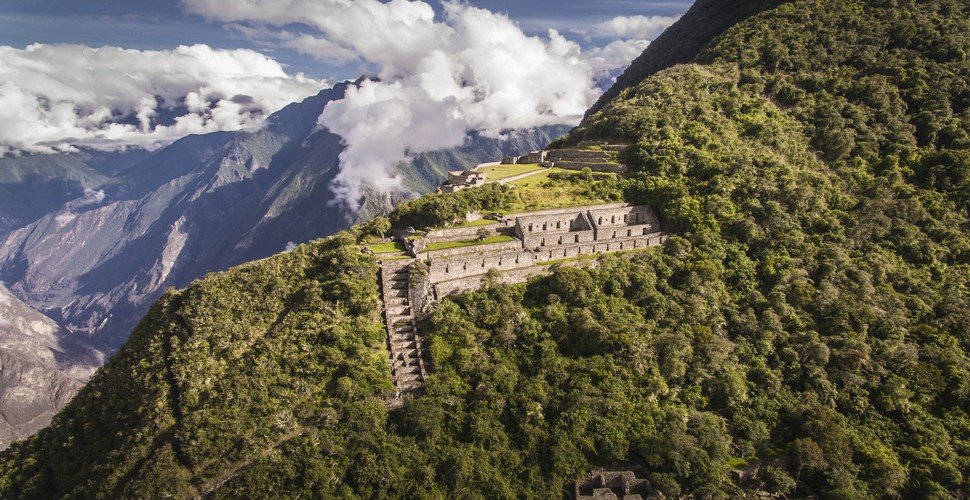 Trekking to Choquequirao requires venturing deep into the Vilcabamba mountain range and passing through a variety of eco- systems and traditional communities. The route involves several passes, many of which are quite high and steep. In addition, the sheer scale of the descent and ascent to the ruins, repeated again on the return journey, paired with high daytime temperatures that can reach up to a scorching 36°C make for a somewhat challenging trek that requires great determination and high energy levels. 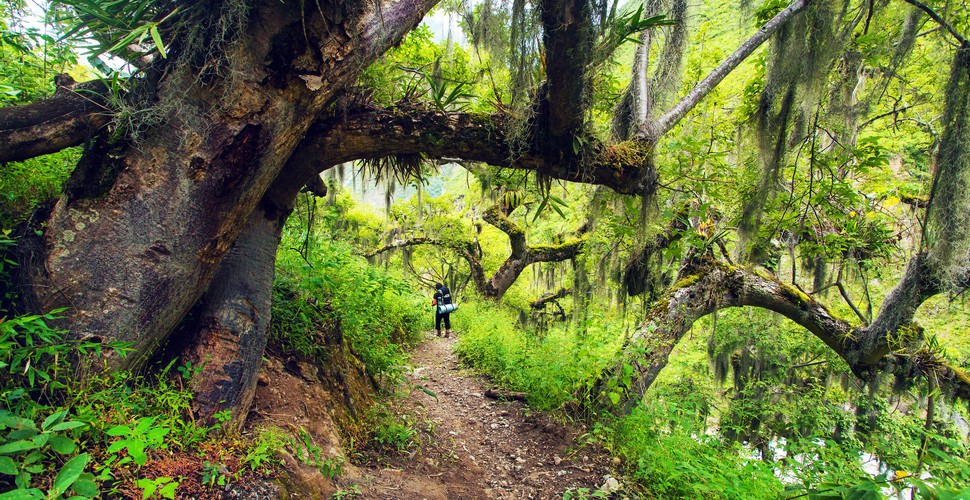 The trailhead to Choquequirao usually begins in Cachora, as well as an alternative route via Huanipaca, at an elevation of about 2,900m and is a four hour drive from Cusco From there, you descend into the Apurimac Canyon and end your first day at the mountainside settlement of Chiquiska. 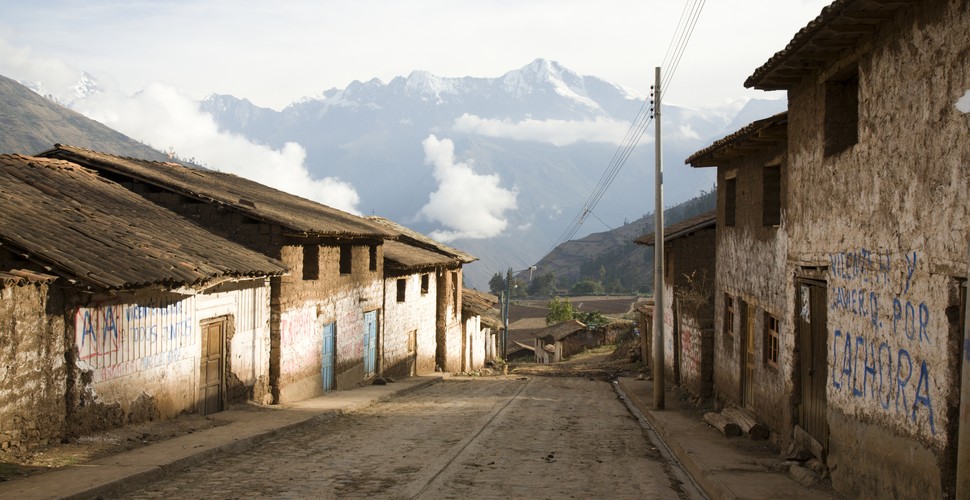 This campsite is excellent for star gazing and resting up for the next day’s challenge, hiking along the Apurimac River, through the local communities of Santa Rosa and Marampata. 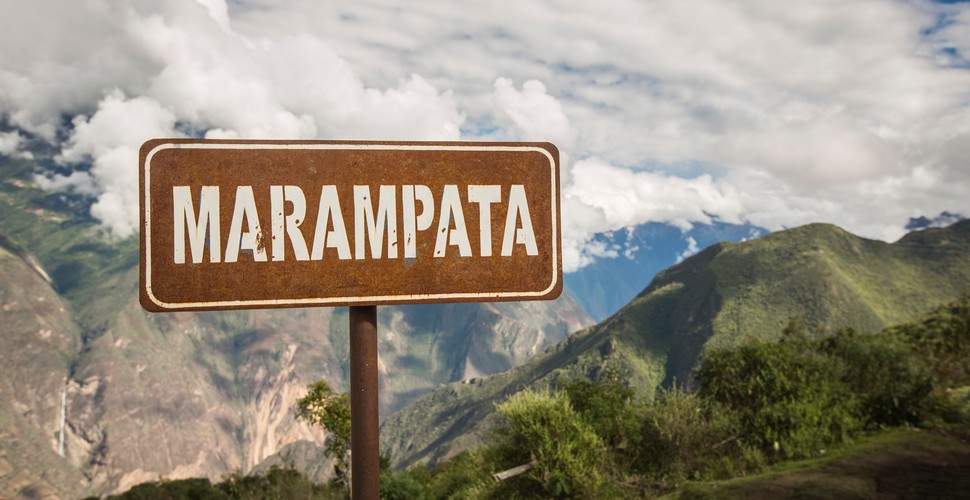 The real challenge begins at the bottom of the canyon, when you start the main ascent, a steep climb of 3,000m, out of the rocky canyon and into the cloud forest. Finally, after a day’s trekking, the trail becomes less intense as you approach the archaeological site. After crossing the final bridge, prepare to be awe-struck at the magnificence of Choquequirao. 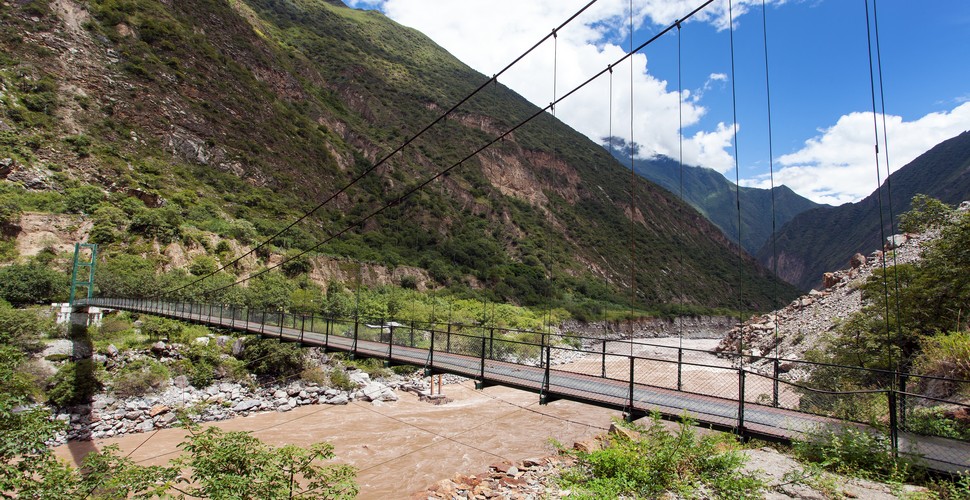 Bridge over the river, before the ascent

The Choquequirao ruins will take another few hours to fully explore, and much of it has been overgrown by jungle foliage and wildlife. The archaeological complex is surrounded by ancient irrigation systems and terraces, which provided water for the agricultural site and the people who resided there. Much of the site is dedicated to water, with water temples and constructions near the aqueducts. 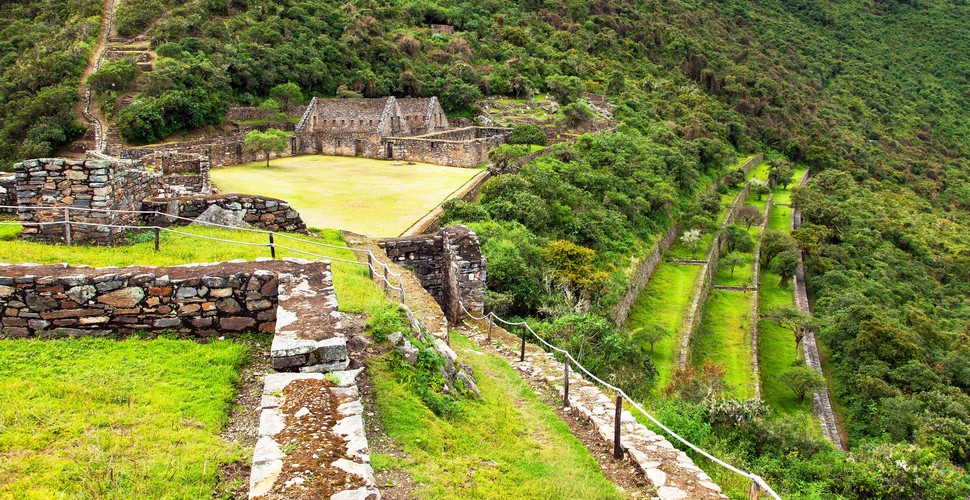 The other sectors, consist of a number of impressive terraces, containing a variety of constructions, farming areas, and ceremonial sectors. The skilled stonework at Choquequirao features designs of people, llamas and other central figures set into the stonework, perfectly represented in the llama terraces. 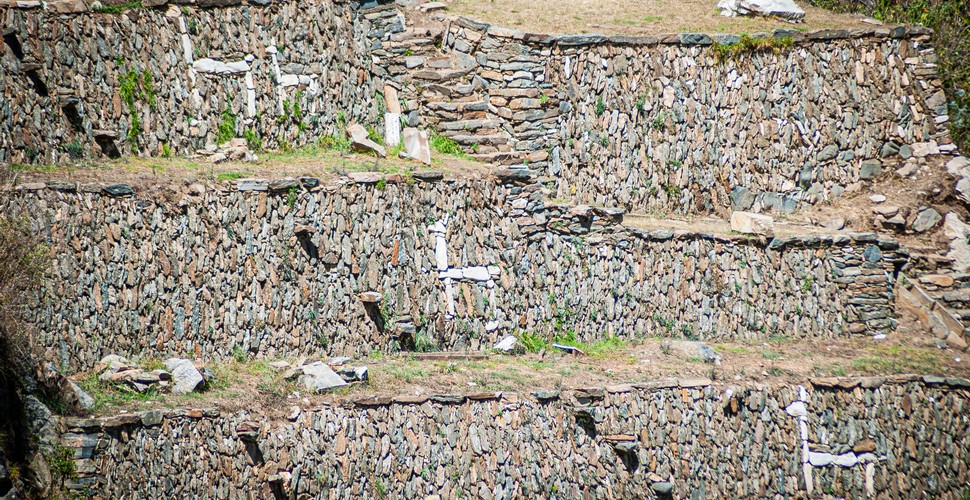 Making the most of the trip

Because the trek doesn’t require any permits unlike the Inca trail it is actually possible to trek Choquequirao on your own, however, the logistics of such a trek are tricky with little or no supplies along the way, so you have to carry everything in and out. Most people choose to join a group with an experienced guide, mules, porters and cooks, making for a safer and more social adventure. Some tours also connect Choquequirao with other sites like Machu Picchu, in longer itineraries lasting 8 or 9 days. 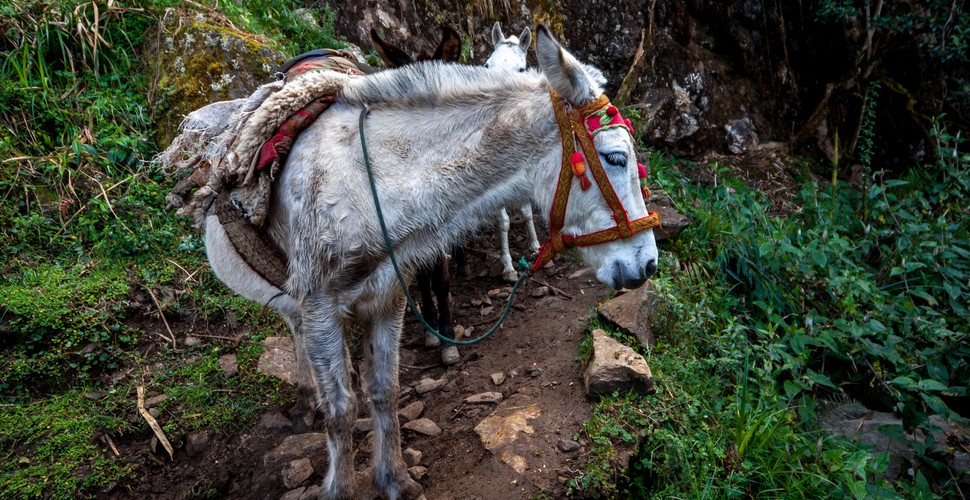 Trusty mule on the trail

The trek itself is not usually too crowded with other trekkers, offering a more remote experience, and stopping at villages to interact with locals offers unique and authentic encounters. Before attempting the trek, it’s a good idea to do some local hiking and exercise, to prepare. Make sure to bring sturdy walking shoes, moleskins for blisters, water, sunscreen and bug spray. The mosquitoes and sandflies can be challenging, but the good news is that they are not likely to carry any infectious diseases. 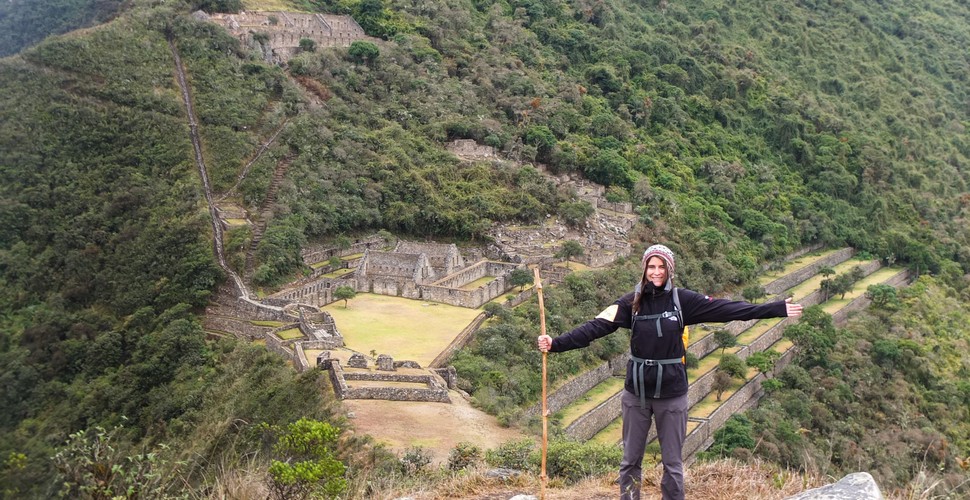 Choquequirao is also close to other areas of interest, such as Sayhuite, a stone replica of Machu Picchu, carved into the rock and Chonta, the Condor Canyon, where you can witness Andean condors) soaring above you. The region is known for its organic mangos and avocados which are some of the best in the world. 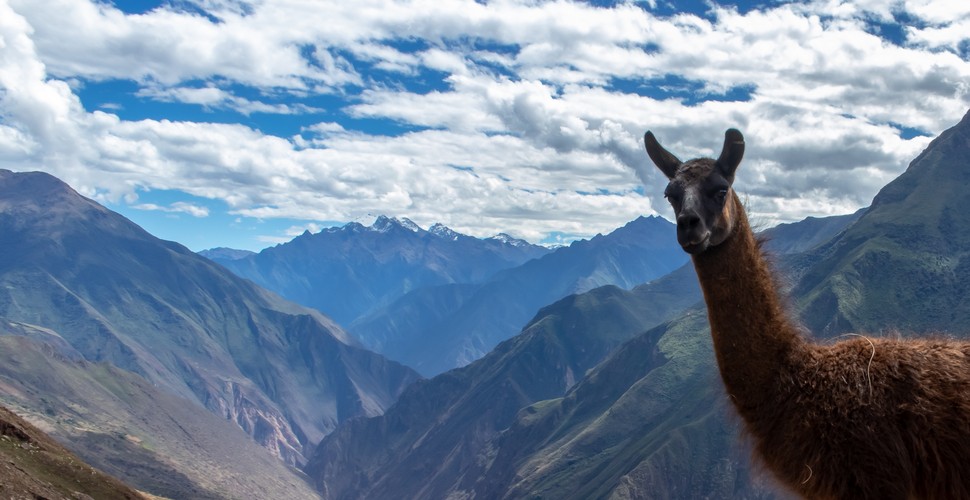 Although Choquequirao is totally off the beaten track and out of reach for most, there is a planned cable car to be built to provide easier access to the site. The expensive, government-funded plan will bring investment and new wealth to local communities but will also probably commercialize the area. So, now is the best time to make the trip if you are looking for a more unspoilt experience. 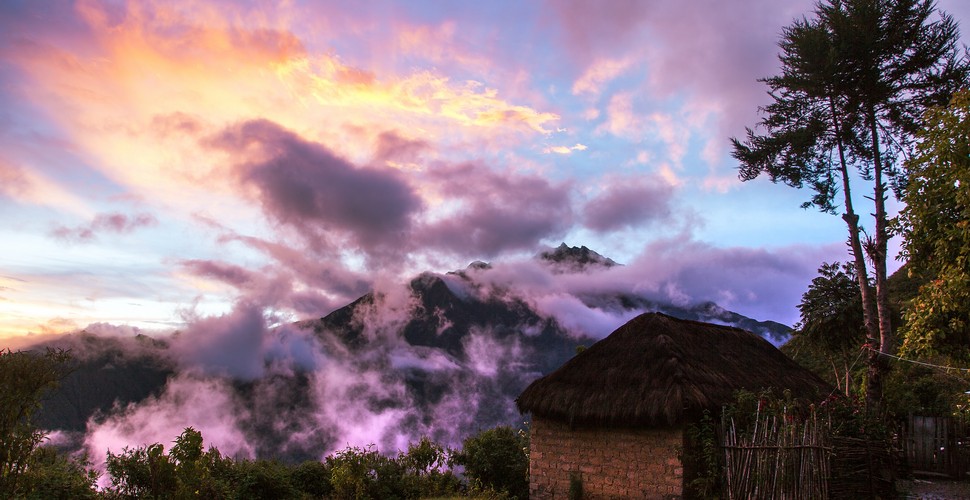 Sun set on the hike